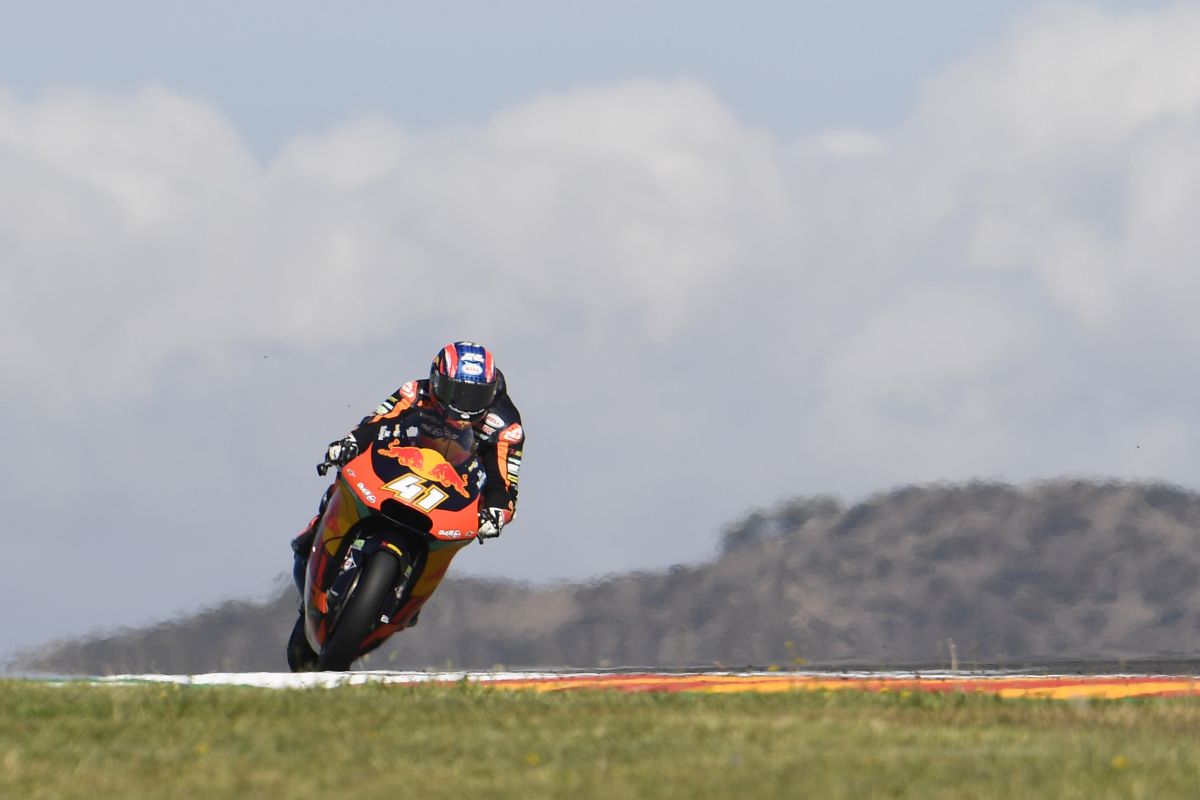 After an intense opening day at the Aragon Grand Prix, the Red Bull KTM Ajo Moto2 team made the most of their potential in qualifying today at MotorLand. In FP3, Brad Binder and Jorge Martin made it straight through to Q2, where the South African rider achieved a fantastic third position, meaning that tomorrow he will start from the front of the grid.

In the early part of FP3, the Red Bull KTM Ajo Moto2 duo demonstrated their capacity to make it directly into Q2. Brad looked strong, lapping amongst the leading riders. Ultimately, the South African was ninth – 1:53.100.

Courtesy of that performance the Red Bull KTM Ajo Moto2 pair went straight into Q2, where they both managed to take further steps forward. Brad stepped it up in the final part of the session, notching his personal best of the weekend – 1:52.426 – to put him third, placing him on the front row for tomorrow’s race.

The Moto2 race at the MotorLand Aragon circuit will start tomorrow at 2:30 pm local time.

#41 BRAD BINDER
“Starting from the front row is the most important thing for tomorrow. I feel great and the pace is good this weekend. It was hard for us to set a quick lap, but little by little we got closer. I am satisfied with how things went in qualifying and I’m looking forward to having a strong contest tomorrow. We still have some work to do in the warm-up, but in general I’m positive. I would like to find something that makes me feel a little more comfortable on the bike, but I know that if I can get away in the front group at the beginning, my strong point is usually the final part of the race. I will give my maximum and see what we can get.”