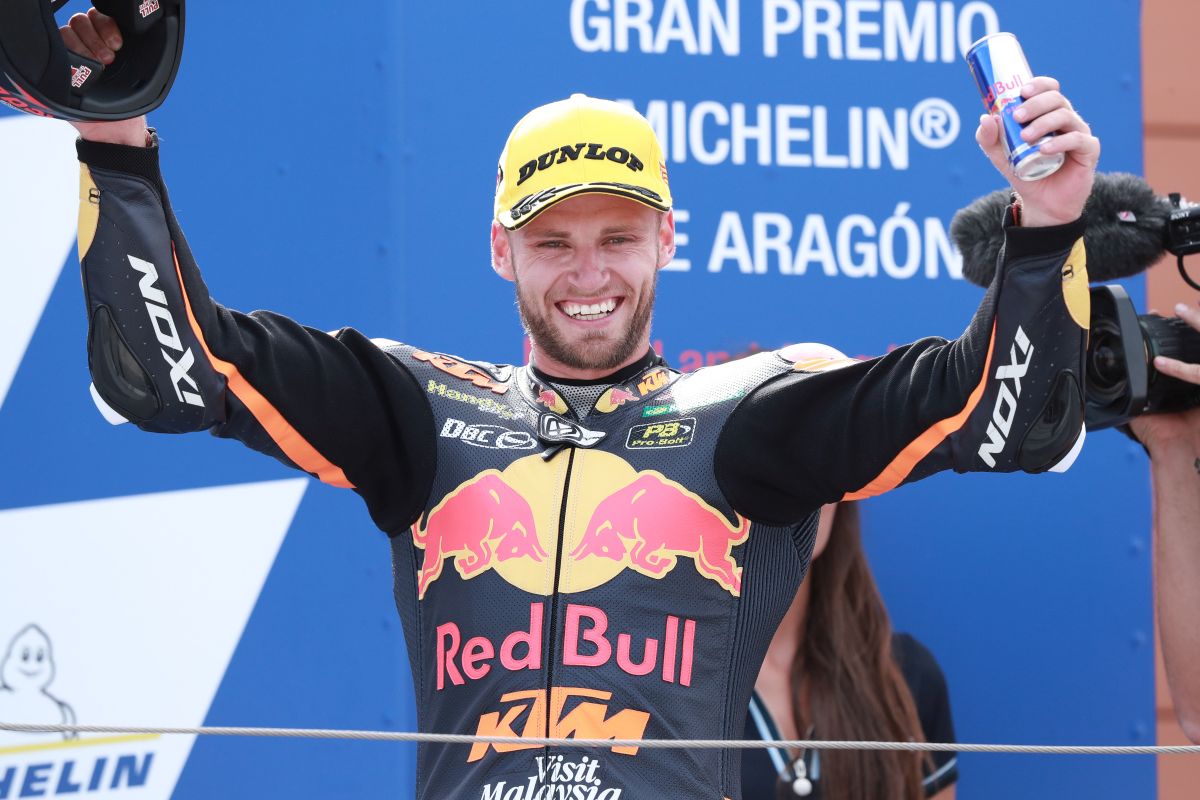 The Red Bull KTM Ajo Moto2 had a fantastic day at MotorLand Aragon, with Brad Binder taking the victory for the second time in 2019. It was the South African’s fifth podium in seven races, as he completely outperformed his rivals at the Spanish track.

Brad made a strong start from third place on the grid, taking the lead on the first corner and holding on to that position right to the checkered flag. The Red Bull KTM Ajo rider set a rapid pace right the initial stages, increasing his advantage over his rivals and reaching the halfway point of the race with a lead of more than a second.

Following this brilliant result at Aragon, the Red Bull KTM Ajo Moto2 team now head East, for the next round of the World Championship at the Buriram Circuit, where the Thailand Grand Prix will take place from 4th to 6th October.

#41 BRAD BINDER
“The key to this race was making a strong start which allowed me to lead right from the first lap. I decided it was better not to check the board and just do my best. I was riding as hard as I could and it wouldn’t have helped me to see if my advantage had increased or decreased. I tried to be as smooth as possible. In the end we crossed the finish line first, and that’s what matters most. It’s a great day for me and my team and I want to thank them. I’m really happy. The second half of the year is always best for me because we go to the circuits where I’m stronger and I enjoy riding the most. There are still a few rounds left before the end of the season and I hope to get back on the podium again.”