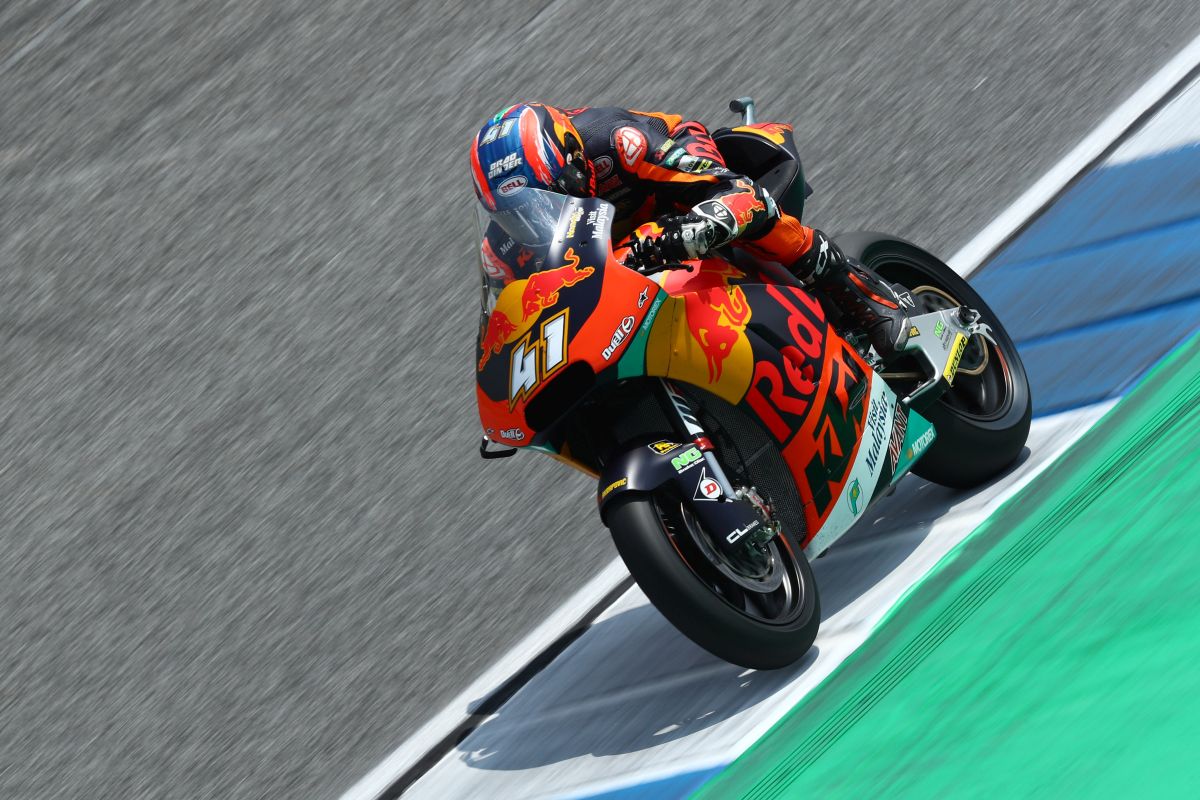 As the final stretch of the 2019 Moto2 World Championship commenced with the Thailand Grand Prix at the Buriram International Circuit on Friday, the Red Bull KTM Ajo Moto2 riders had a promising first day. Both of them provisionally made it into Q2, with Friday’s practice times given extra significance due to the forecast of rain for FP3 on Saturday morning. In addition, Brad Binder and Jorge Martin both reduced their times from FP1 in FP2.

The light rain which fell at the beginning of FP1 would not hinder Brad Binder, as he moved to the top of the timesheets early. The South African consistently improved his times, with his final lap being his personal best of the morning – 1:36.606 – as he finished the free practice in eighth place.

In the afternoon, the Red Bull KTM Ajo duo were on the pace again, with both of them lapping faster than in FP1. Brad finished FP2 in seventh position, with a personal best of 1:36.113 set on his last lap of 20, putting him less than two tenths off the top spot.

Tomorrow, the Red Bull KTM Ajo Moto2 riders will have one last free practice before qualifying, which will start at 3:05 pm (Q1) and 3:30 pm (Q2) local time.

#41 BRAD BINDER
“Today was a pretty good day for us. This morning it took a little longer to find the right feeling, but in the afternoon we took a big step forward and I’m very happy about that. We have a good pace and I feel satisfied. However, the final result is not what we hoped for, besides we had some problems when switching to the new tyres which complicated things. There are a couple of points that we have to improve for the qualifying and if we get those right we can go even faster. I am very motivated for tomorrow and we’ll see how far we can go.”