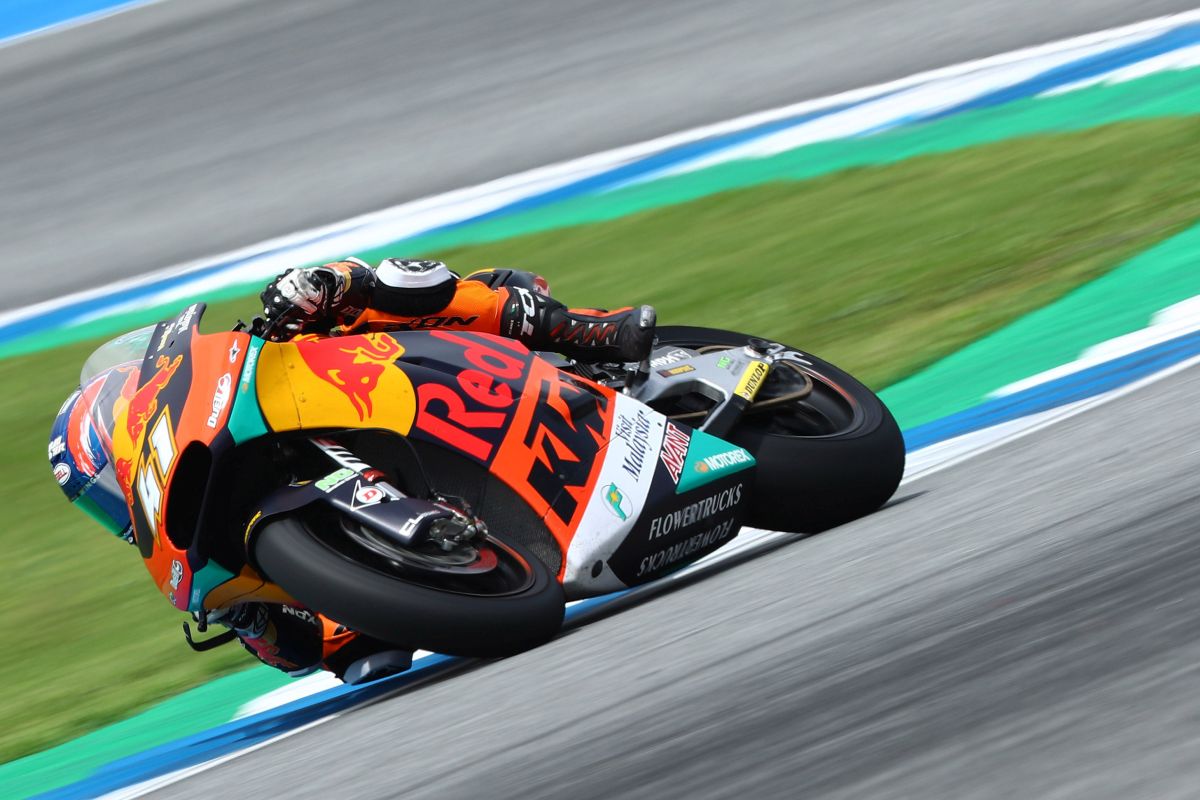 Red Bull KTM Ajo’s good feelings from Friday were further enhanced on Saturday at the Thailand Grand Prix, with the team’s riders both well placed on the starting grid at the 15th round of the 2019 World Championship. Brad Binder was 12th and tomorrow he will begin the contest from the fourth line.

The morning session was reduced from 40 to 30 minutes, following the heavy rain which had fallen early in the day. Brad was very consistent throughout FP3, matching his Friday pace and riding towards the top of the timesheets. On his 14th and final attempt, he recorded a 1:36.117 to end sixth.

The Red Bull KTM Ajo pair therefore went straight into Q2, a session which saw Jorge Martin achieve his best qualifying result to date as a Moto2 rider, positioning himself on the first row of the grid. For his part, Brad Binder notched his personal best of the weekend: 1:35.817, leaving him less than 0.5s off pole position. The South African ended 12th and so tomorrow he will start the race from the fourth line.

#41 BRAD BINDER
“In general, it turned out to be a decent day, even if in the morning it was kind of hard for me to feel comfortable on the bike. We made some improvements for qualifying but what we gained in some aspects we lost due to a lack of rear grip. It was hard in Q2, but the important thing is that my times were good. I believe that not setting a fast lap isn’t a big problem, because if we keep up our pace tomorrow we can have a solid race.”