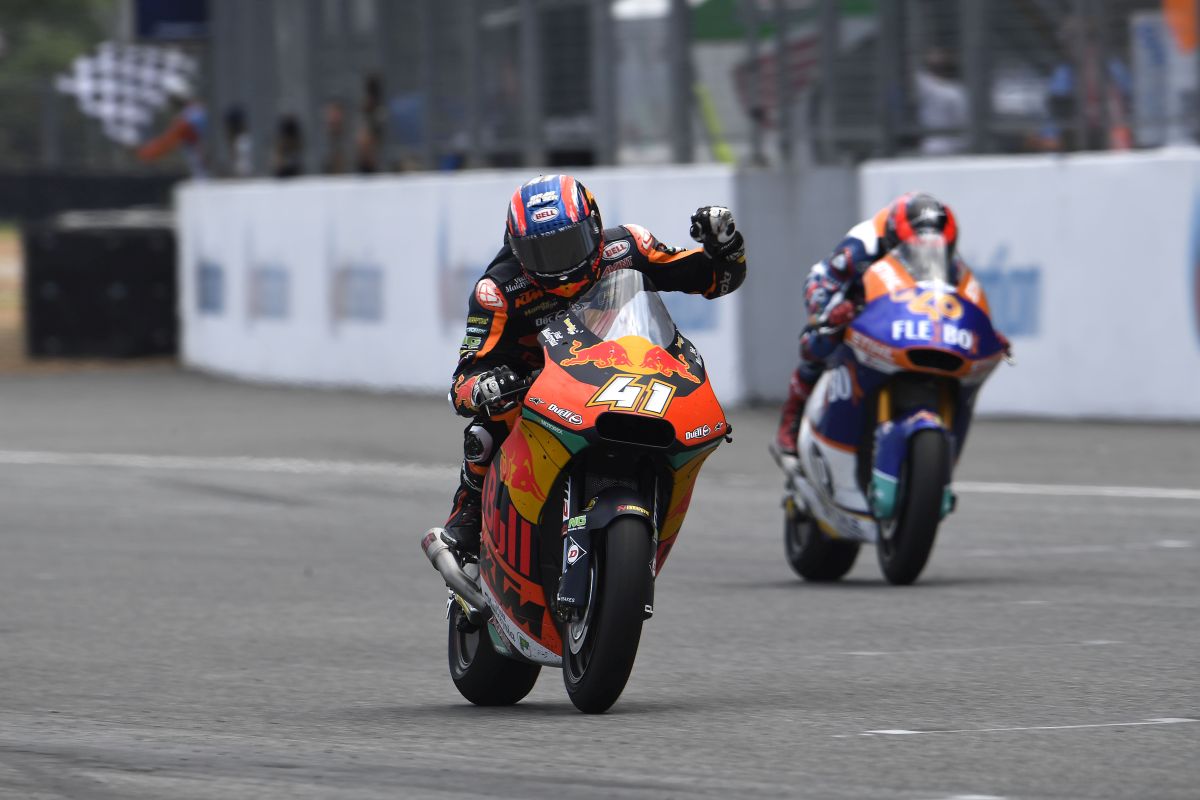 The Red Bull KTM Ajo wrapped up a great weekend in Thailand with another podium result for Brad Binder, who gained 10 positions in the race and finally finished second after a great move on the last corner of the last lap. The South African rider therefore signed off his sixth podium in eight Grands Prix.

Brad made a great start, moving up from 12th on the grid to seventh place at the end of the first lap. The South African produced a very strong pace throughout the race, pushing through the field to reach the group fighting for second place on the podium.

After an intense final battle, the Red Bull KTM Ajo rider took the second spot, getting the better of a rival on the last corner of the final lap. The result is Brad’s sixth podium in the last eight races and takes him up to third in the championship standings, with 180 points.

The next date on the calendar for the Red Bull KTM Ajo Moto2 team is the Japanese Grand Prix, which will take place at the Twin Ring Motegi from 18th to 20th October.

#41 BRAD BINDER
“I’m very happy with today’s result. Starting 12th made everything harder for me. In the qualifying I didn’t really feel comfortable, so it was a long night whilst I thought about how to improve for the race. Finally, this morning in the warm up we took the step forward that we needed. I have to thank the team, because in the race I had the best bike of the whole weekend, which is the important thing. I feel very strong for the next Grand Prix.”