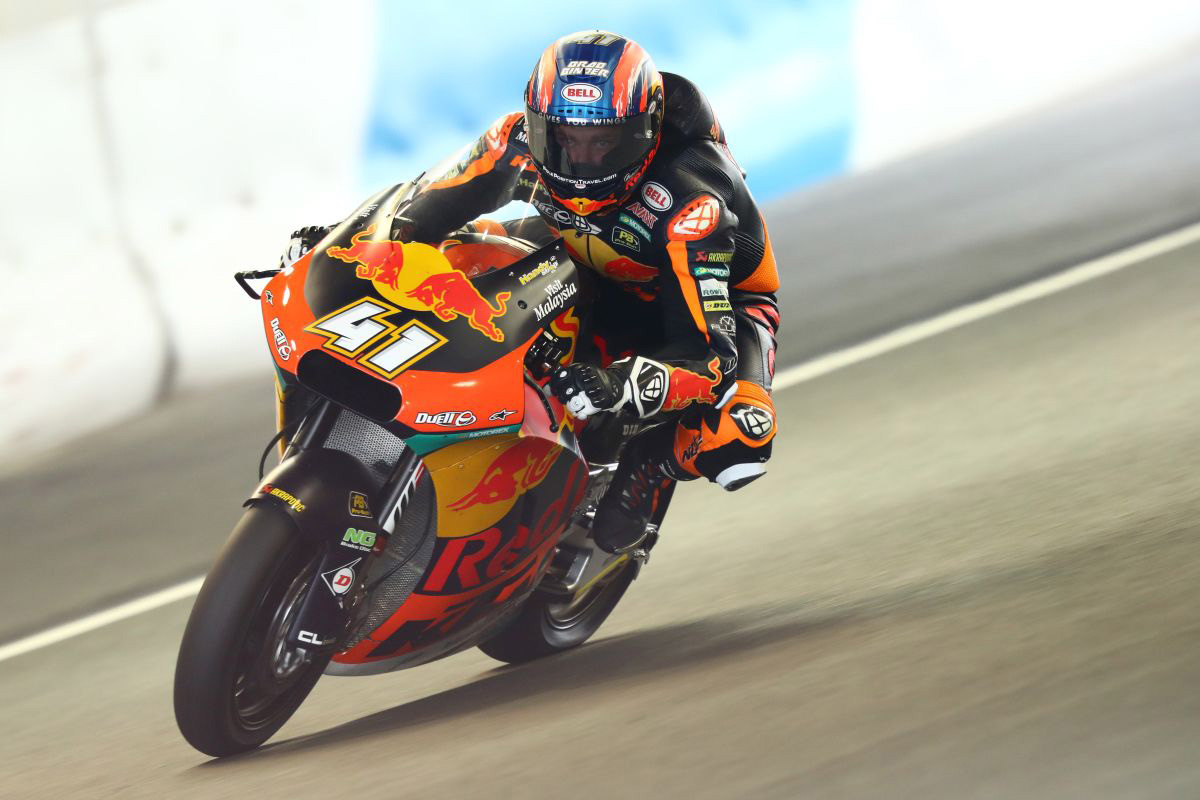 The Red Bull KTM Ajo Moto2 team had a positive opening day at the Japanese GP, with Brad Binder and Jorge Martin amongst the fastest and most consistent riders on Friday at Motegi. The South African led the morning session and was at the top for much of FP2, eventually finishing second in the afternoon just ahead of his teammate, Jorge Martin, in third position.

Brad looked strong right from the early hours of the morning, placing himself at the head of the timesheets at the beginning of FP1. The South African put together four fast laps in the second half of the practice, also demonstrating his consistent pace. Finally, he finished 1st, with a 1:51.055 on his last attempt.

In the afternoon, Brad was back on the pace, leading the way for much of FP2. On his last lap, the South African beat his morning time to finish FP2 second by just a tenth of a second, with a 1:50.828 which also put him second overall on the combined timesheets.

Brad and Jorge’s Friday results would provisionally put them straight into Q2, with a possibility of rain for FP3 on Saturday morning. The Moto2 grid positions at the Japanese GP will be contested tomorrow in Q1 and Q2, at 1:30 pm and 1:55 pm local time, respectively.

#41 BRAD BINDER
“Overall, today was a pretty good day. I rode really well this morning, but in the afternoon we made some changes and I didn’t feel as good on the bike, even though I improved my times. I wasn’t able to make a perfect lap, however I’m happy, because it’s the best I’ve felt on a Friday so far. We solved some issues which we had struggled with at the last few races, so I think that thanks to these improvements everything will be easier in the next Grands Prix. I’m ready to work hard again tomorrow, and I hope the weather will be good so I can prepare for Sunday’s contest.”