Brad fights to twelfth in Japan 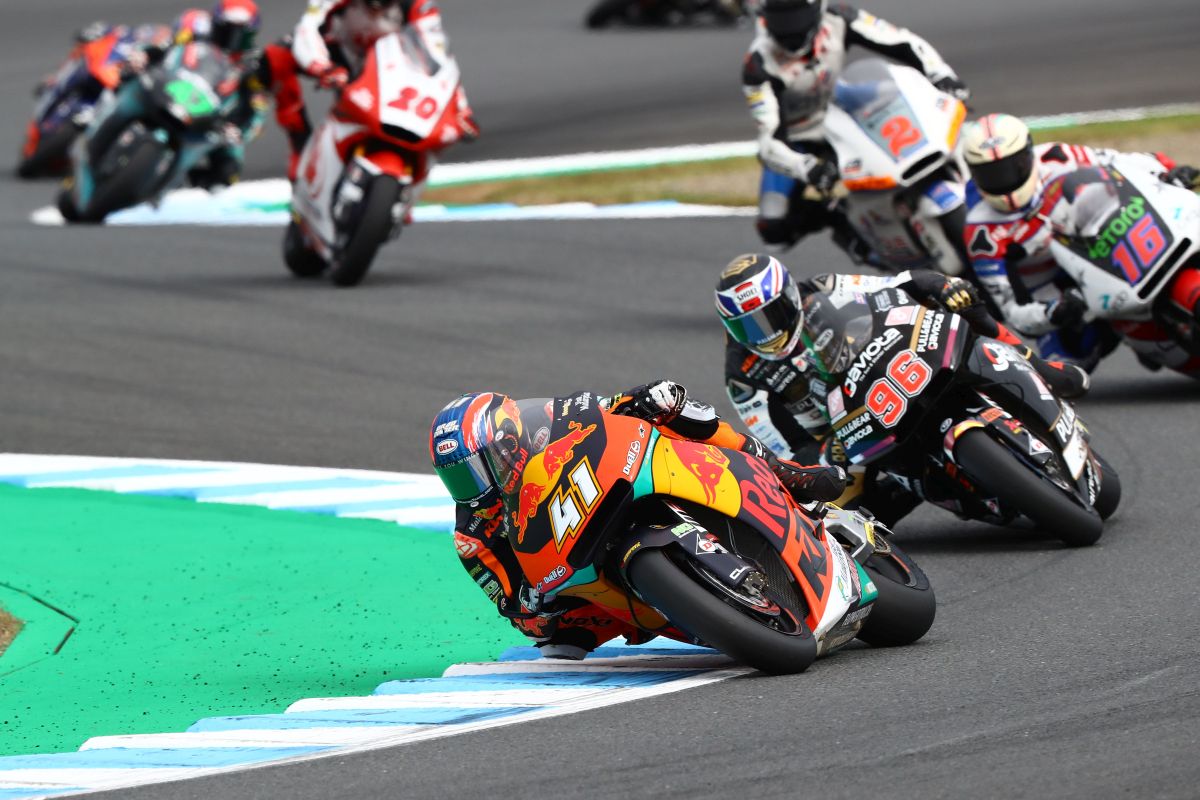 Brad Binder had to save a crash at the start of today’s Japanese Grand Prix at Motegi which lost him several positions, forcing him to fight back and eventually take 12th place.

Brad started well from the sixth row of the grid and, at the first corner, he overtook four rivals. The South African set a strong pace but on the third lap he lost several positions when saving a crash. He therefore dropped back to 21st, but he managed to make his way back up to 12th by the end of the race, setting similar times to the leading riders.

Following this result, Brad sits fifth in the championship, with 184 points.

With no time to rest, the Red Bull KTM Ajo Moto2 riders head straight on to the Australian Grand Prix, which will take place at the Phillip Island circuit from 25th to 27th October.

#41 BRAD BINDER
“Today wasn’t a good day. From the very first lap I realised that something was wrong with the rear tyre, as I had no grip. There were some further problems as well, so I decided to play it safe and finish the race. Today we had some bad luck and it’s a shame because we were having a good weekend. We were fast from the first moment here. That’s racing and in Australia we will fight again to be up front.”