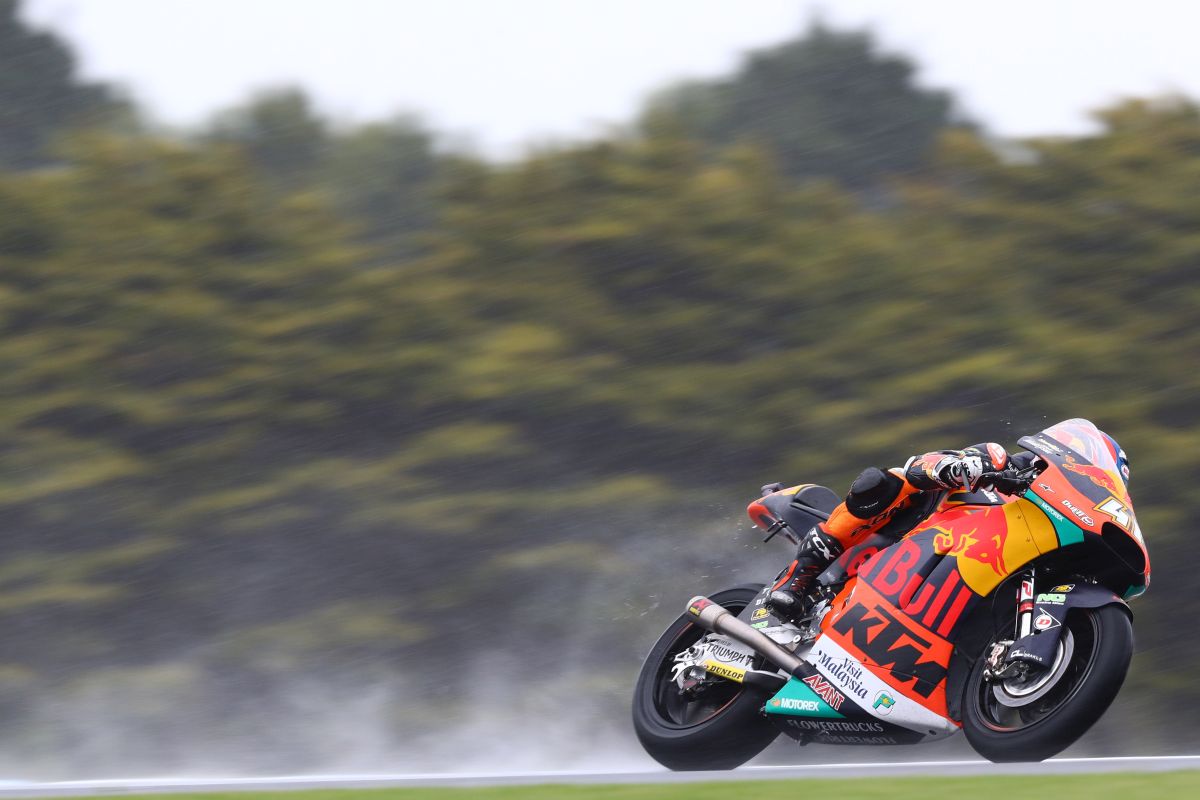 On the opening day of the Australian Grand Prix the Red Bull KTM Ajo Moto2 riders proved that they really like the Phillip Island Circuit, with Jorge Martin and Brad Binder respectively finishing first and second on Friday’s combined timesheets. Brad took a big step forward in the afternoon and was just three tenths of a second off his teammate’s.

In FP1, the Red Bull KTM Ajo pair worked in tricky conditions after some early morning rain. Brad produced competitive lap times during the FP1 and eventually improved his personal best to 1:48.142, to end in 15th place.

In the afternoon, under clearer skies the Red Bull KTM Ajo Moto2 duo were able to take advantage of the dry conditions. Brad ended second, having also been one of the top riders throughout the FP2. After putting in a total of 22 laps, the South African clocked a personal best of 1:33.353.

Courtesy of today’s results, both Red Bull KTM Ajo riders are provisionally positioned to go into Q2, with FP3 still to come tomorrow morning. The grid positions at the Australian GP will be contested on Saturday in Q1 (1:30 pm) and Q2 (1:55 pm).

#41 BRAD BINDER
“It was a pretty good day for us. This morning I wasn’t so comfortable riding in wet conditions but in the afternoon straight away things started to go much better. I was surprised how good I felt on the bike. There are a couple of things that we have to work on tomorrow, but if we improve on those points, we’ll take a big step forward. I’m very happy, as I can see that we are fast, so now we need to be very focused for the qualifying.”