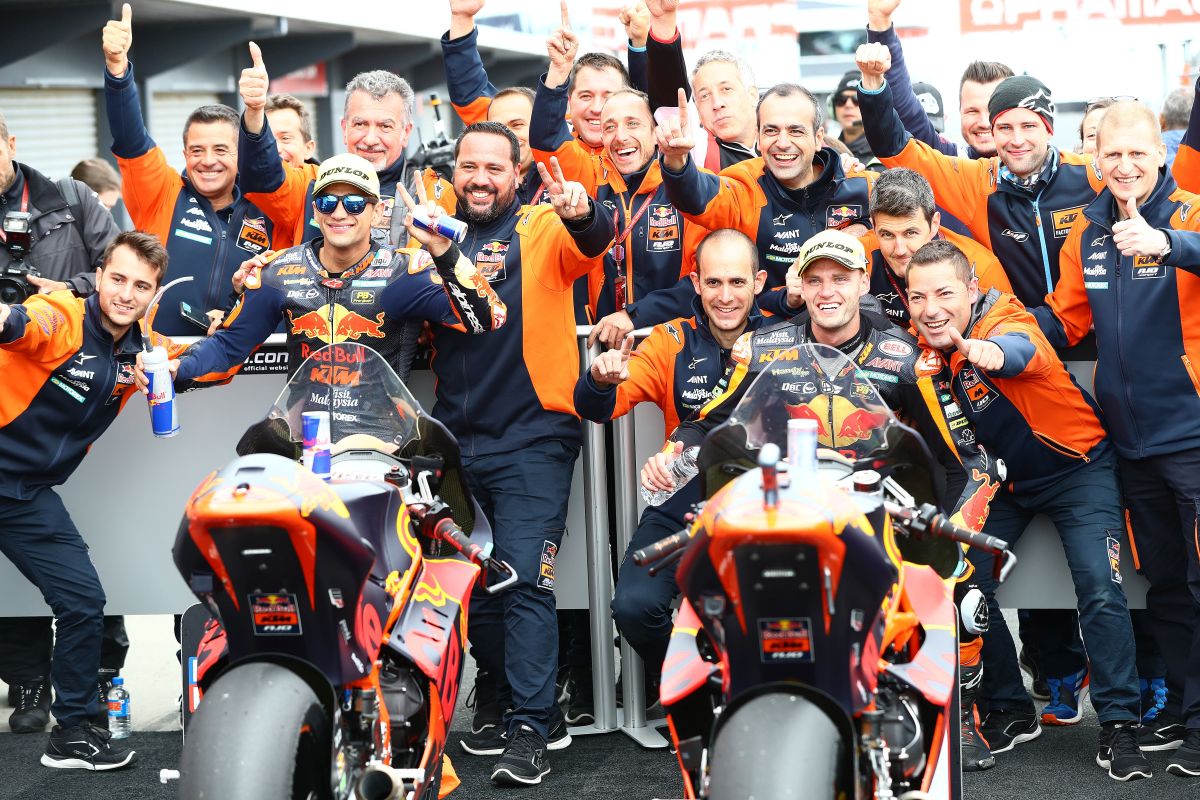 On Sunday Red Bull KTM Ajo Moto2 once again demonstrated just why Phillip Island is one of the team’s most favoured tracks, after securing victory at the Australian circuit for the third consecutive year. Brad Binder, who led the race from start to finish, recorded his third win of the season and is now the rider with the most victories in the team’s history.

Brad was untouchable in the Australian Grand Prix race, dominating from the very first corner right to the end. The Red Bull KTM Ajo rider maintained a consistent pace lap by lap, trying to keep the distance ahead of his teammate, Jorge Martin, as the Spaniard sought to hunt him down.

Brad would make it his third victory at Phillip Island and his third win this year. With this result he moves up to third position in the championship on 209 points and he is still in with a shot of the Moto2 World Championship title, with two races to go.

With no time to rest, the Red Bull KTM Ajo Moto2 team will now fly to Kuala Lumpur for the Malaysian Grand Prix, which will be held next weekend, from 1st to 3rd November.

#41 BRAD BINDER
“It’s great to be on the podium again, but today wasn’t an easy race. The gap to Jorge [Martin] was increasing and decreasing throughout the race, but I just never got away from him. I gave it my maximum, pushing from the first to the last lap and we kept up a good pace throughout the contest. I’m very happy to have contributed to the 1-2 for Red Bull KTM Ajo and, of course, it’s always a very nice feeling to win in the World Championship.”