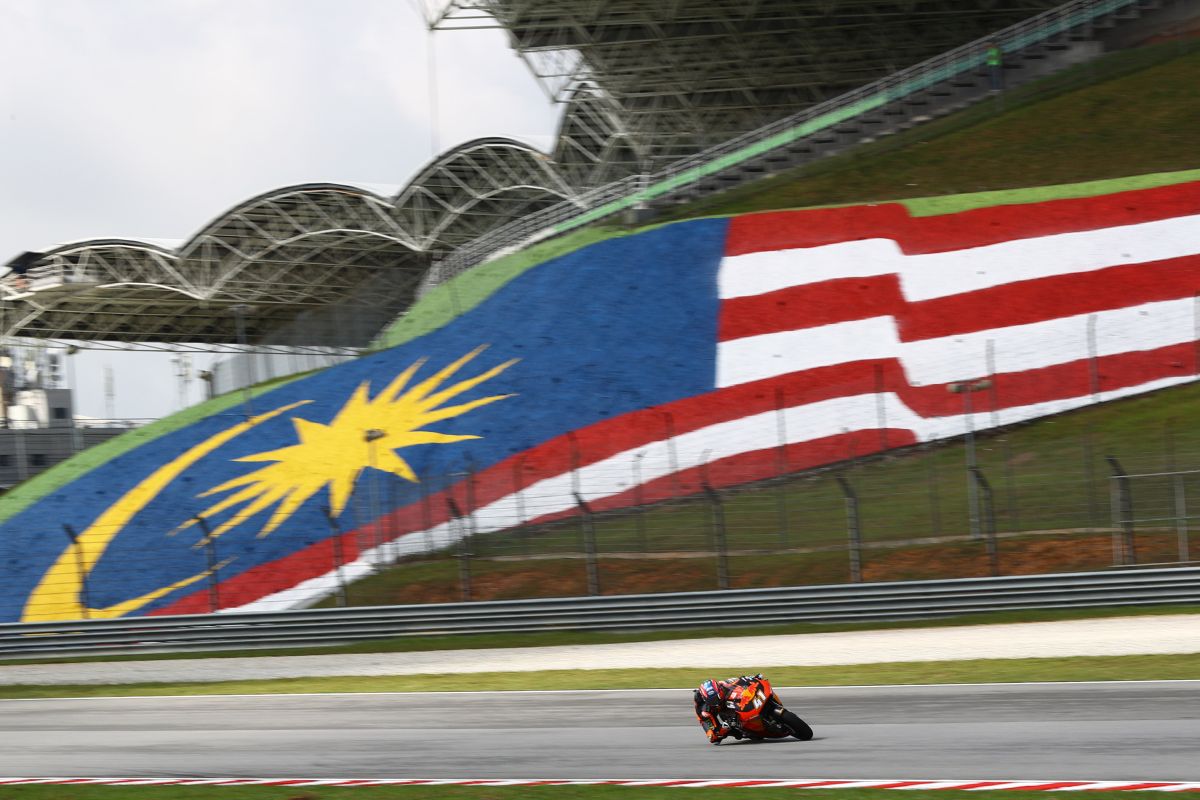 The penultimate weekend of the 2019 Moto2 World Championship could not have started more positively for the Red Bull KTM Ajo Moto2, as they topped the combined FP1 and FP2 timesheets, with Brad Binder closing the day in fourth place, making it a solid Top 5 for the team on the opening day of the Malaysian GP.

The South African had to work hard at the beginning of FP1 to find a good feeling at Sepang. His efforts would pay off in the last minutes of the session, as Brad took a big step forward: he was one of the few riders setting laps below 2:07. Finally, Brad ended second with a 2:06.410 time, being just one tenth off the top spot.

In the afternoon, the Red Bull KTM Ajo Moto2 pair were fast and consistent right from the beginning of FP2, producing Top 5 times. Brad finished fourth in the practice, thanks to the personal best he set on his 15th and last attempt – 2:06.457.

Courtesy of today’s results, both Red Bull KTM Ajo riders are provisionally placed to go straight into Q2, with FP3 still to come tomorrow morning. The Moto2 Q1 session on Saturday will start at 1:30 pm, followed by Q2 at 1:55 pm local time.

#41 BRAD BINDER
“It was a good Friday. This morning we started strongly, although the track conditions were somewhat tricky, as you couldn’t tell if it was dry or not because there were a lot of wet patches. However, in general I’m happy with how it went. I felt good on the bike and I did my best lap on used tyres, which is a positive sign. At the end of the afternoon session, I put on new tyres and we changed something on the bike, but it didn’t turn out as we had hoped. Tomorrow we will try some other lines of work and I’m sure that we’ll find that something we are lacking.”