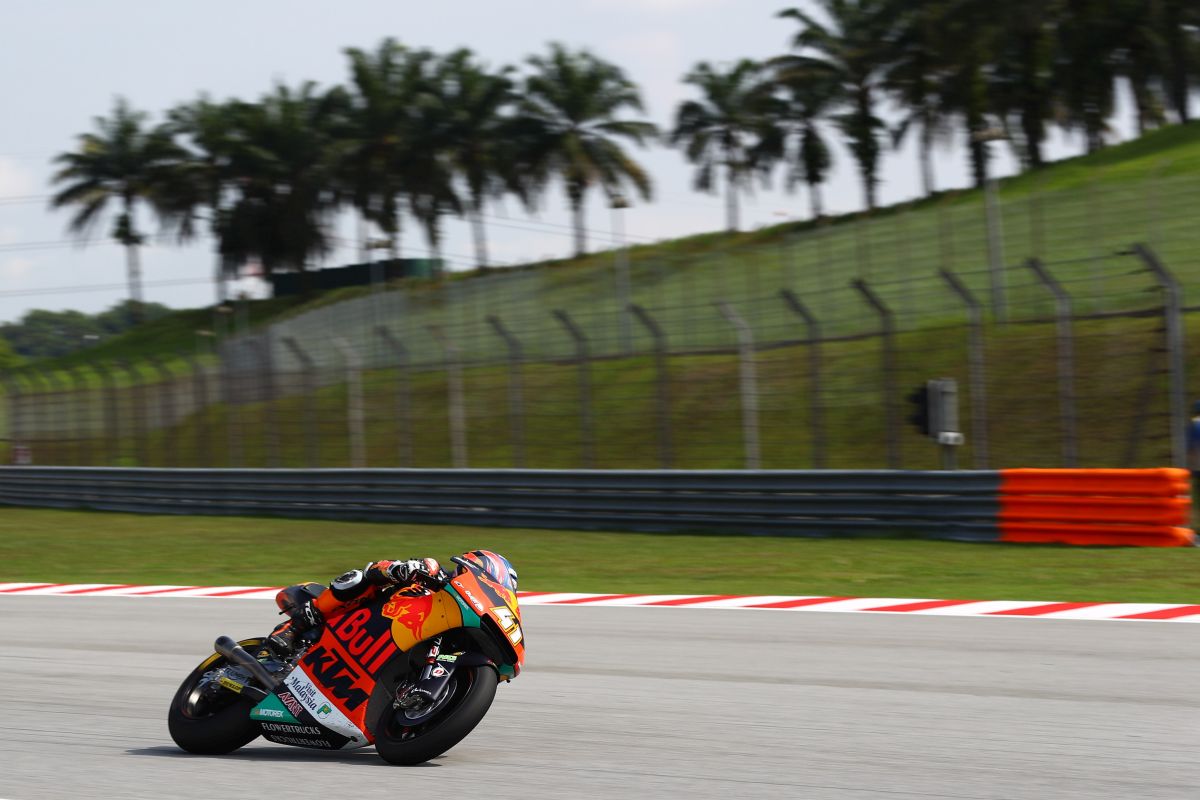 Red Bull KTM Ajo Moto2 proved once again to be amongst the strongest teams in qualifying at the Malaysian Grand Prix, with both of their riders on the front two rows for Sunday’s race. Brad Binder set a new All Time Lap Record at the Sepang International Circuit in FP3 and, despite the fact that rain hindered his progress in Q2, he qualified in third place.

The Red Bull KTM Ajo pair began the day in top form, riding strongly right from the opening minutes of FP3. Brad then produced a spectacular finale to the session, smashing the track record by more than 0.8s, as the only rider to go under 2:05 at the Malaysian circuit. His 2:04.769 lap saw him end in first position, outpacing the second rider by more than six tenths.

Brad and teammate Jorge Martin both went straight into Q2, where they once again proved to be amongst the most competitive riders of the day. Rainfall somewhat curtailed the progress of the South African, who nonetheless was third -2:05.559- ensuring that he will start from the front row for the second consecutive Grand Prix.

#41 BRAD BINDER
“It’s been a very positive day and I’m happy to be on the front row of the grid. It was a pity that I had no chance for a clear lap, because there was quite some traffic on track, but in general it’s a good result. With the tricky weather conditions we had, being up front is great. Tomorrow we’ll try to push from the beginning and see how far we can go.”