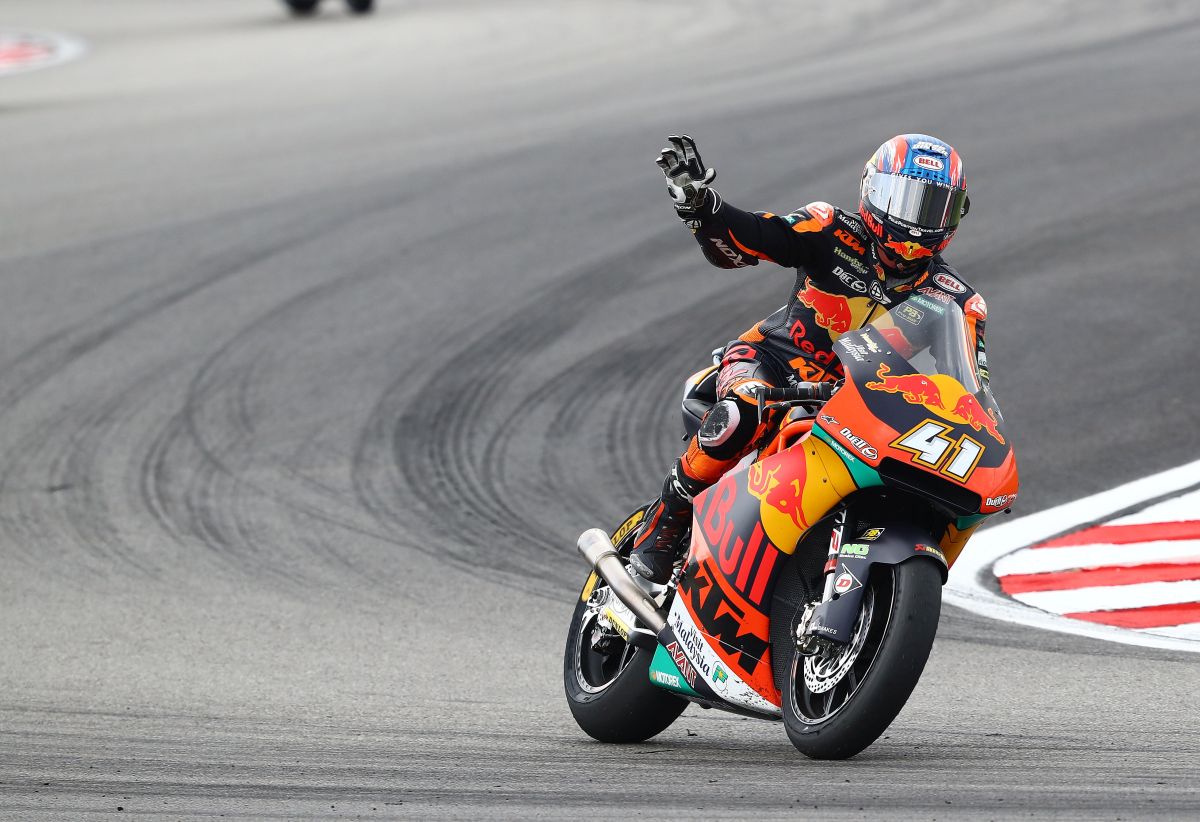 The Red Bull KTM Ajo Moto2 team wrapped up their work at the final round of an intense flyaway triple header with a win at the Malaysian Grand Prix courtesy of Brad Binder, who achieved his second consecutive victory. The South African confirmed his status as the strongest rider in Moto2 in the second half of the year by racking up his fourth win in the last eight races.

Brad had already demonstrated that he was one of the fastest riders this weekend in free practice and, in today’s contest, he took the lead at the very first corner. The South African set an extremely strong pace, riding quicker than the previous race lap record at Sepang.

In spite of dropping to third place on lap six, the Red Bull KTM Ajo rider would not lose his focus and he soon regained the lead, a position he would defend to the finish line, to secure the 14th Grand Prix victory of his career. The result sees Brad move into second place in the general standings, with 234 points.

The Red Bull KTM Ajo team will conclude the 2019 season at the Valencia GP, which will be held at the Ricardo Tormo Circuit from 15th – 17th November.

#41 BRAD BINDER
“The goal today was to win the contest. We gave it everything we had. I was close to crashing and I had to run off track. Luckily, I pushed hard and regained the lead quickly. I tried to put the maximum pressure on Alex [Marquez] but today he put in an incredible race and I have to congratulate him on the Championship. We did everything we could at the Malaysian Grand Prix, which was to earn the first position, and we have to be happy for that.”