Brad leads the field on day one at Valencia 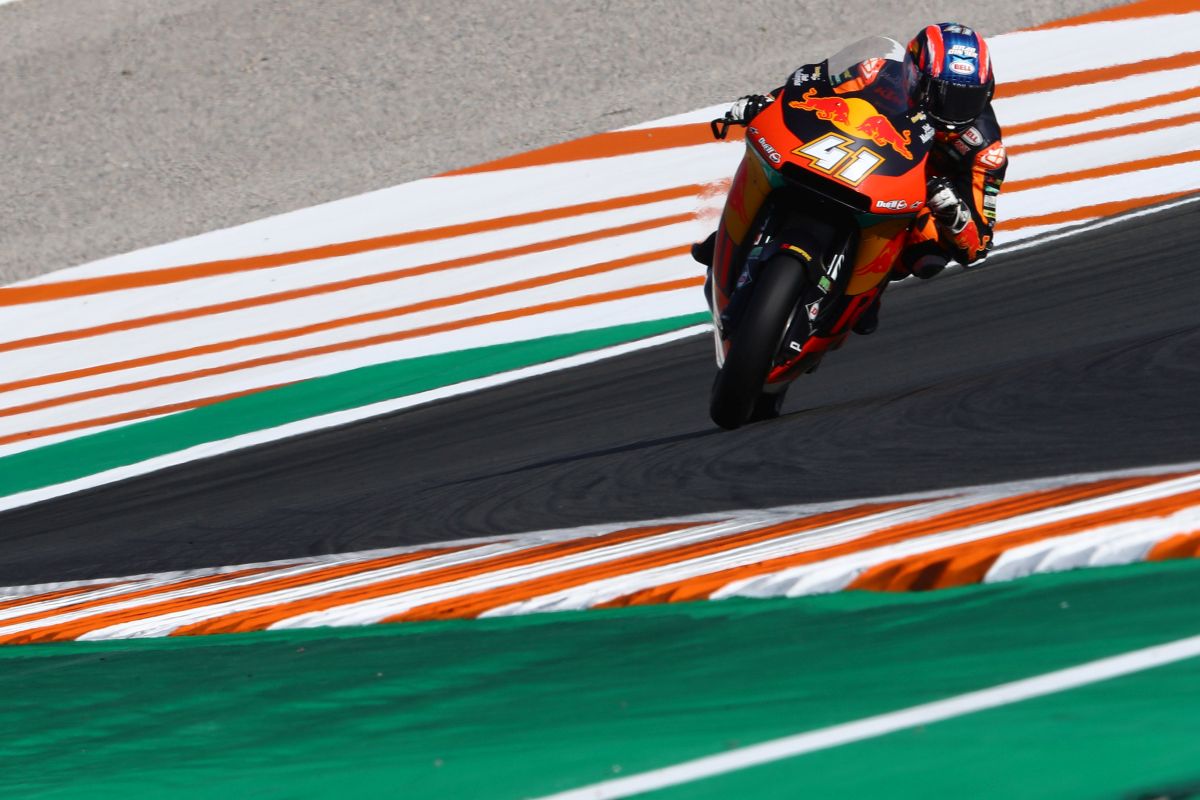 After winning the last two races in Australia and Malaysia, Brad Binder is determined to sign off from the Red Bull KTM Ajo Moto2 team in style. The South African rider recorded the best time on the combined timesheets on the opening day of the Valencia GP, also setting a new Ricardo Tormo Circuit record in the process.

At the last round of the year Brad Binder picked up where he left off in the previous race, leading the way in Moto2. He was top at the beginning of FP1 and concluded the session in second position, just 0.046s down on the fastest rival. The Red Bull KTM Ajo rider made steady progress throughout the practice, eventually setting his personal best on his last lap: 1:35.745.

In the afternoon, Brad performed superbly in FP2, leading the session from start to finish and beating the circuit record in the last minutes. Thanks to his excellent 1:34.622 lap, the South African was the fastest rider of the day, having improved on his morning personal best by more than a second.

#41 BRAD BINDER
“I’m very happy with how the first day went. This morning we had some problems that prevented me from getting completely comfortable. In the afternoon my feeling with the bike improved a lot. I want to thank the whole team because we took a big step forward from FP1 to FP2. The guys managed to make the changes that were necessary and we improved precisely in the aspects we needed, allowing me to make a good lap.”