Brad pleased with Qatar Test progress and eager for the GP 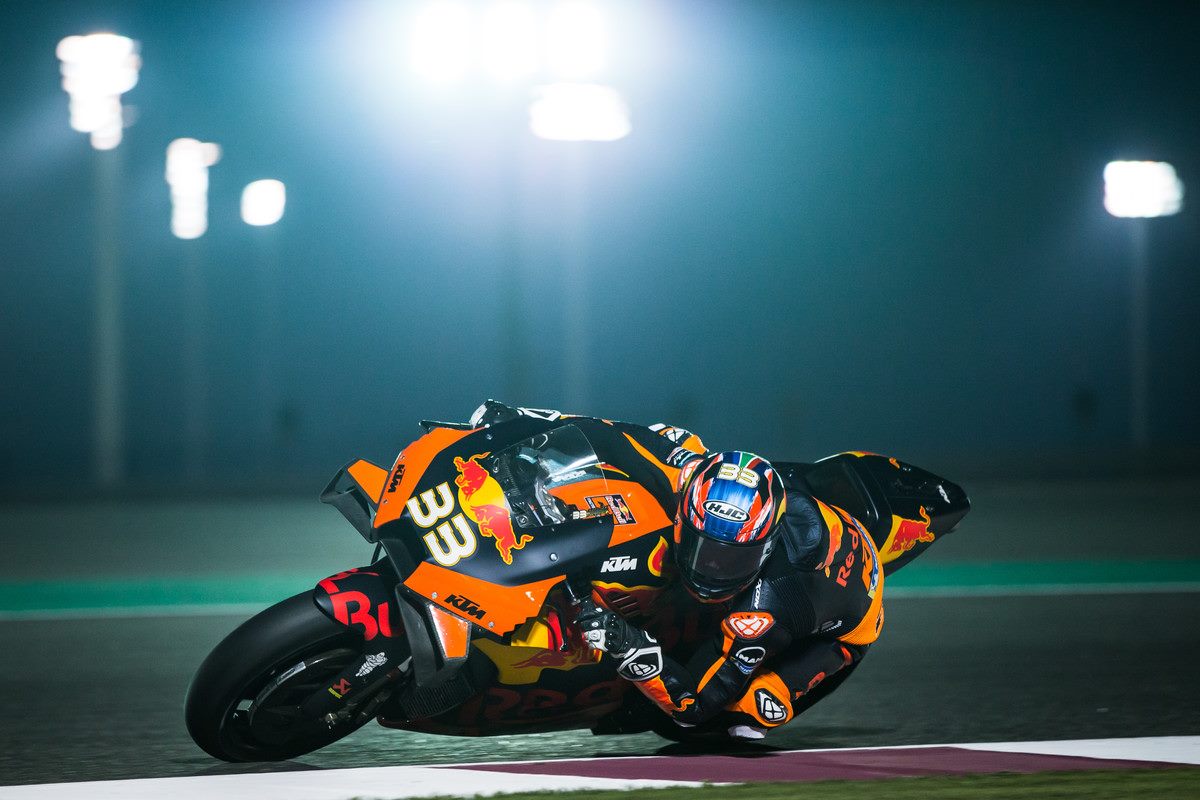 The lights are excitingly hovering on red for KTM’s fourth MotoGP in the immediate wake of the the second and final pre-season test at the Losail International Circuit. Brad Binder was the fastest KTM RC16 rider after three days at the venue that will now open the 2020 campaign in two weeks on March 8th.

For the second day in a row (and of three) Red Bull KTM Factory Racing riders Brad Binder and Pol Espargaro clocked more than 110 laps of the 5.4km layout as afternoon turned to dusk and the crew completed their set-up work towards the first Grand Prix of twenty to come.

Rookie Brad (9th) was the surprise act after more modifications to his works KTM RC16 allowed the determined South African to register an effort that would stand less than half a second from the quickest lap of the day and be three tenths better than teammate Pol Espargaro (14).

Next up is the Grand Prix of Qatar in a fortnight’s time.

Brad Binder:
“I was quite surprised to be honest. I felt comfortable and we made some changes today that helped me a lot and sorted many of my issues. I put in a new set of tyres and ‘bam!’ the lap-time came. The bike was good. I felt way more comfortable to get it stopped, turned quicker and also get on the throttle earlier. Once we figured that part out then it was a lot easier to put a fast lap together but it was still quite difficult to do 22 of them, so I have a long way to go! We made some good steps these three days and the team has been awesome. I’m looking forward to continuing at the GP.”