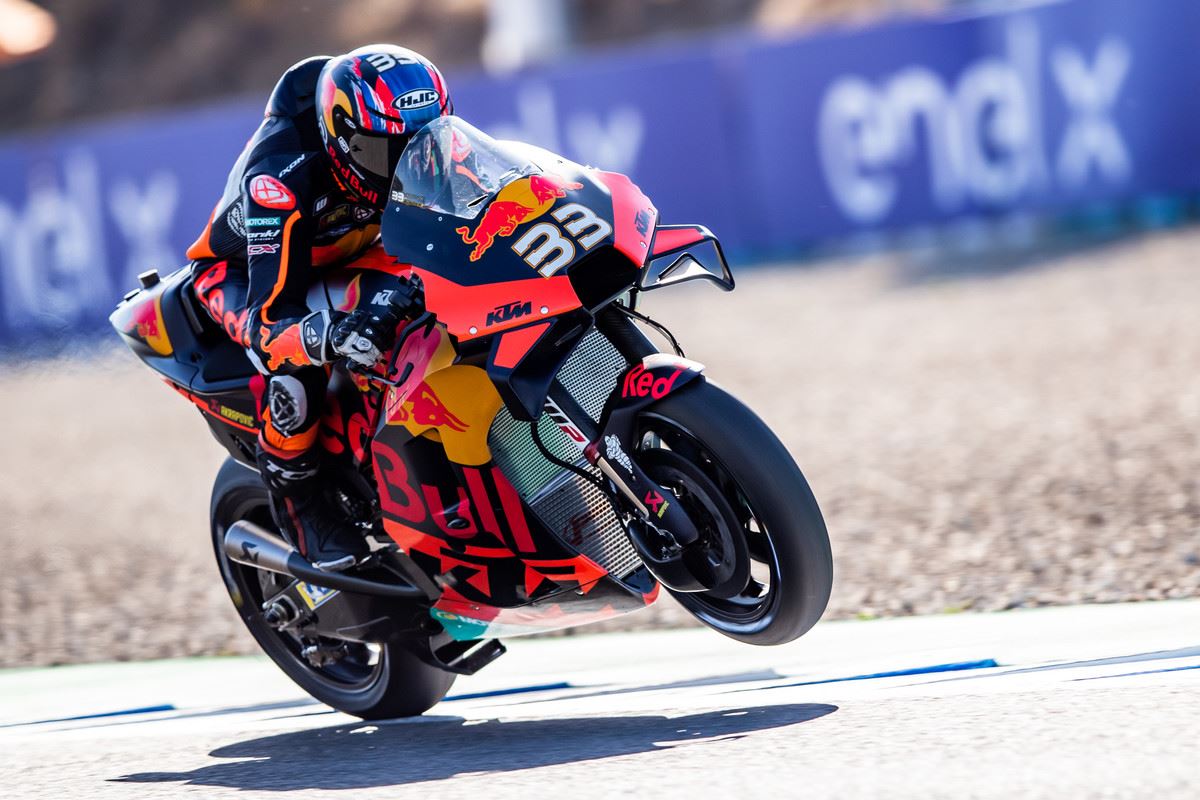 The 4.4km Jerez circuit presented similar temperatures and track conditions to the opening episode of 2020 MotoGP seven days previously. Red Bull KTM Factory Racing had already established their base setting for the KTM RC16 and instead worked through refinements and various race tyre options to optimize configuration for a repeat of the demanding 25-lap run on Sunday.

Brad Binder was showing fast levels of adaptation. On Friday the South African was 3rd fastest overall after the first day of Free Practice. On Saturday he entered Q2 directly in only his second Grand Prix in the premier class and posted a lap that put him initially in the top five. Despite another fresh blast of the Chrono, Brad ended the afternoon with 9th position: half a second from pole position, a place on the third row and an improvement of three spots from the previous Saturday.

Brad Binder:
“Today has been good. The main target was to make it through to Q2 because that’s what we didn’t do last week. I must be happy because we made some steady progress. We are heading in a good direction. It’s looking positive for tomorrow and I think I can do a good job: what position that will be I have no idea! In general, the pace is decent. To qualify 9th in my second grand prix is fantastic.”