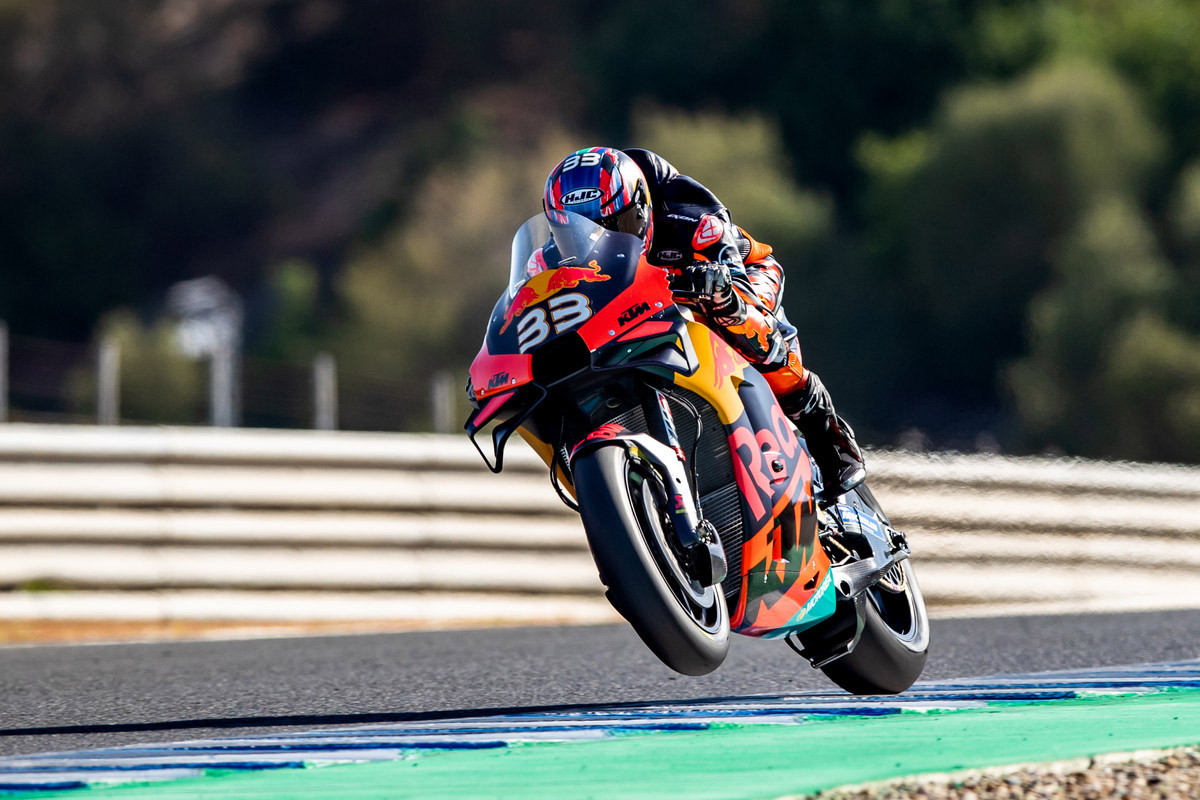 Sadly the Andalucian GP, the second round of the season’s MotoGP championship – and the second of two back to back races in Jerez, did not deliver on the promise it held for Brad Binder.

Brad, who had rocked the MotoGP establishment by setting the 3rd fastest time during Free Practice in just his second Grand Prix and went directly through to Q2 on Sunday unfortunately clipped Oliveira’s rear wheel on the first corner.

The impact sent the Portuguese out of the race and Binder had to again recover from last position, setting lap-times equal to the leaders for the second Sunday in a row on his way back to 12th. The South African’s Grand Prix ended on lap 13 with a highside fall at Turn 13.

Brad Binder:
“Today definitely did not go to plan and the worst thing was that I destroyed the race for Miguel. He’d had a great weekend up until then and I’m sure he would have had a strong race. Really sorry about that. I had a good start and I didn’t see Danilo on the inside and when I picked up it was already too late: I couldn’t avoid Miguel. When I saw the crash I was really worried so I’m glad he’s OK. After that my race was already difficult. I tried my best to track my way through the field. I kept working and pushing and coming into the last corner I tucked the front and I tried to pick it up but it gripped and highsided. Luckily I’m OK and we’ll try again next time.”