Brad lines up seventh for #CzechGP at Brno 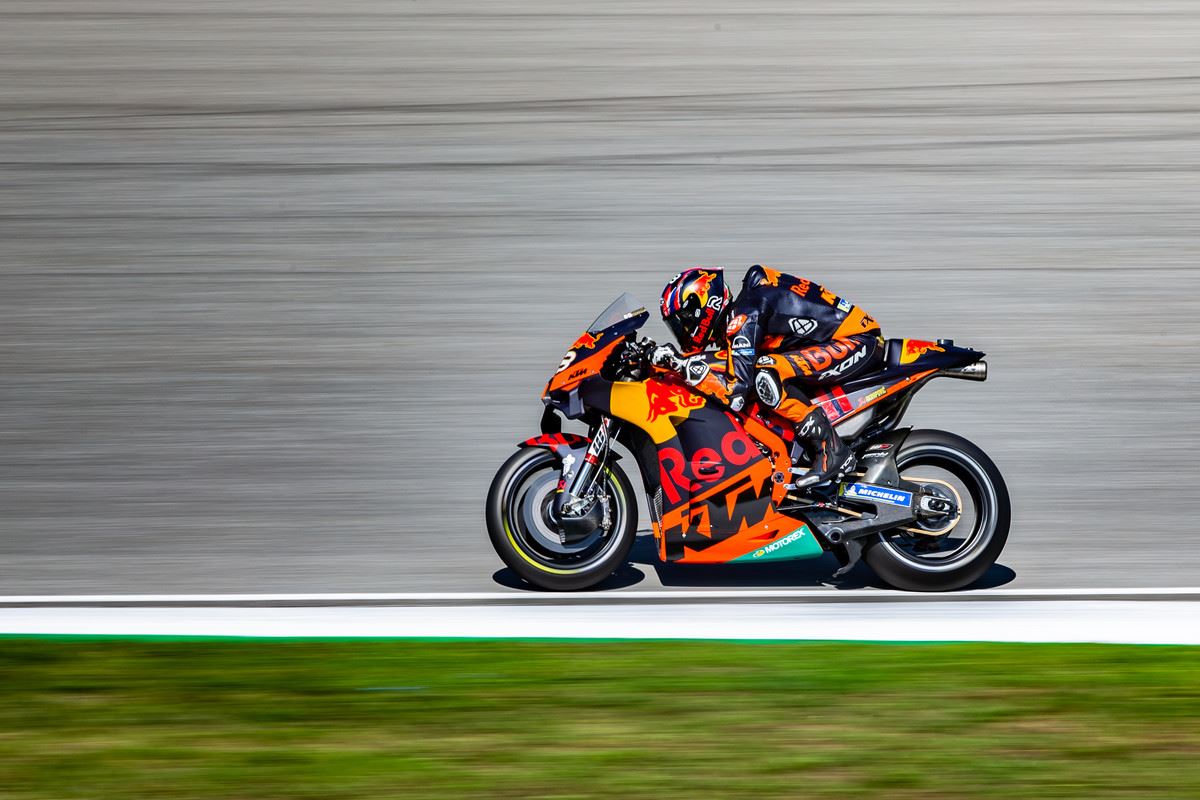 The search for grip was a mission around the open and quick curves of Brno. A tired and bumpy asphalt created headaches for teams in the search for traction and the best acceleration as summery conditions meant more warm temperatures (+50 degrees on track) for the MotoGP elite.

Brad Binder took the second spot in Q1 to advance to Q2 for the second Grand Prix in succession. The South African edged out Red Bull KTM Tech3’s Miguel Oliveira (13th on the grid and ahead of Tech3 teammate Iker Lecuona in 16th) by less than a tenth of a second. Brad then charged hard in the final minutes to seal 7th. He will head the third row for the 21-lap chase Sunday afternoon.

Brad Binder:
“Going into FP4 we made a good step with the bike. It’s strange because we did not make any big changes, but it really helped with my feeling on the bike. With more confidence I was able to give it more of a push. I was really happy and did not expect to get 7th because I’d used all my tyres in Q1. I was really shocked at the lap-time I could do. It is awesome to make it to the Q2 for the second time in a row. In general, I feel good and I need to say thanks to the team because they did a great job. I’m looking forward to getting the race underway tomorrow.”