Brad Binder races to fourth at the #AustrianGP 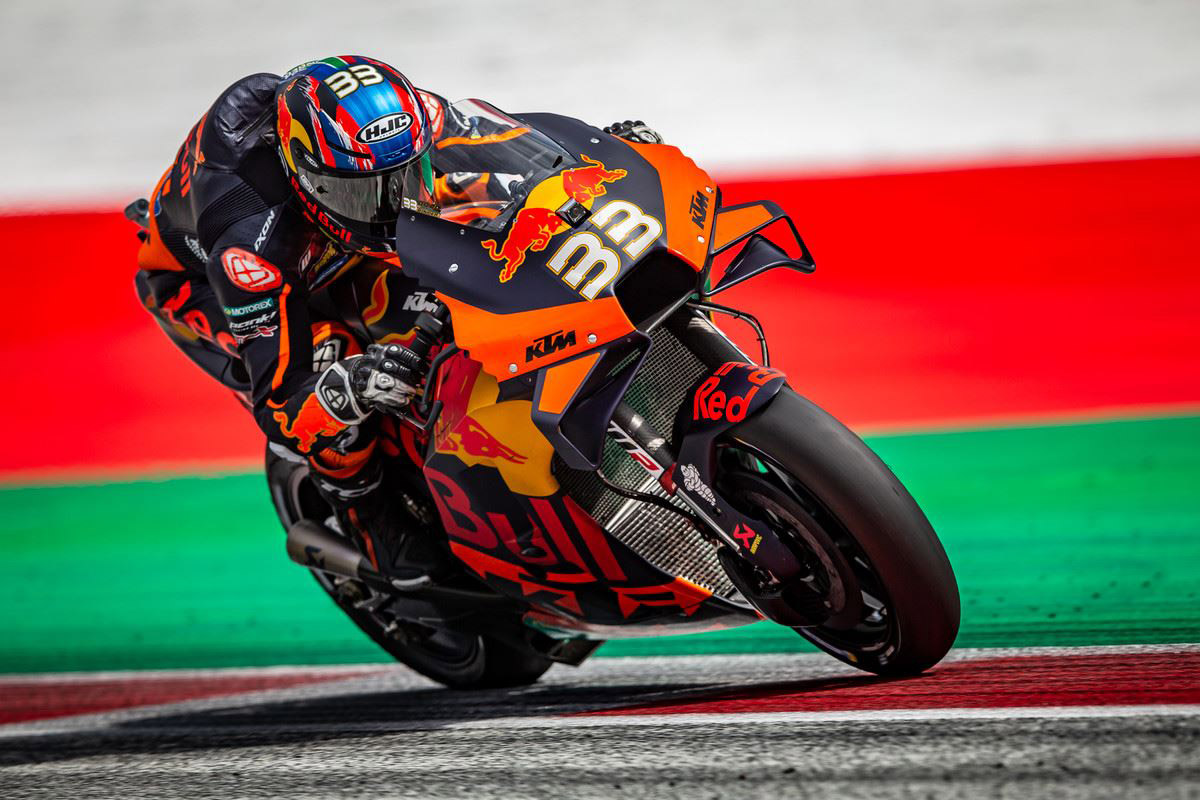 Red Bull KTM experienced the rough with the smooth at the myWorld Motorrad Grand Prix von Österreich. Brad Binder scored 4th position and moved up to the same ranking in the MotoGP standings while Iker Lecuona posted his first finish with 9th place but there was disappointment for Pol Espargaro and Miguel Oliveira who both crashed while fighting in the top five.

The first of two home Grands Prix for KTM centered on the relentless and spectacular Red Bull Ring, with the layout requiring high speed, strong acceleration and precision in the heavy braking zones. Summer storms provided some difficult wet/dry and mixed conditions throughout practice and qualification but Pol Espargaro was able to clock the fastest lap-time in two of the four sessions across Friday and Saturday and lined-up 5th on the grid.

The MotoGP race on Sunday was halted prematurely with Espargaro leading the field after eight laps. A crash between Johann Zarco and Franco Morbidelli meant the track had to be cleaned and the grid reformed. Czech Republic Grand Prix winner Brad Binder had made fantastic progress from 17th on the grid and after a fall for Alex Rins the South African moved into 4th spot. He defended his position from Valentino Rossi all the way to the line. Five places back fellow rookie Iker Lecuona reached the checkered flag for a well deserved top ten classification.

Brad Binder:
“Today was much better than we expected. I was happy with 4th position, I have to say. It was tough at the beginning because I was able to make up places and it was a shame about the red flag but it did give me an opportunity to restart from higher up on the grid. I didn’t pass too many riders after the restart but there were a lot of crashes. On one hand I’m quite satisfied but then I was also pretty lucky. Things turned out well but let’s work again for next week.”