Brad lines up on the second row of the #EmiliaRomagnaGP grid 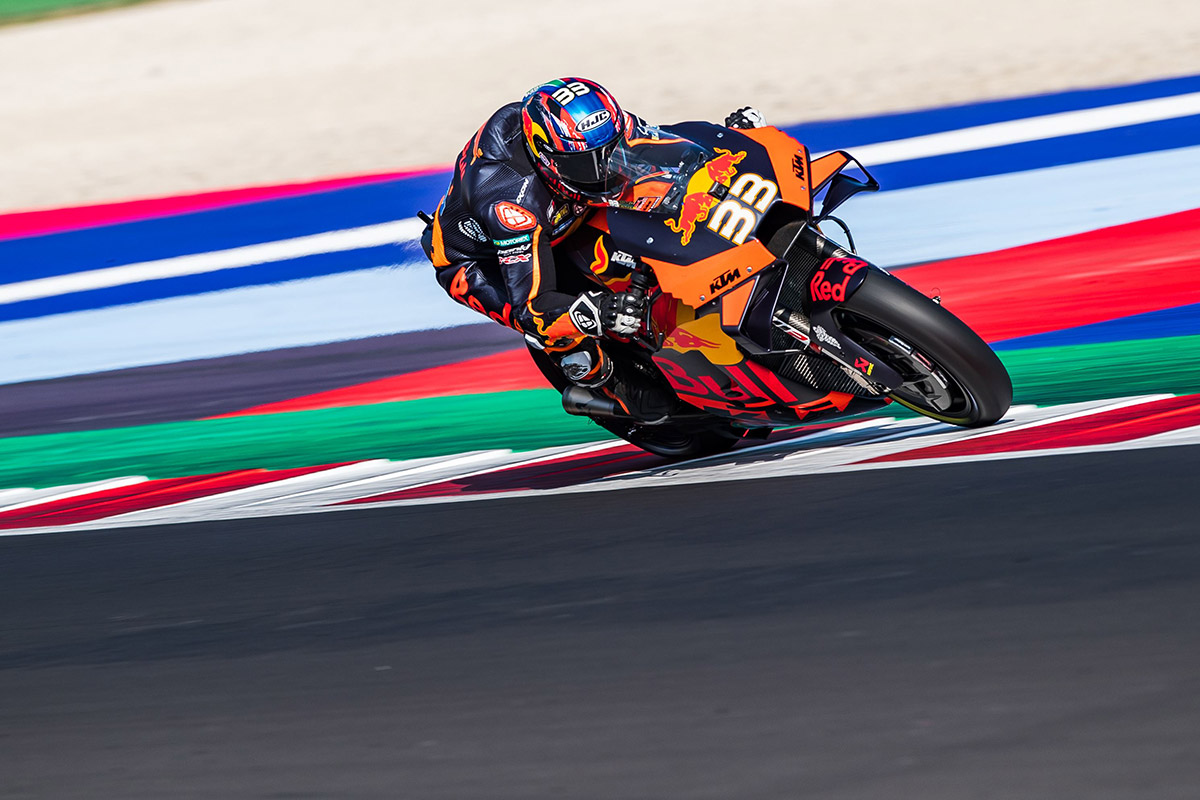 MotoGP roared into action once more for the second race at the flat and challenging Misano World Circuit Marco Simoncelli. The Gran Premio TISSOT dell’Emilia Romagna e della Riviera di Rimini represented round seven of the year for the premier class and another rush at Misano only three days after the mid-season IRTA test.

The Red Bull KTM quartet benefitted from the extra laps and around the twisty coastal layout and Brad Binder was fastest after the two opening Free Practice sessions on Friday as Pol Espargaro and Miguel Oliveira also took residence in the top eight. On Saturday the Red Bull KTM Factory Racing duo went direct to Q2 while a crash for Oliveira in FP3 was a setback that meant the Portuguese dropped into Q1.

Espargaro also went into the gravel in FP3 but pushed the limit in the final seconds of Q2 to make 4th place: just two tenths of a second from Pole Position and six thousandths of a second from the front row. Binder was also decisive and demonstrated remarkable progression from his efforts seven days previously. The South African was over a second faster and fully earned his berth of 6th, meaning the rookie is ten places better-off compared to the last race day at Misano. It is his best MotoGP qualification to-date.

Brad Binder:
“Much better. Much happier with qualifying today and to be in 6th place is fantastic. Not only is the rhythm better but also the lap-time: 1.2 seconds faster. In the second exit of FP2 we made some changes that gave me a little bit more feedback from the front tire as well as a little bit more support on the rear, so I felt stronger and it gave me the opportunity to push a bit harder. The more I pushed the better I felt, so it was good. I’m not really setting a goal on positions tomorrow. All I know is that starting in 6th position is going to be much nicer than last week. Starting in 16th was so tough. I’m happy with the steps we have made so hats-off to the boys for getting everything ready and we’ll try to have a solid race tomorrow.”