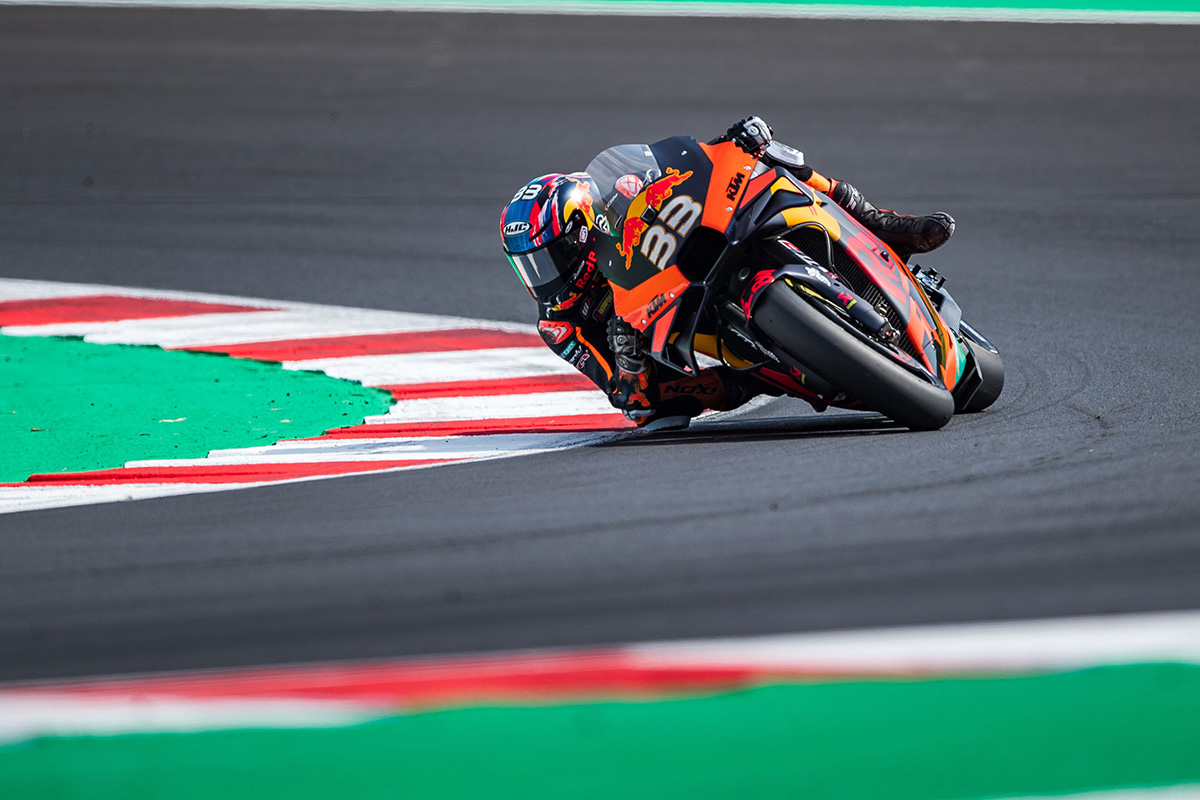 MotoGP ended a 2020 stint in Italy and the second race in a week at the Misano World Circuit Marco Simoncelli with the Gran Premio TISSOT dell’Emilia Romagna e della Riviera di Rimini. The fixture represented the seventh round of the season and the second of three in a row, with the series due to move swiftly to Barcelona during the following days.

Brad made a lively start in the opening laps of the race but crashed out of the running with Espargaro (and therefore podium contention) at Turn 13. He then fell again at Turn 1 to register a DNF.

Brad Binder:
“I felt really, really good today. I made a decent start but then lost the front into Turn 11 and had a big head shake of the bike. I was thinking ‘that was close’ but then tucked the front going into Turn 13. I was a little bit wild. I tried to restart but then crashed again. So, not a great race but I’m happy because I had such a good feeling with the bike, and we’ve worked hard to get to that. Unfortunately we go home with nothing today but we’ll try again in Barcelona. We’ll need to learn quickly there and if I take one thing from this weekend then it’s that a good qualification makes life so much easier! We’ll try for that again next weekend.”