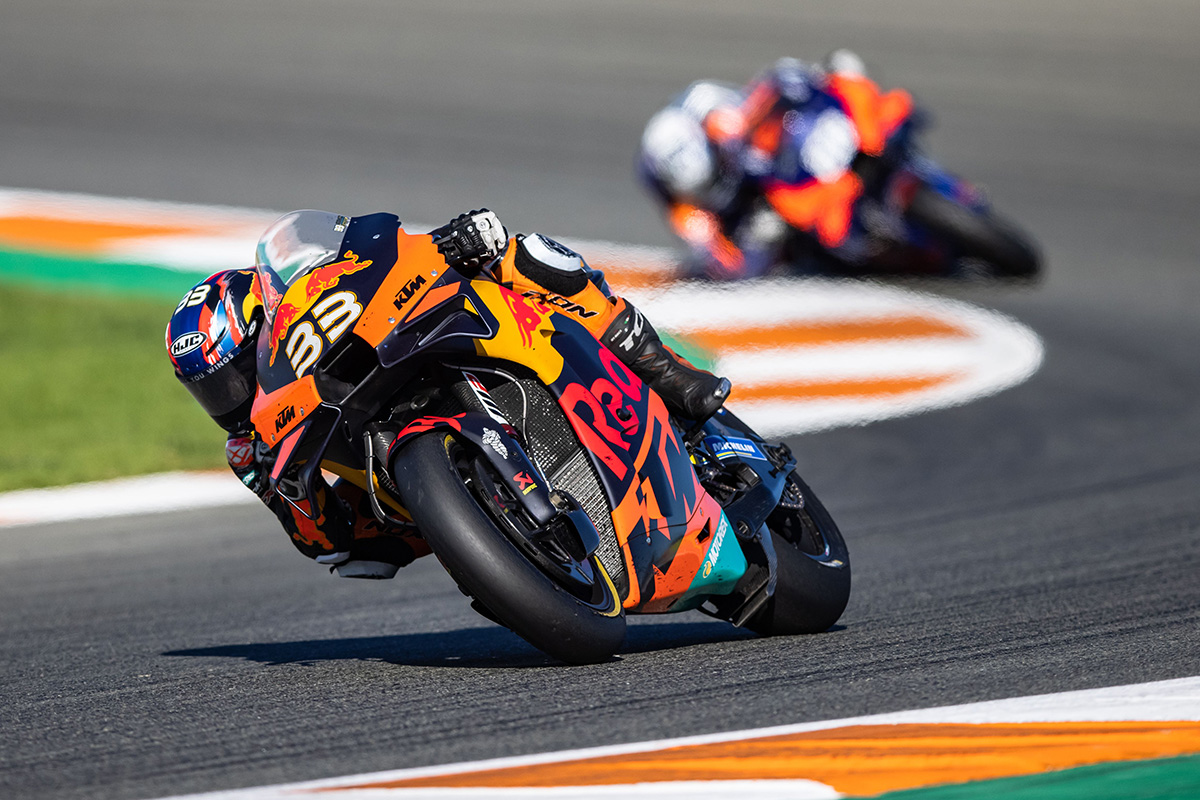 For the fifth time in 2020 MotoGP, the series negotiated back-to-back meetings with round fourteen of fifteen taking place at the flat, tight and curvy Ricardo Tormo Circuit in Valencia. Red Bull KTM started the sunny but breezy 27-lap Grand Prix with three riders in the first ten positions on the grid.

Brad Binder forged a watchable race speed to cut through the pack from the start and duel with Alex Rins. The South African was less than half a second away from the Spaniard by the checkered flag and his ride delivered the third top-five result of the campaign for the rookie. Brad’s performance was especially satisfying considering Valencia was the location of his very first laps with the RC16 at the end of 2019 and where he was several seconds adrift of the leading riders. Once again, the 25-year old was able to demonstrate his superb progression in his maiden season.

Brad Binder:
“Today was a positive race for us. I didn’t get the best of starts but I managed to find good pace, pass a few guys and work my way towards the front. I gave my absolute best today and unfortunately it was not enough to get us into that podium fight. Overall, I’m happy with how we have made steps this weekend; from Friday through to the race. We have a lot of learning to do still but we’re looking forward to Portimao already. Thanks to the team and everyone for their hard work. We’ll push again next week.”