Impressive comeback and top five finish for Brad at the #PortugueseGP 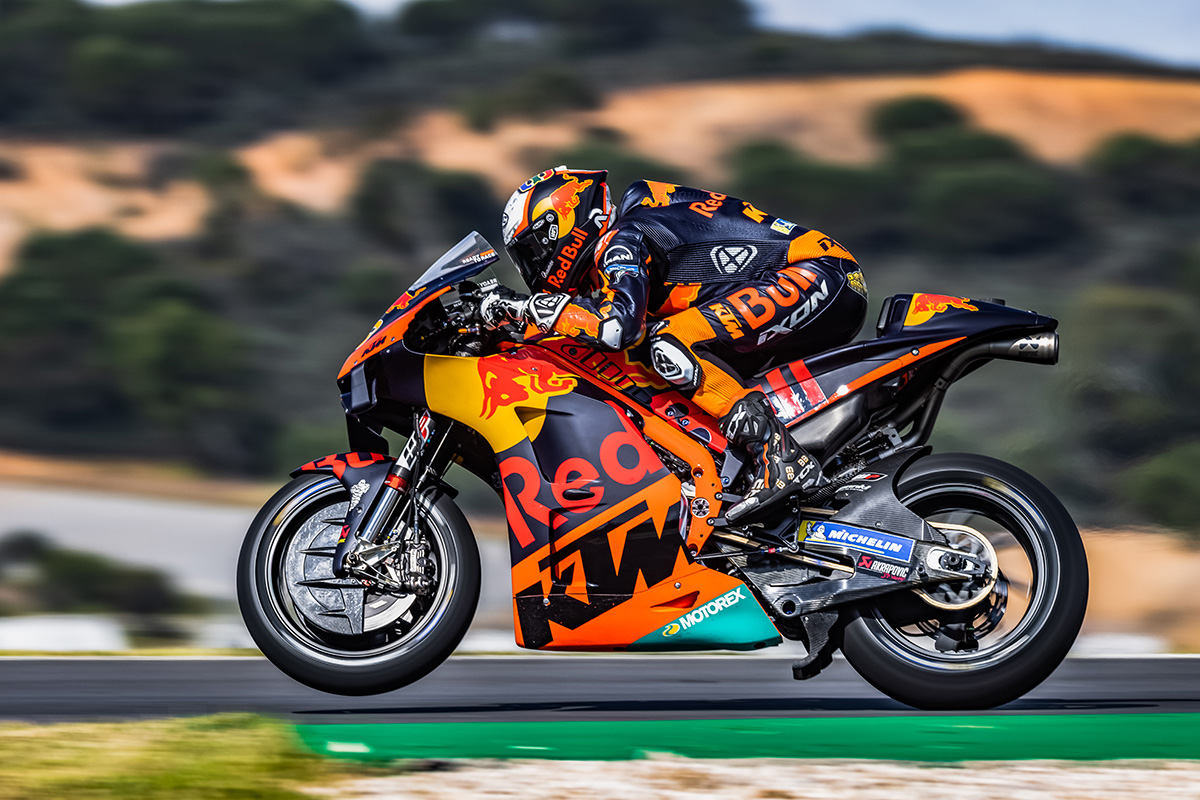 Red Bull KTM Factory Racing’s Brad Binder again produced the goods on race day with 5th position after 25 arduous laps of action for the third round of the season in Portugal, posting KTM’s highest classification yet in 2021 MotoGP.

The first daylight race of 2021 and the opening fixture in Europe took place in sunny and warm conditions in southern Portugal. The 4.6km layout of climbs, drops and diverse corners at the Autódromo Internacional do Algarve was a technical prospect for the fastest riders and teams in MotoGP. The track itself is still a relatively new challenge for the Grand Prix runners with the Grande Premio 888 de Portugal representing only the second visit to the venue.

Brad had struggled to make a quick lap in qualification but was positive for Sunday due to his KTM RC16 set-up and pace in Free Practice 4. The South African made an excellent start to leap from 15th on the grid to 8th on the first lap and then started to hound the front-runners. Binder, who crashed out at Portimao in 2020, would take profit of two spills ahead of him to toast a top five classification and was closing on the battle for the podium in the final two laps.

Tech3 KTM Factory Racing’s Danilo Petrucci bagged his first top fifteen result with a steady ride to 13th while Iker Lecuona was 15th and ahead of Oliveira. MotoGP will move only a short distance east for the Gran Premio Red Bull de España, taking place at the Circuit de Jerez – Angel Nieto on May 1-2.

Brad Binder:
“Happy to get our first top five of the season. I really wanted to be on the podium today and thought we had the potential to be there with about five laps to go. I pushed as hard as I could but I couldn’t put the key clean laps together at the end as much as I wanted. Overall, I gave my absolute best today and didn’t leave anything on the table. A massive thanks to the team because we did a great job getting the bike ready for the race and we’ll go again in Jerez.”