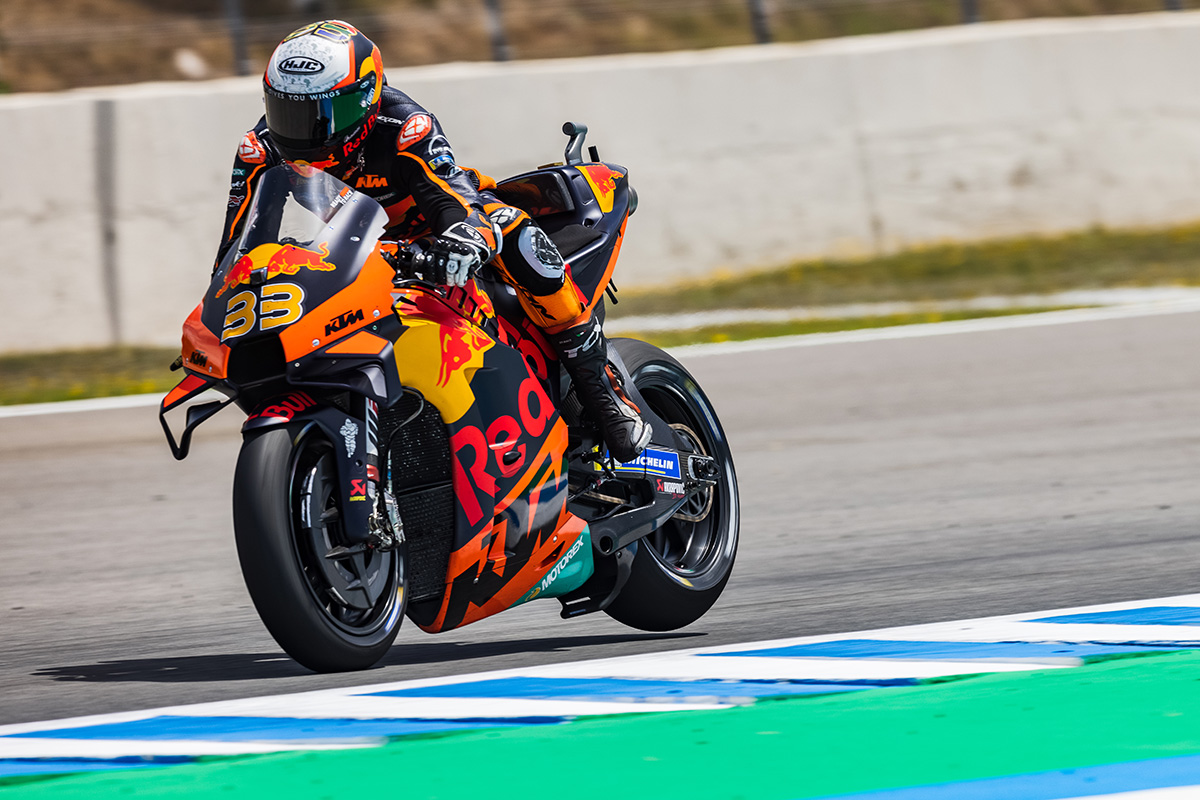 Red Bull KTM Factory Racing’s Brad Binder set the 11th fastest lap for the Gran Premio Red Bull de España and the first of four events on the Spanish mainland this season. The Circuito de Jerez – Angel Nieto has been staging Grand Prix for almost four decades and the short but demanding mix of fast and tight corners was another intense challenge for the MotoGP grid.

Compared to the 2020 round at the same venue twelve months ago the fourth fixture of MotoGP began in bright but cooler conditions. Brad sprung out of the pitbox to set the fastest lap in Free Practice 1 and both the South African and teammate Miguel Oliveira remained in contention for direct Q2 entry throughout Friday.

Brad suffered a crash in the entry to Turn 5 during FP3 on Saturday morning and the tumble meant he didn’t have enough time to improve. The session was incredibly close and saw the top ten separated by less than two tenths of a second.

The 15-minute Q1 dash took place in the warmest but windiest climate of the weekend and Brad set a rapid 1min 37.3 on his third attempt to sit in the first two slots for most of the period. He moved through to Q2 and the chance for a better grid position but was limited by the remaining tire choice in his allocation. He ended Saturday’s action with 11th meaning the fourth row and five positions ahead of teammate Oliveira in 16th.

Brad Binder:
“Today was a bit up and down. I felt really quite good in FP3 but made a big mistake while trying to change my line in Turn 5 and missed my braking marker by a mile. It was quite a big crash but luckily nothing serious and all is fine. Q1 was OK but difficult to make a quick, single lap and then in Q2 I had only one new tire left, so I was pretty happy with the lap I could make in the circumstances. In FP4 we had tried a few things on the bike and some worked and others didn’t but it was great to use that session in a positive way and understand some things for Sunday. Overall, I’m really happy. I think our pace for tomorrow is very good, especially for the end of the race.”