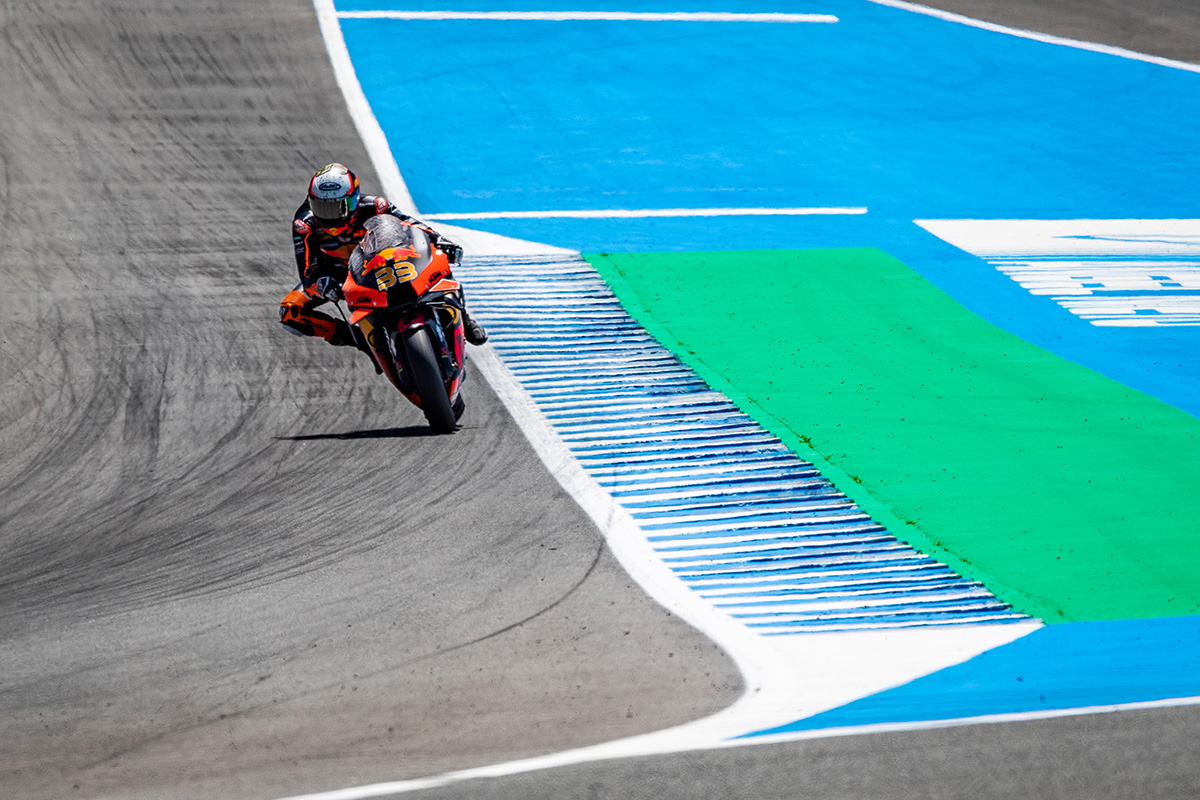 For 35 years the Circuit de Jerez – Angel Nieto has not only been one of the staple Grand Prix venues for motorcycling racing but also a popular and useful layout for testing. The familiarity of the 4.4km layout delivered some close and fascinating action throughout practice and qualification with often hundredths of a second splitting the majority of the grid.

The Gran Premio Red Bull de España began in sunny and warm conditions but in significantly lower temperatures compared to the 40 degree ‘burner’ of 2020. Brad Binder made a reasonable start from 11th on the grid and the fourth row but lost front wheel traction into the second turn of the second lap and crashed. He was able to remount and tried to catch the pack in the effort to salvage some points but another slow speed tumble at Turn 13 ended his day.

MotoGP stays in Jerez for a one-day IRTA test on Monday and travels next to the historic Le Mans circuit for the Shark Grand Prix de France on May 16th.

Brad Binder:
“I felt great in warm-up this morning and then made a good start in the race but unfortunately going into Turn 2 on the second lap it looks like I was a bit too relaxed, got on the brakes at the wrong moment and when I tipped into the corner the front just washed out. It’s a good lesson for the future to ignore where you are in the pack and keep your marks. It’s also disappointing because I had good pace all weekend and I felt good. We could have done a decent job today. Sorry to the team because they worked well all through the GP and they deserved a result.”