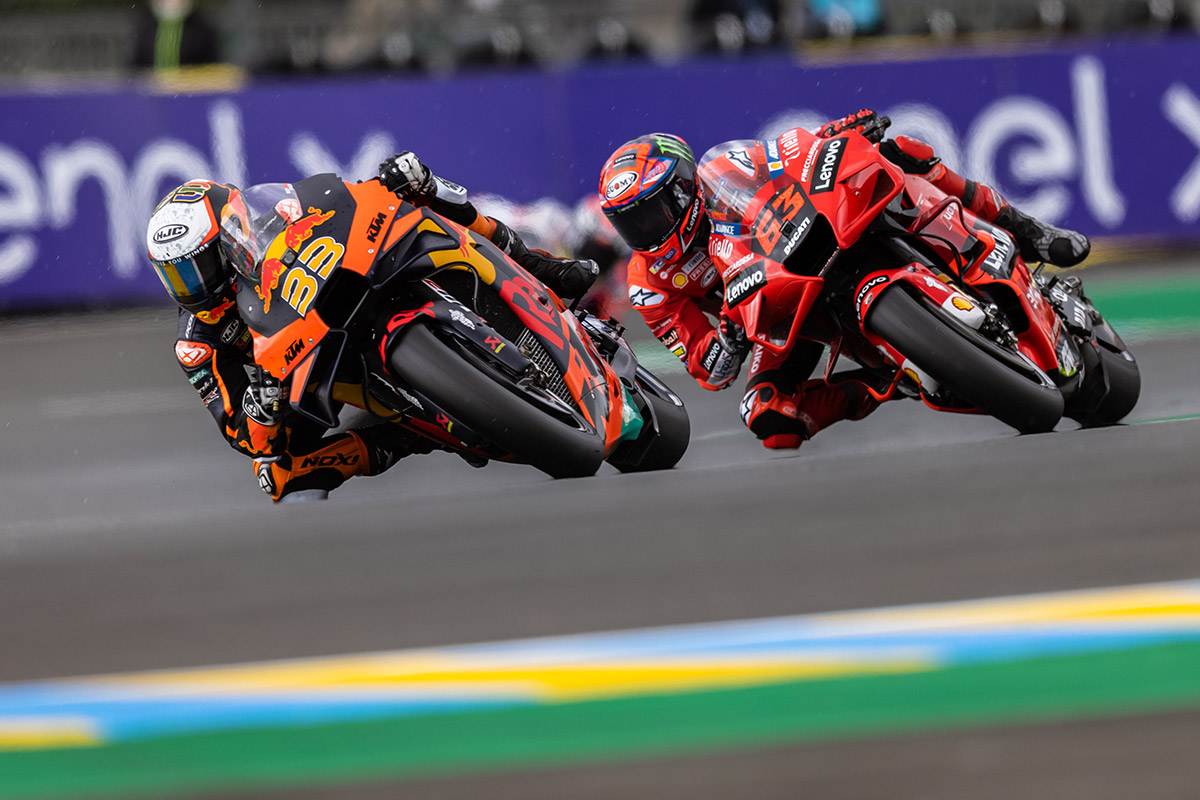 The unstable weather conditions that had been such a forceful presence across the fifth round of 2021 MotoGP struck on Sunday and created busy, tricky and bizarre scenes for the 27-lap race at Le Mans.

After just four laps of the race the heavens opened for a short, sustained period, and the MotoGP field filtered into the pitlane. Brad Binder, one of three KTM riders experiencing the non-stop flag-to-flag format for the first time, guided his RC16 to 13th.

Brad Binder:
“A crazy race today. I had some problems at the start and ended up last into Turn 1. I managed to get past a few guys but then a few laps into the race we saw really dark clouds and some rain spots. It then really started pouring as we went through Turn 3. It was hard to get back to the pitlane because there was no grip at all. It was pretty dangerous. Starting again on wet tires the grip was the worst we’ve had in the wet all weekend. It was my first flag-to-flag. A difficult race, a difficult weekend. I was glad to finish but not the position we wanted.”