Brad lines up eighth on the #CatalanGP grid 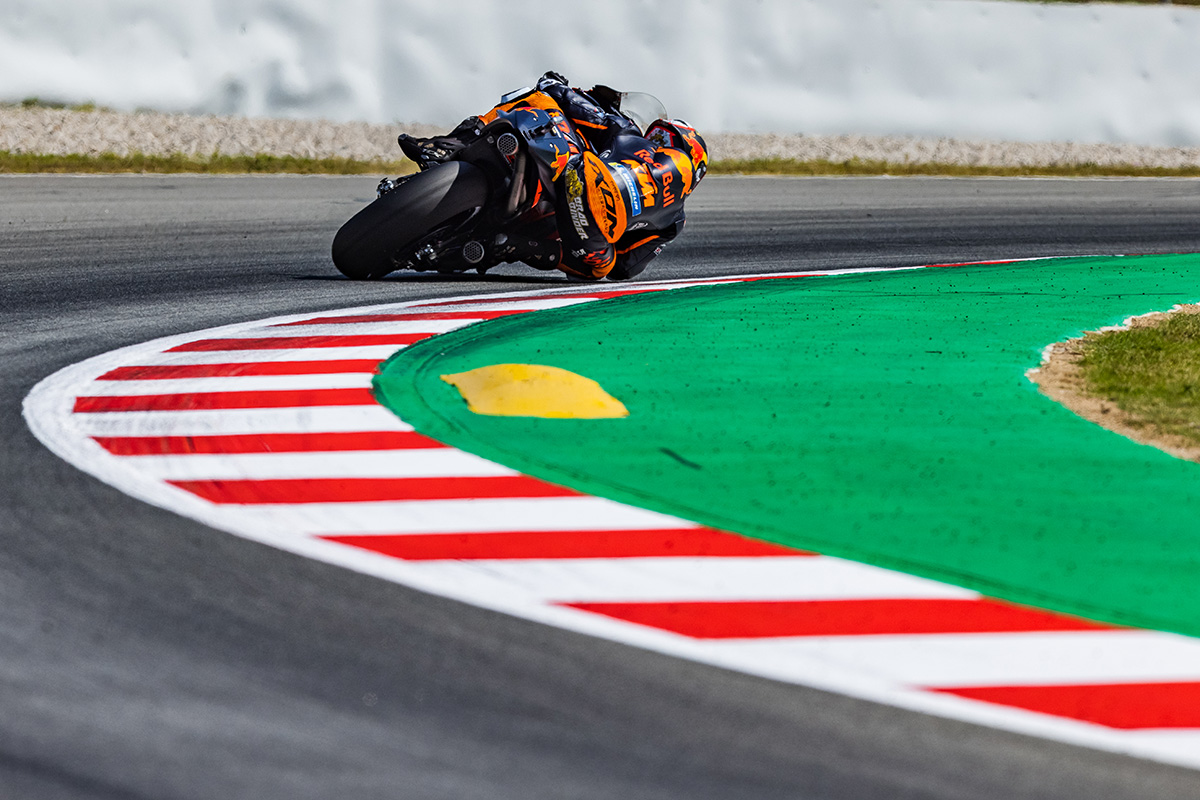 KTM continue to be fast-paced protagonists of MotoGP Q2 qualification sessions, and Brad Binder placed 8th today in the run-up to tomorrow’s Catalan GP at the Montmelo circuit in Barcelona.

For the second weekend in a row MotoGP fired into life and the warm and sunny climate of Barcelona and the Circuit de Barcelona-Catalunya was the scene for round seven of the series. Grip was at a premium on the slick asphalt during Free Practice and the teams and riders had to find the best compromise between a tire selection that would deliver the lap-time and also provide enough traction to last the 23-lap race distance.

After their positive technical progression with the RC16 in Mugello last week both the Red Bull KTM Factory Racing and the Tech3 KTM Factory Racing squads again showed improved competitiveness during the Friday and Saturday sessions. Brad Binder and Miguel Oliveira in particular were roaming the top of the time sheets with 6th and 3rd respectively in FP3 on Saturday morning.

Brad and Miguel had earned direct entry to Q2 and Oliveira was already eying the top three and a view of a clear track for Sunday’s race. He had another rapid lap annulled after a crash at Turn 10 saw the yellow flags appear. The same incident also affected Brad’s final flying attempt.

The lights will go out for MotoGP at the slightly earlier time of 13.00 CET on Sunday.

Brad Binder:
“We didn’t have any rear grip in FP4 so we need to figure out why that happened but in qualifying things were not too bad. I didn’t have the best first run, the second was better and then I lost my best lap because of the yellow flags in the left hander before the back straight so I had to roll-out. I had one more ‘go’ but couldn’t make it perfectly. 8th position will have to do for now but I think we could have been better today.”