Eighth place finish in the #CatalanGP for Brad Binder 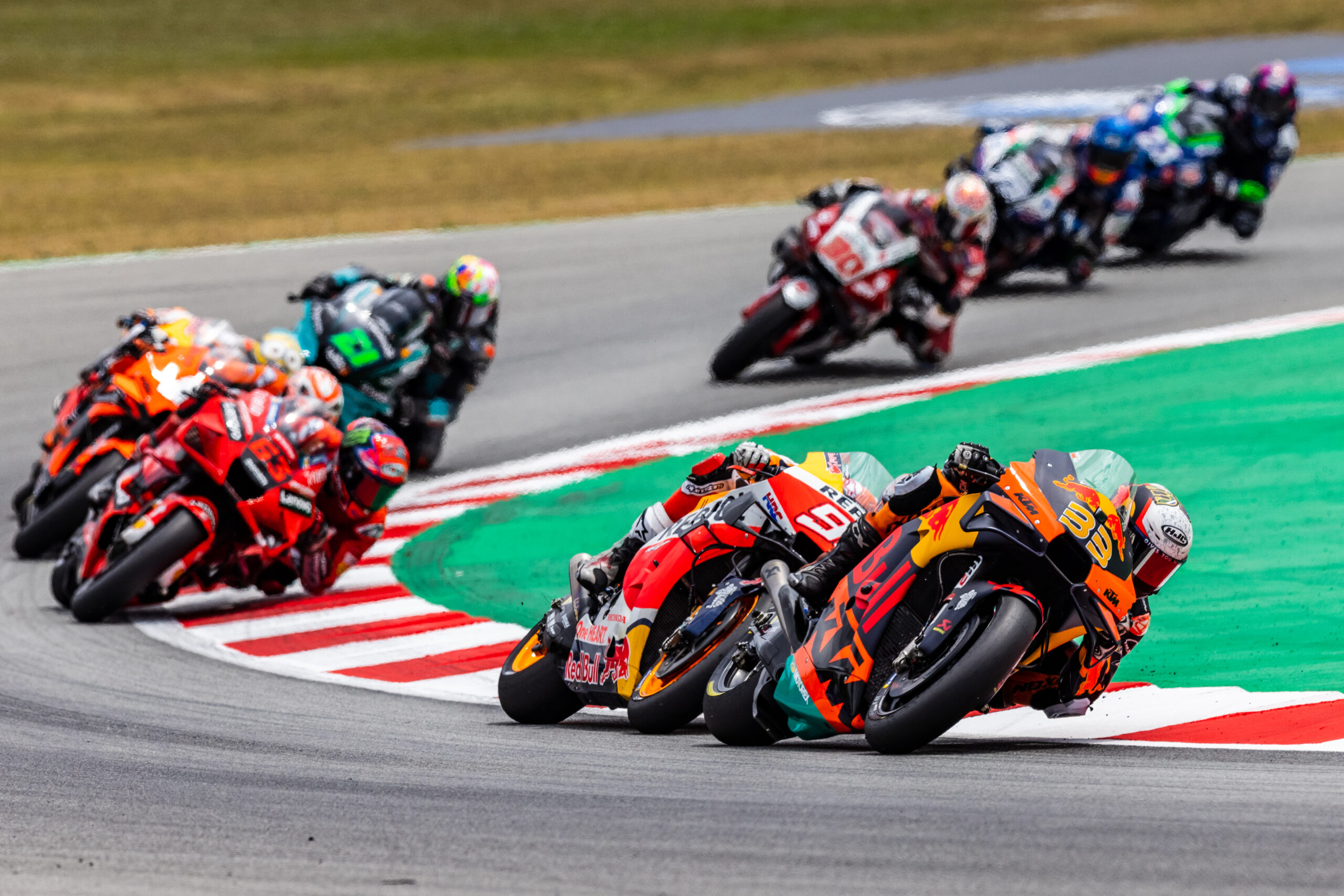 Created in 1992 and now three decades hosting a MotoGP Grand Prix, the Circuit de Barcelona-Catalunya is a popular venue for track day activity and the Catalan asphalt was slick, bumpy and difficult for teams to judge in terms of grip and tire abrasion.

Cloudy skies covered the event that saw race fans welcomed back to the grandstands with a limited attendance at the site a short distance north of the city of Barcelona. Temperatures hovered at 25 degrees as the MotoGP KTM quartet pondered between Medium and Hard tire options for the 24-lap chase.

Brad Binder rode just inside the top ten throughout today’s race and had a close fight with Pecco Bagnaia. The South African lost out in the chase to 7th place but by just two tenths of a second.

Brad is now in 9th place in the World Championship standings. A one-day IRTA test on Monday will follow the Grand Prix in Barcelona.

Round eight of nineteen will see MotoGP venture into the tight twist of turns that is the Sachsenring in Germany and another circuit that missed the limited 2020 calendar. The Liqui Moly Motorrad Grand Prix Deutschland will take place on June 18-20.

Brad Binder:
“It was a really tough race. I didn’t get the best of starts because someone hit me in Turn 2 and I lost a few positions. I tried to fight my way through but I was really struggling to get out of the corners. I was catching the group in front of me but then with three laps to go my rear tire was finished and it was like my speed fell off a cliff: it was impossible to keep going forward. I would have liked to have done a lot better than eighth place because I felt we had the potential, but I struggled with that rear traction today.”