Brad looks to raceday fightback in Assen after difficult qualifying 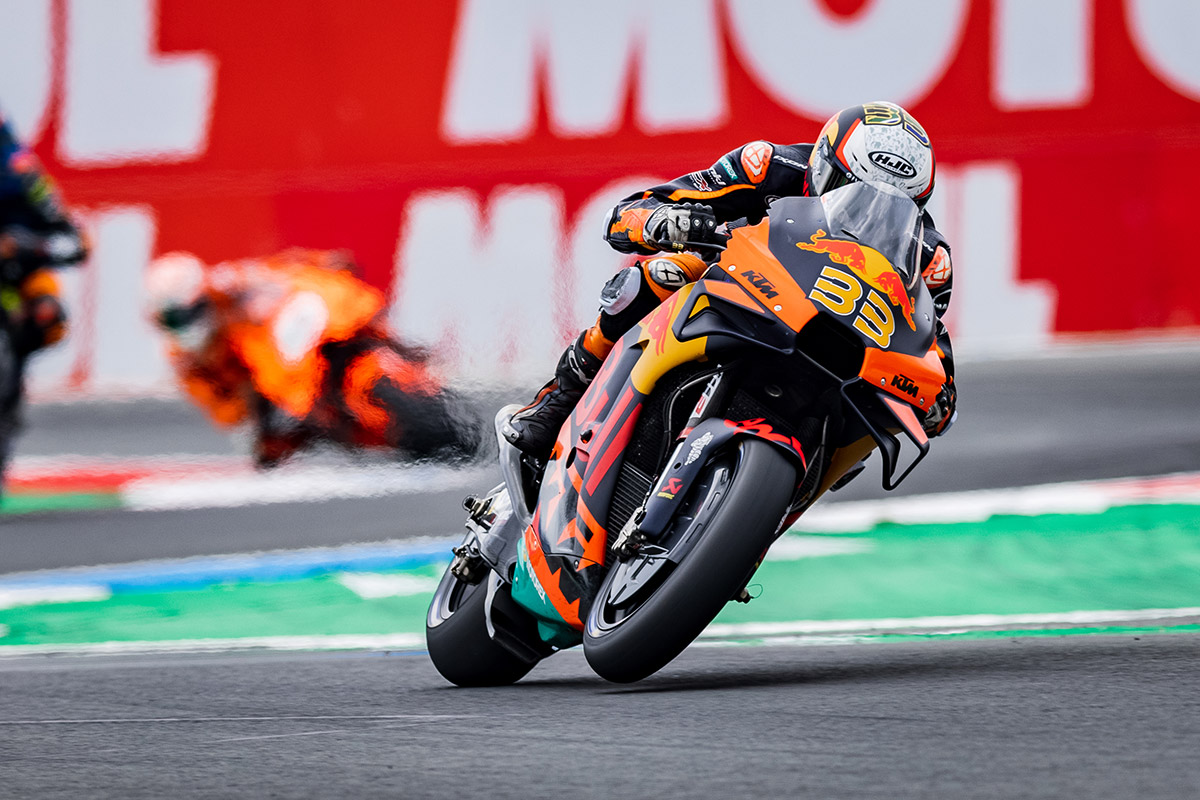 The Motul TT Assen Grand Prix pulled MotoGP to a fourth event from the last five weeks and back onto the hallowed Dutch tarmac (resurfaced last year) that missed the world championship schedule in 2019, and for the first time since the inception of the FIM series in 1949. Despite a rainy Free Practice 2 on Friday afternoon, Assen remained dry throughout Saturday.

Brad Binder fought throughout the short Q1 session but the South African was denied his fastest lap when Marc Marquez’s crash drew out the yellow flags and forced him to slow. Brad will enter the start grid in 21st position on Sunday.

Brad Binder:
“A really difficult FP4 and qualifying, even if we did do a lot of laps and worked hard to find our way. I had an issue with the softer tire and some stability after a few laps but when we put in the harder tire the feeling was quite OK. In qualifying I couldn’t even complete one good lap and that’s why we’re 21st. It will have to be a hell of a fightback tomorrow.”