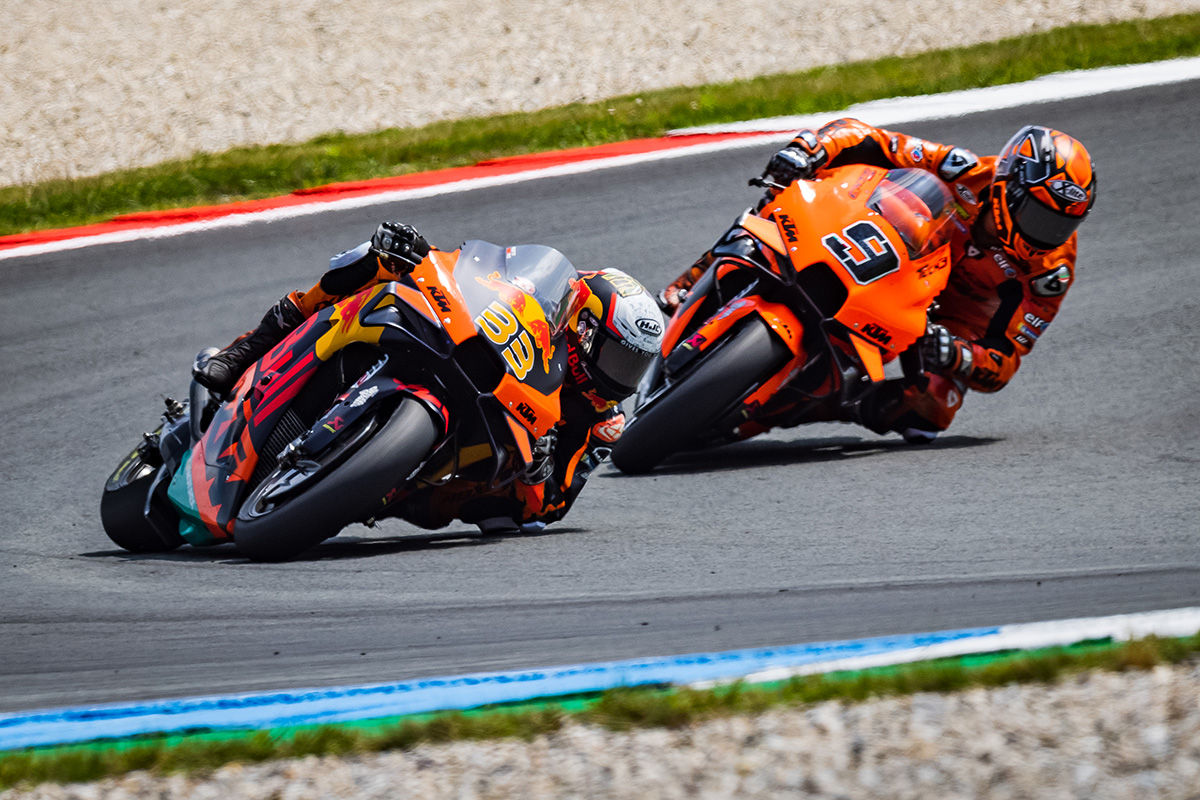 18 bends, flicks and dips formed the challenge presented by the TT Circuit Assen and one of the pillars of Grand Prix racing. The upheaval of the pandemic-influenced 2020 schedule meant that championship missed the Dutch stop and passionate collective of MotoGP fans last summer.

Brad Binder made good progress from the final row of the grid – the result of a difficult qualifying on Saturday, battling the whole race to finally take 12th position across the finish line.

MotoGP now enters a summer break with a hiatus lasting until the first two weekends of August. The Grands Prix of Styria and Austria will take place at the Red Bull Ring for a high-speed double header to start the second half of the season.

Brad Binder:
“A difficult race for me. Starting in 21st and trying to pass the guys in the beginning, and then I clearly didn’t have the speed in the first stages of the race. As the laps went down I started to improve my riding at different points on the track and went quicker. At the end I could match my quickest time on the last lap. I’m glad I made an improvement, but I lost too much time early on. It was an up-and-down weekend and I got a bit lost but I gave ‘my all’ in the race. I was a bit disappointed with 12th but we’ll re-group and come back stronger in the next phase of the season.”