Fantastic fourth for Brad in the #StyrianGP 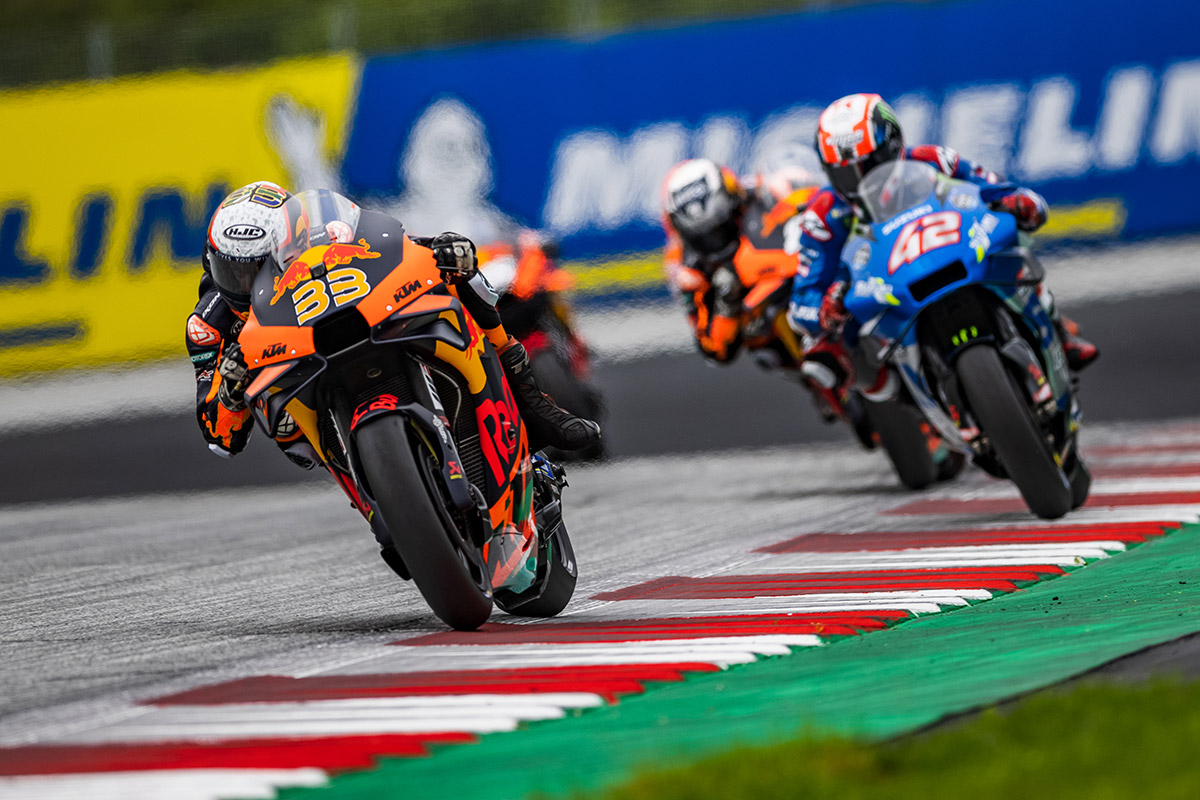 The Michelin Grand Prix of Styria was the scene for Red Bull KTM Factory Racing’s Brad Binder to again demonstrate his excellent race potential as the South African powered from 16th on the grid to seize 4th and equal his best classification of the season so far.

KTM RC16s were dispersed through the second half of the start grid with Miguel Oliveira leading the five-rider group in 12th position. The 28-lap MotoGP race had to be red-flagged after an incident which saw Dani Pedrosa’s fallen motorcycle hit by Lorenzo Savadori and the collision ruptured the fuel tank, causing a small fire and a delay to clean the track.

The restart saw Brad Binder as the front-running KTM. The South African managed his tires and grip in a dry race and without any of the rainfall that had affected morning warm-up. Brad pushed and pushed and found himself up to 6th on the last lap. He attacked Johann Zarco and Taka Nakagami in two thrilling and well-judged overtaking moves to capture 4th with one corner remaining. The result equals his 4th from the German Grand Prix and represents his fourth top five ranking of the season.

The Bitci Motorrad Grand Prix von Österreich will constitute round eleven of the championship and will give KTM a second attempt at their home venue next weekend.

Brad Binder:
“Today was a bit of chaos for the first race back! I almost crashed on the Sighting Lap of the first race actually. I don’t know why but it felt like the front tire had no temperature and for the first flying lap it was like it was wet. We need to look and see what happened. I went down to 25th at one point because I almost ran off the track. I passed four-five guys in the next laps until the red flag. The restart was much better and I had more confidence even if we really need a harder front tire. It is way-too weak for us. I was riding on the tire limit the whole race but managed to make a couple of moves to take 4th, which I was really happy with.”