Top ten grid slot for Brad at the #AustrianGP 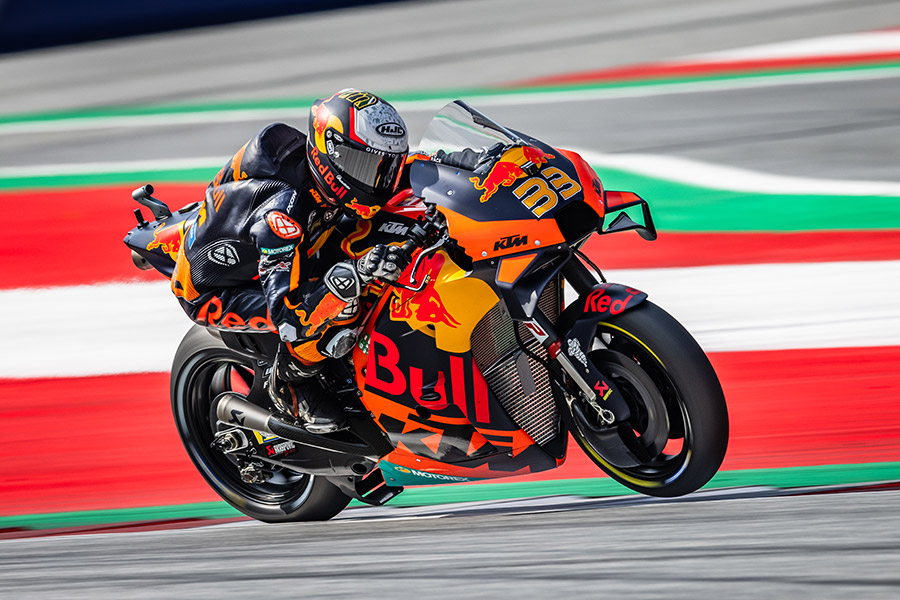 Sunshine and +20 degree weather graced Saturday’s Free Practice and Qualification at the Red Bull Ring as MotoGP gathered at the fast and hard-braking course for the second time in a week. Round eleven provided KTM with another chance to chase success in all three Grand Prix classes.

Brad Binder was joined by teammate Miguel Oliveira in Q2; the South African had been quicker and more competitive in his second attempt at the Red Bull Ring and earned his slot directly after positive work through the Free Practice sessions.

Brad made a small mistake in his last flying-lap attempt and rested six hundredths of a second behind the other Red Bull KTM RC16, nonetheless taking a top ten spot on the grid from where he can challenge towards the front end of the field tomorrow.

Brad Binder:
“I’d like to say I had a second in the pocket but the reality is that I could have done two-three tenths better but more than that would have been really tough. I think we need to look at where we were last week; we are much stronger [now] over one lap and also our pace in general is faster too. So to make it through to Q2 was a great start for sure. In Q2 I didn’t feel like I put the perfect lap together but at the end of the day I’m quite happy starting in 10th place. It is two rows better than last week. Six people that I don’t need to try and pass. Hopefully tomorrow I can get a good start and just try to push on and see how we get on in the race. I feel much more ready than I was last week and ready to go out and have a really strong race.”