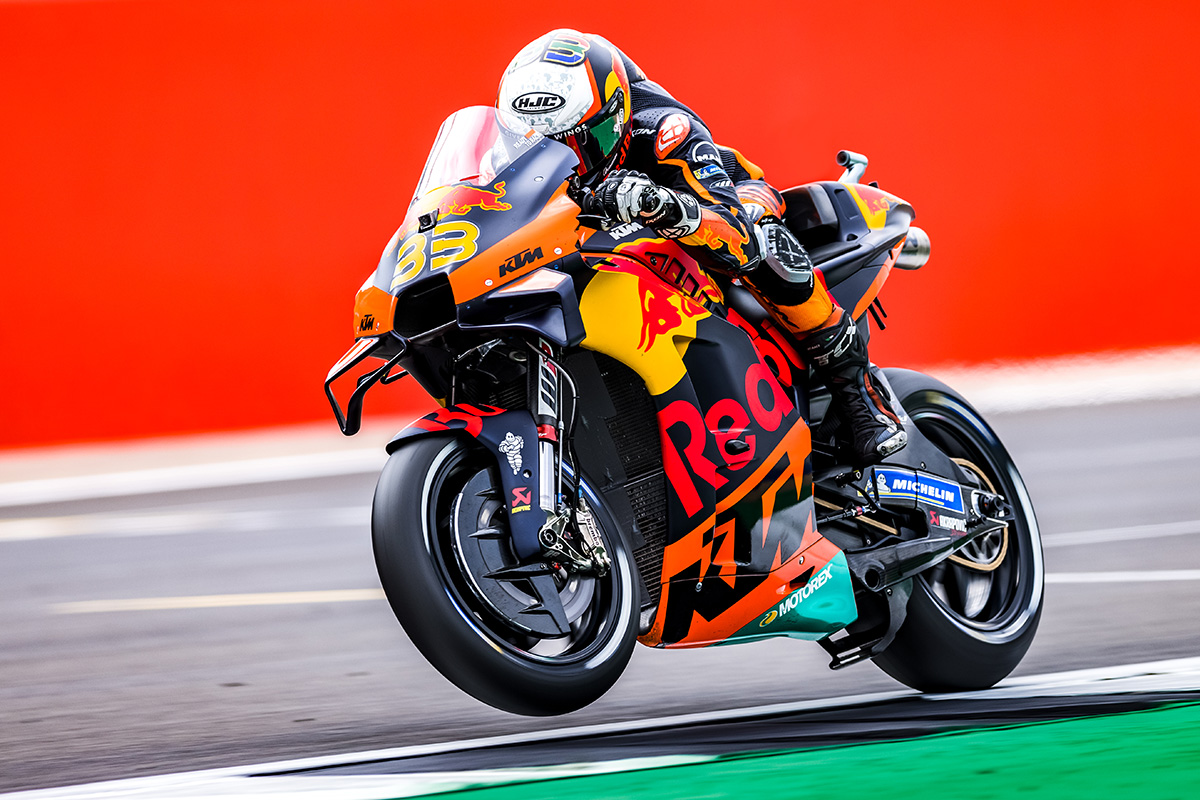 Brad Binder will roll his Red Bull KTM Factory Racing RC16 onto the fourth row of the start grid at Silverstone tomorrow, and starts the Monster Energy British Grand Prix from 12th position. The South African was the fastest qualifier in chilly conditions in the UK for the twelfth round of the season.

For the first time since 2019 MotoGP circulated the demanding course of Silverstone for a sold-out British Grand Prix and the twelfth round of the current season. Despite dry skies and occasional sunshine, a chilly breeze meant that set-up and tire choice became complicated for the tricky weave of 18 corners. The track demanded a constant flow and was a contrast to the hard braking and acceleration of the Red Bull Ring two weeks previously.

Winner of the last Grand Prix, Brad did not have to worry about damp asphalt and attacked the first Free Practice sessions with gusto to enter the top ten and secure Q2 standing during Friday’s laps. The 26-year-old pushed to reach the highest possible grid positions during the quick dash on Saturday afternoon but finally rested 12th.

Brad Binder:
“Today was OK, we started this morning a bit tough, a bit difficult, but I found a lap that pulled me onto the Q2 session. I gave my all in Q2 but there was not much more left for me. I did my best and 12th place will have to do. We’ll do our homework tonight and get in the mix tomorrow. I felt pretty good all weekend. I think in the race we can be stronger.”