Brad top KTM qualifier in Austin, lining up 11th on the COTA grid 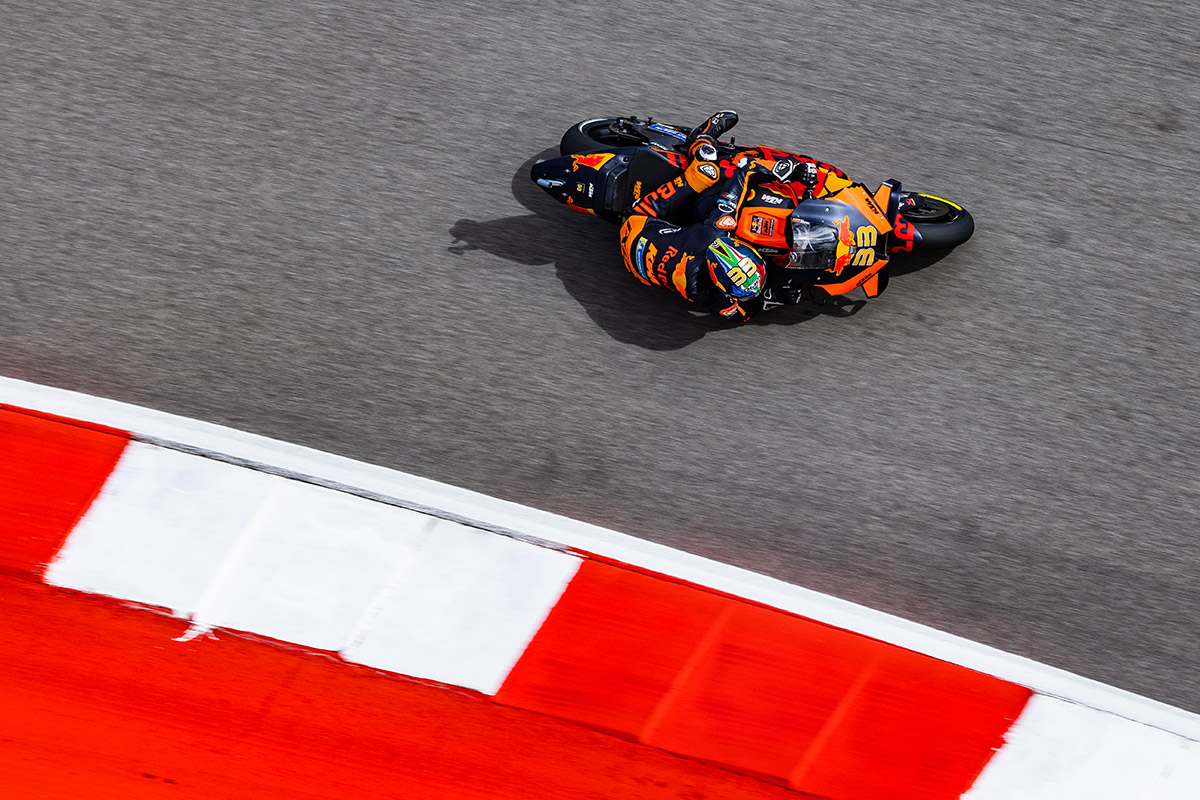 Brad Binder was KTM’s top qualifier around a rough and tricky Circuit of the Americas as the MotoGP series departed European shores for only the second time in 2021. The South African will start from the fourth row for the Red Bull Grand Prix of the Americas with the 11th slot of the grid.

The epic Circuit of the Americas welcomed the speed and exhilaration of MotoGP for the first time in two years with humid and changeable conditions for the fifteenth round of the series. The Free Practice session on Friday took place across a wet Texan asphalt while FP2 was drier but still damp. The course stayed dry throughout Saturday.

COTA is one of the longest and most technical tracks on the calendar, combining flowing changes of direction with tight turns that favor hard-braking and acceleration. The state of the surface attracted criticism because of the quantity of bumps and the state of the tarmac. The riders were pushed to mental and physical extremes while also trying to figure out set-up to cope with the ripples.

Brad was able to work his way directly into Q2 with his last flying lap of FP3, the South African nudged out Miguel Oliveira who had to enter Q1. The Styrian GP winner had some difficulties during FP4 but using a hard/soft tire combo for his final attempt to make his way up the first rows of the grid in Q2, Binder clocked his best lap so far and made sure of 11th.

20 demanding, unpredictable laps will start on Sunday at 21.00 CET.

Brad Binder:
“A challenging day in general. We had some issues this morning where I only got to do one good exit which was in FP3 and so in FP4 our plan went out the window and we were switching between bikes. Going into Q2 I hadn’t made a good lap through FP4 so the confidence wasn’t too high. I did my best and gave it my all. 11th is not where I want to be and I feel that we could have been higher up the grid but tomorrow is the race and it will do the job.”