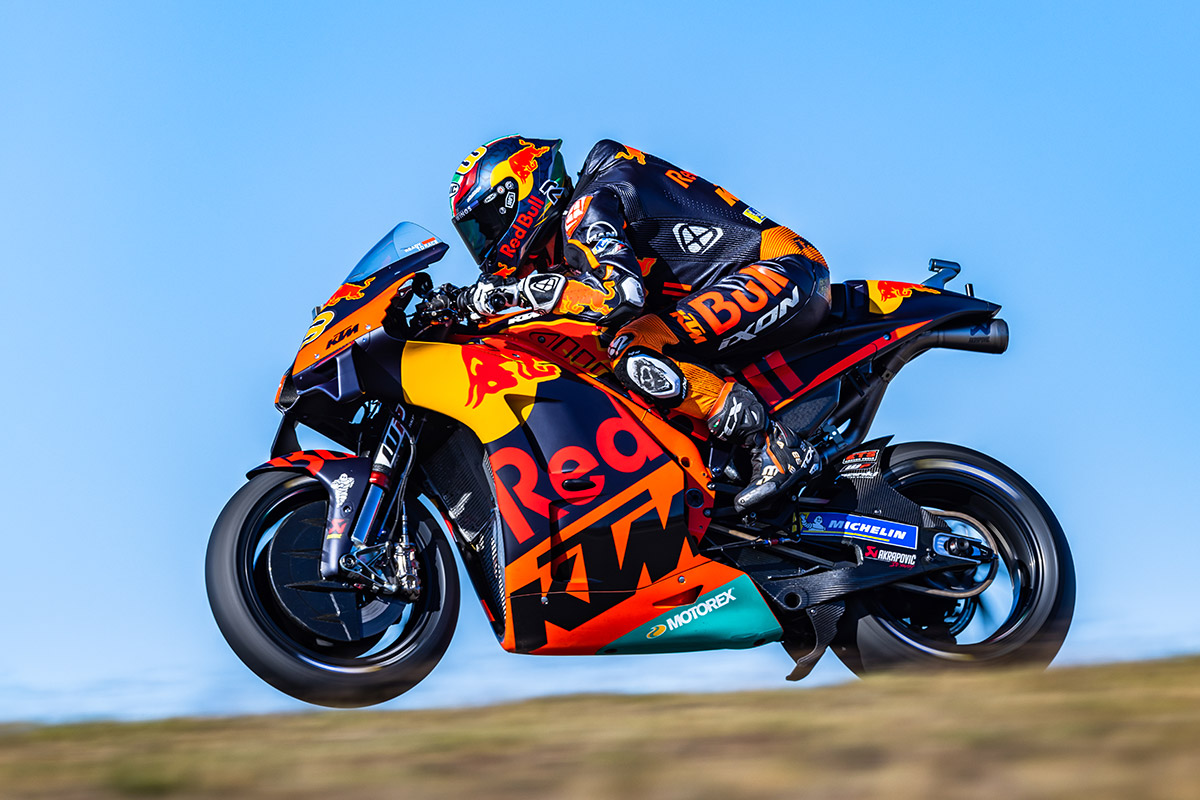 For the third time in almost a year MotoGP returned to the technical and daunting Algarve International Circuit in southern Portugal. After the Gran Premio do Portugal in April, both KTM MotoGP teams were able to tackle the 4.6km layout for the Algarve round as the series launched into the final double header in Portimao followed by the relatively short trip into Spain and to Valencia.

Compared to the changeable climate seen in Misano two weeks ago, Portimao was sunny, bright and chilly throughout Free Practice and Qualification on both Friday and Saturday.

Brad Binder’s Q1 was ruined by a crash on Turn 3 that saw the South African run out of time for another time attack – as a result he lines up nineteenth on the grid for tomorrow’s race.

Brad Binder:
“Not the day we wanted. We’ve been struggling all weekend so far and haven’t been up to pace. I had a small crash in qualifying which meant I didn’t post a lap in the first run. We put a new rear tire in but again I couldn’t get a decent lap done. 19th tomorrow and there is not much we can do about it. We’ll do our homework tonight and see what we can do in the race.”