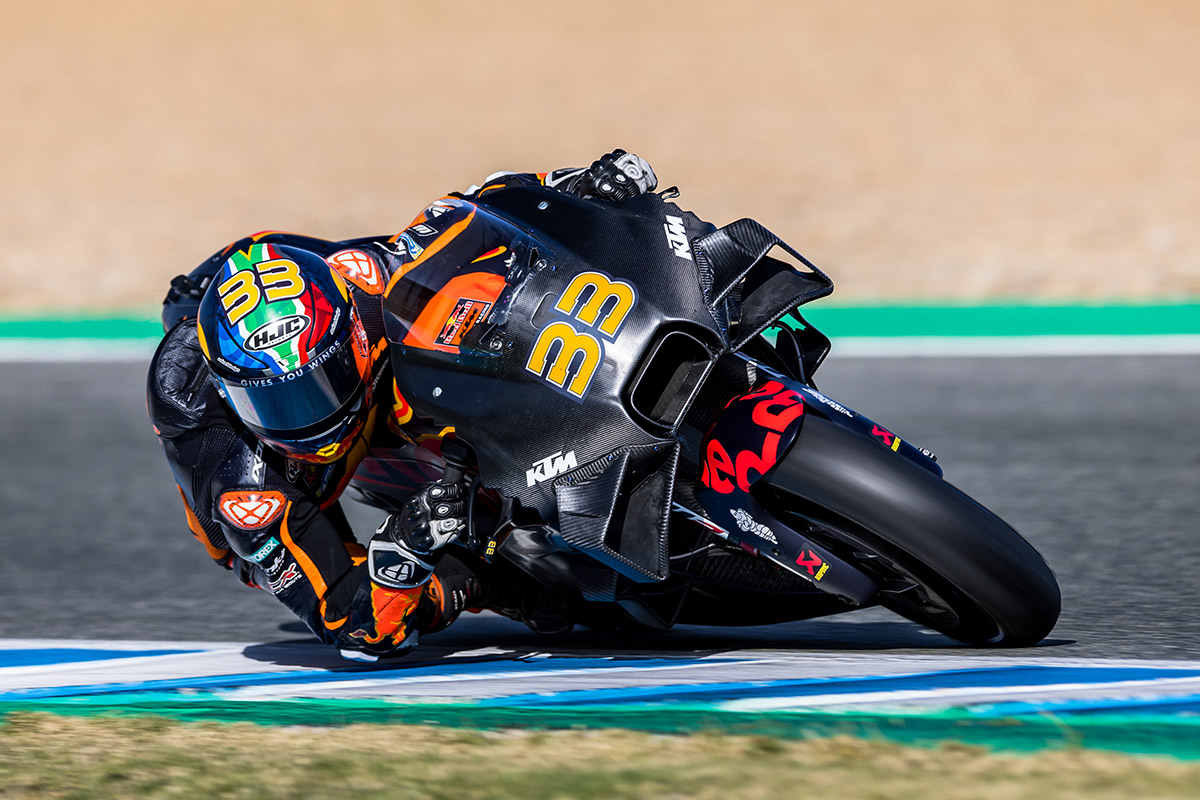 Red Bull KTM Factory Racing and the new-look Tech3 KTM Factory Racing team took to the track for two sunny days of 2022 pre-season testing at Jerez, where Brad Binder and teammate Miguel Oliveira continued to refine ideas for the latest generation of the KTM RC16.

Less than a week after the final round of the 2021 MotoGP series at Valencia, the entire grid reassembled for two days of crucial testing work with a view to the new season starting in March 2022. Sunshine and decent temperatures but in windy conditions enabled productive laps of the Grand Prix site in Andalusia. The engine development ‘freeze’ that was implemented through the course of the 2020 pandemic had been removed and KTM was one of the five brands running through components and theories for technical improvements.

As is the norm in the tight MotoGP testing schedule, KTM spun through a range of experiments involving engine, electronics and chassis and suspension modifications as well as new aerodynamic packages. Brad and Migueal led the brunt of the work with official test riders Dani Pedrosa and Mika Kallio also totalling plenty of track mileage.

Although lap-times were not a priority, Binder and Oliveira both hovered around the top ten and clocked more than 200 laps.

MotoGP will gather again on February 5th at the Sepang International Circuit for next pre-season test.

Brad Binder:
“Today was busy! We tried many things and tried different set-ups and a couple of different parts. We found some that were quite good: a different fairing and that had some positives but also negatives. Overall, some good information for the team to keep working and come back to us with something for the Sepang test.”