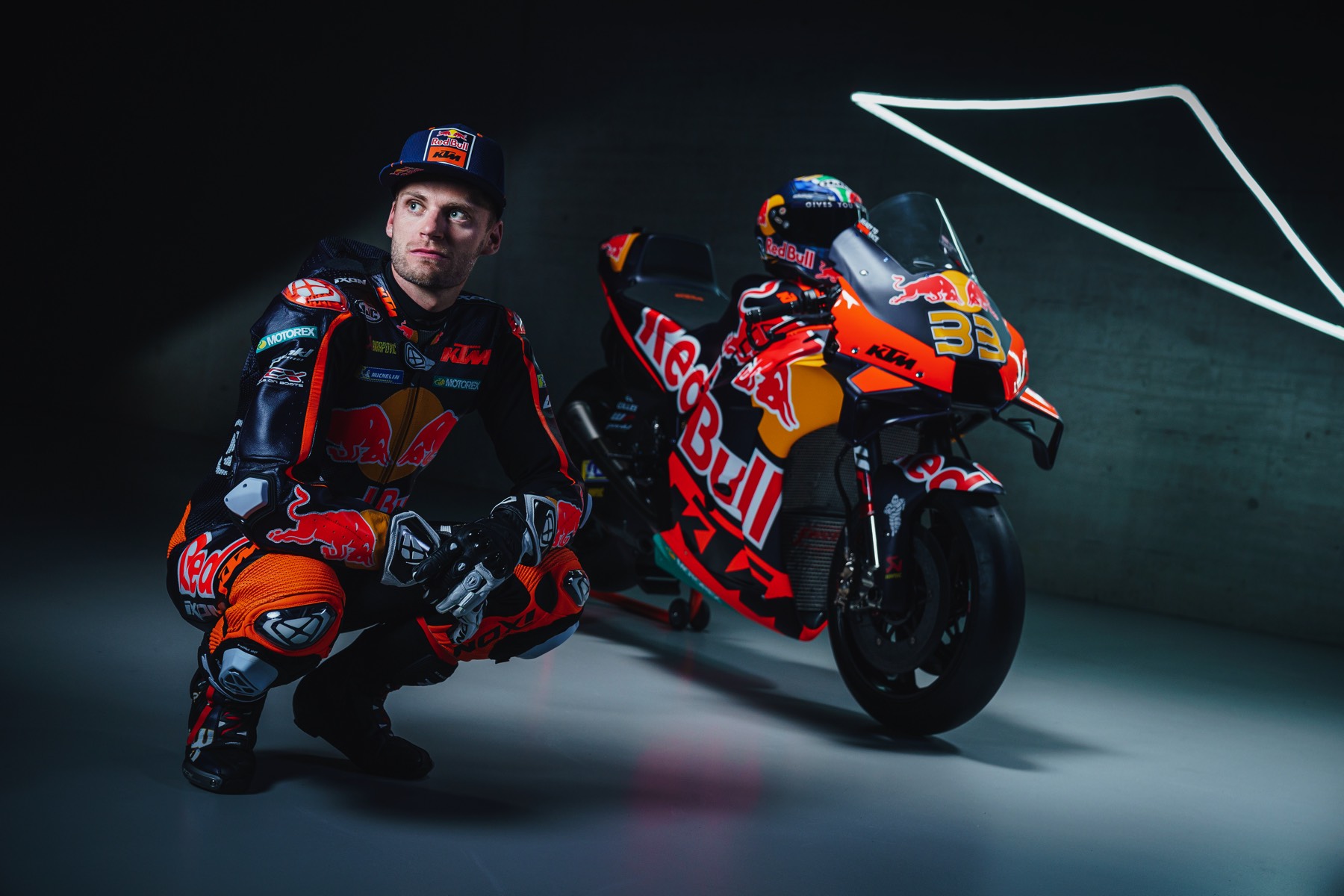 All routes lead to the Losail International Circuit on March 6th and the sixteenth consecutive year that the Grand Prix of Qatar will open the MotoGP World Championship. 2022 will be only the sixth season that KTM are on the MotoGP grid. Losail, in particular, was the scene of their very first full-time MotoGP appearance in 2016. During that intense learning term the factory was frequently trying to reduce the gap to the peak of the pack. They have since surged to the forefront with five Grand Prix victories and 12 podium appearances in just half a decade.

Brad (26-years-old, 17 career wins, two in MotoGP) prepares for his third MotoGP season, all with Red Bull KTM Factory Racing. Oliveira (27, 15 career wins and three in the premier class) entered MotoGP a year earlier but is currently the most prolific of the quartet and has walked the podium five times in three campaigns, all with the KTM RC16.

Brad Binder:
“I’ve learnt so much over the last two seasons it’s difficult just to pick a couple things in particular. I think each year has come with it’s own sets of challenges:in my first I had to manage my expectations a bit. I often wanted toomuch, too soon and made a lot of mistakes.Last year I had to accept where we were at some points and try and bring the bike home, which was difficult but I learnt a lot last year: I learned so much more about the category, how to save my tires better, how to manage races and I enjoyed it a lot actually. So, I’m going in to my third season understanding what I need to do to go faster and I’m looking forward to getting the year started. I’m more ready than I’ll ever be.”