12th on the grid in Argentina for Brad Binder 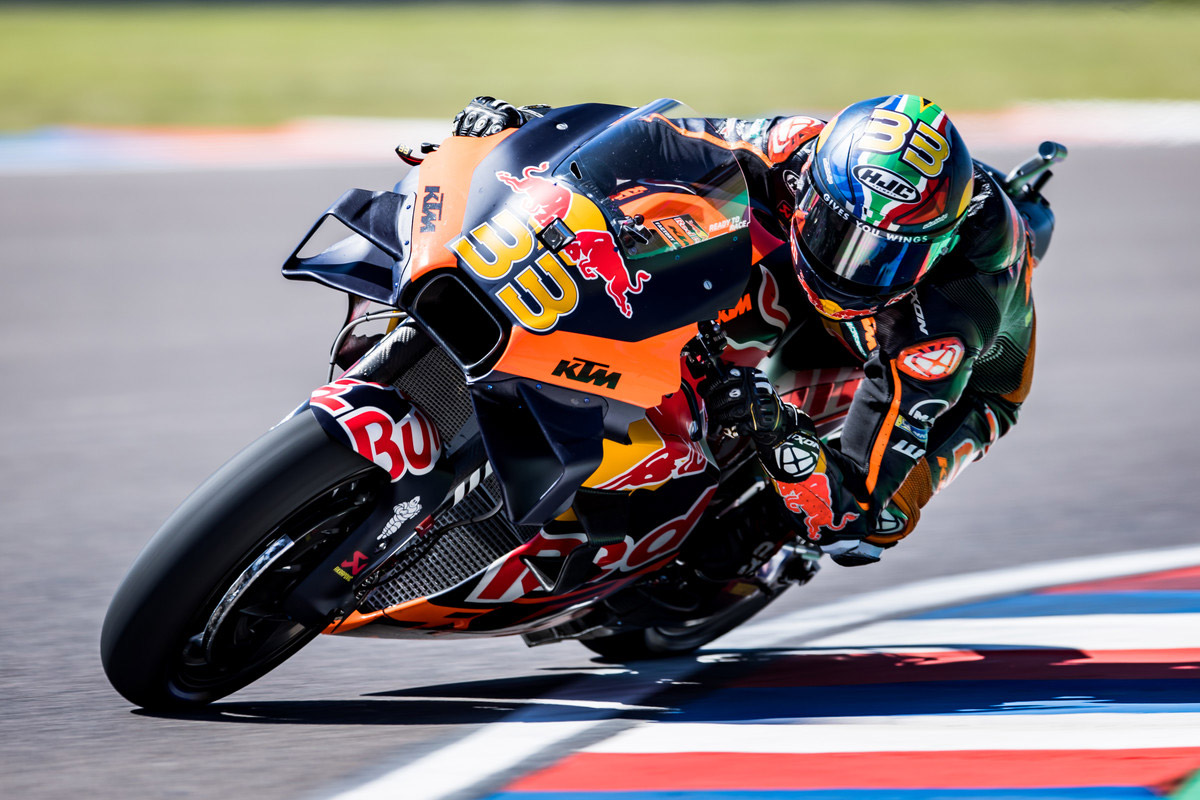 MotoGP returned to the flat and fast Termas de Rio Hondo circuit in western Argentina for the first time since 2019 and it was Red Bull KTM Factory Racing’s Brad Binder who was the fastest qualifier on a KTM RC16 for Sunday’s race.

The return to Argentina and the atmospheric circuit – that has been the home for MotoGP for the last six editions of the Grand Prix – began in difficult fashion. Late freight arrivals for sections of the paddock meant the organizers were forced to cancel Friday’s Free Practice schedule and install a condensed timetable for Moto3, Moto2 and MotoGP on Saturday only. The format meant even less time for the teams and riders to set-up their bikes for the sunny and warm conditions.

Red Bull KTM saw Brad go straight into Q2. The South African blitzed to a pacey lap in FP1 and then FP2 despite a technical setback as Oliveira entered narrowly missed Q2 by just three tenths of a second. Brad, who had qualified 7th and 4th in the previous two rounds, set the 8th quickest lap on his first attempt and then was vying for a Pole time through his last try but a small mistake in the third sector through Turn 7 ended his quest. He finished in 12th.

Brad Binder:
“A really good day except for the last exit! I’m really happy with the bike and how we have worked today. It was a little bit of a special format and I was able to learn the track quickly and be competitive right away. My pace on worn tires is really good and I’m super-happy with the feeling I have when the grip goes away. I was unlucky in qualifying but I had my normal feeling back when I changed to the final set of tires. I was coming around fast but unfortunately I made a small mistake when I nudged my gear lever under braking; shifting an extra gear when you are meant to be braking doesn’t help. I’m a bit frustrated because of that, we should have been on the first two rows, but I’m ready to fight tomorrow.”