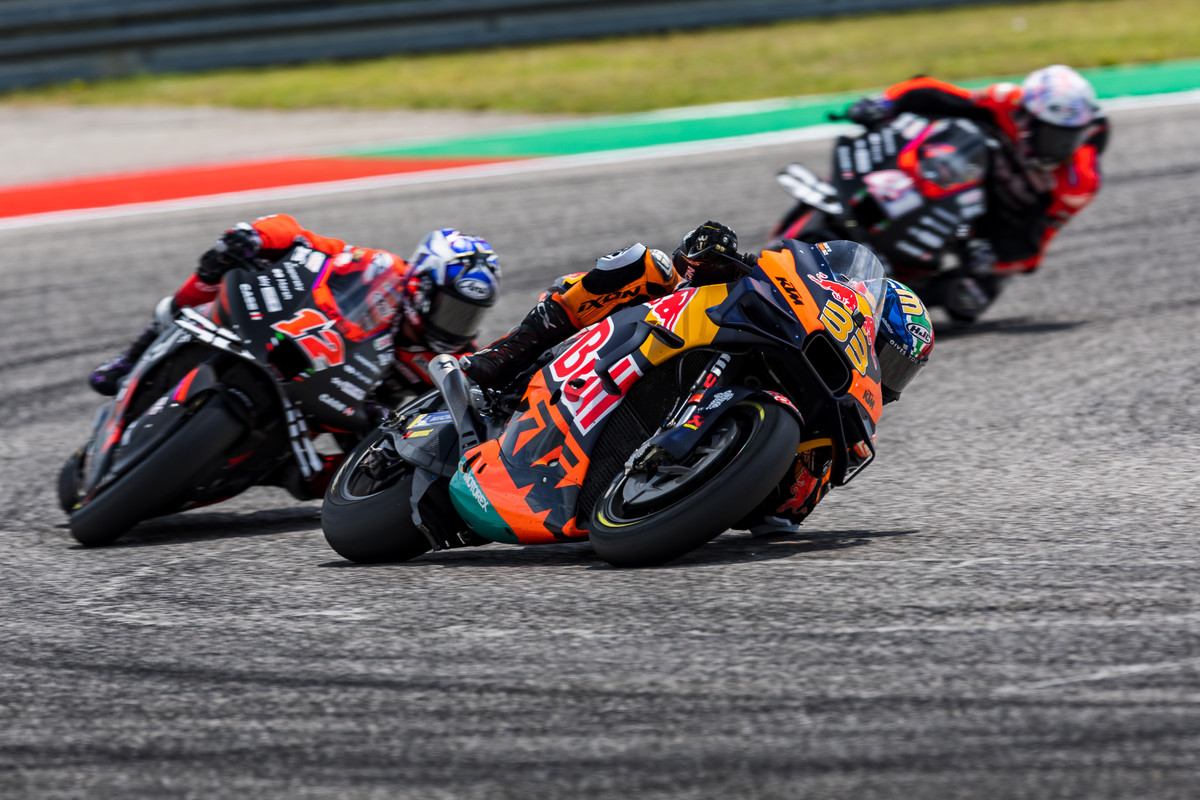 KTM left a hot and challenging Red Bull Grand Prix of the Americas with Brad Binder clutching 12th position and four world championship points as MotoGP completed the fourth and final ‘flyaway’ event of the 2022 campaign in the United States.

The Circuit of the Americas was the captivating stage for round four of 2022 MotoGP and after the series had clocked-up airmiles with trips to Qatar, Indonesia and Argentina since the season launched. A decent resurfacing effort of the 20-turn, 5.5km layout that features a wide range of varied corners and speed demands provided more grip and less bumps. Temperatures were pleasant without being oppressive, but a strong wind was another complication for the riders to handle for 20-laps on Sunday afternoon.

The KTM quartet searched in vain for usable traction and effective one-lap pace in practice and qualification but had to accept slots in the second half of the start grid. Brad was the furthest ahead with 17th place but still had to attack the field in the first laps to gain ground. The South African reached the top ten at one stage before classifying 12th and having recouped five spots.

Europe beckons and the first of another back-to-back double begins with the Grande Premio Tissot de Portugal at Portimao in two weeks time.

Brad Binder:
“The race was going well from the beginning and we made the right choice with the tires because the soft option lasted until the end. I’m not happy at all to finish 12th because I got up into the battle for 9th and ended up tagging the back of a rider and falling back again. There were two laps to go and I couldn’t get back. It’s been a tough weekend but we managed to salvage some points. Let’s see what we can do at the next one.”