Rare DNF for Brad at Portimao in the #PortugueseGP 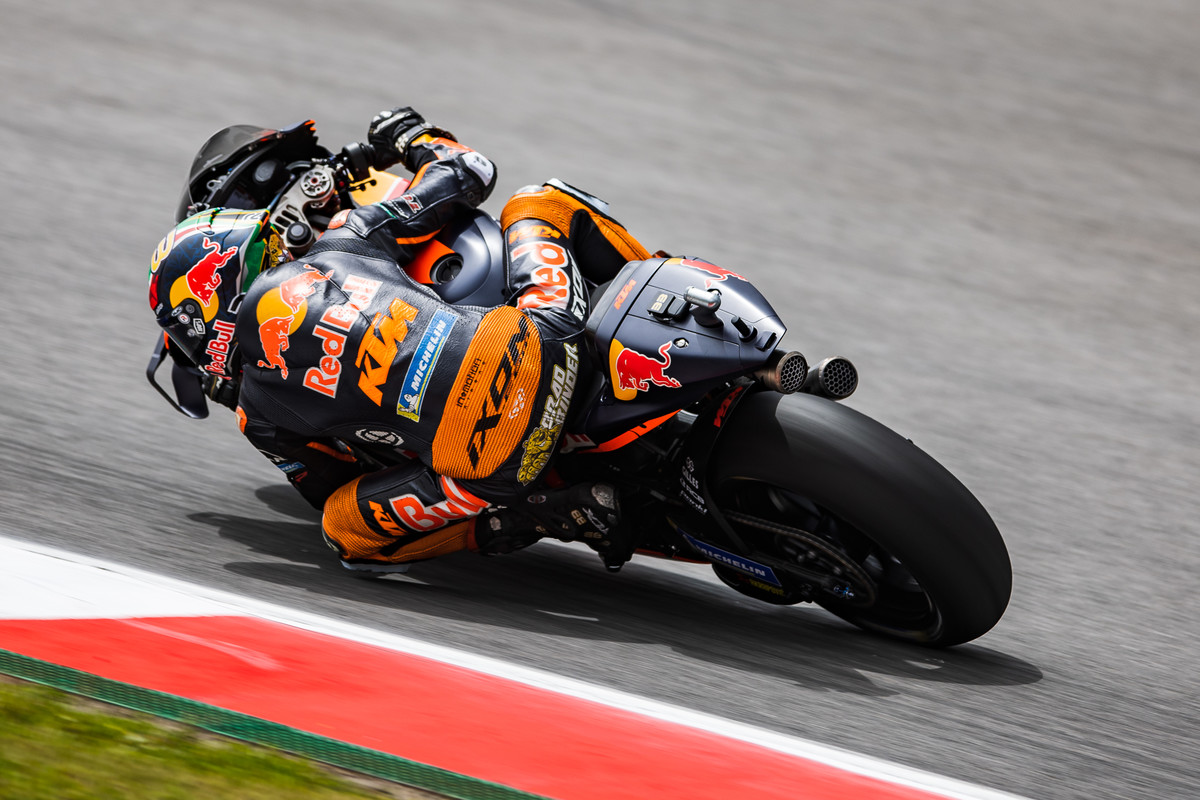 MotoGP flew around the splendidly flowing Algarve International Circuit for the fifth round of the world championship campaign but it ended with an unfortunate DNF for Red Bull KTM Factory Racing’s Brad Binder.

Brad charged through the pack, fighting hard all the way, to eye the top ten but crashed at mid-race distance.

The Gran Premio Red Bull de España takes place at its traditional home of the Circuito de Jerez – Angel Nieto next weekend and means only a short drive east for the MotoGP paddock ahead of round six in Andalucía.

Brad Binder:
“It was nice to wake-up to sunshine and have a dry track to race on. Warm-up went reasonably well and I noticed a few things with the set-up but we didn’t really have time to work on it. I was battling in the race and fighting to get the bike stopped when I was behind people but started to find my groove. I was pushing-on but unfortunately got sucked into one of the corners too much and tucked the front. Sorry to the team for messing-up. This happens. We’ll move on, and Jerez is normally a great track for us.”