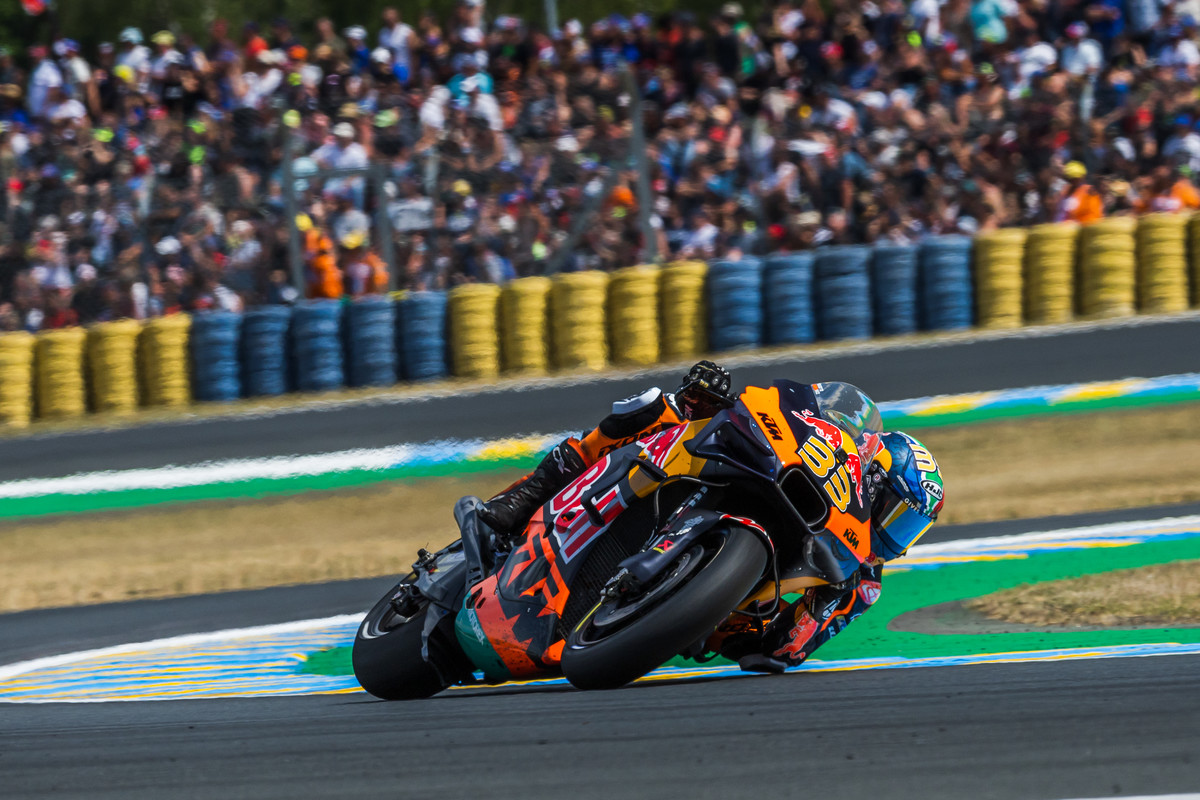 The SHARK Grand Prix de France moved the 2022 MotoGP season up to round seven of 21 and a bright and packed Le Mans was the scene of another top ten finish for Red Bull KTM Factory Racing’s Brad Binder as the South African finished 8th.

The notoriously unreliable Le Mans climate initially swung back to an ‘unpredictable’ status at the beginning of French Grand Prix race-day and after two days of practice and qualification work in sunny and warm conditions. The Moto3 sprint was red-flagged and restarted due to a rain shower but the capacity attendance was able to put the umbrellas away shortly afterwards and the 27-lap MotoGP event occurred in sunshine once more.

Brad gunned his KTM RC16 from the sixth row of the start grid and the South African was closely followed by teammate Miguel Oliveira. Contact with another rider through Turn 6 saw Binder’s left aerodynamic ‘wing’ snap free and the South African then had a long and hard slog through the remaining race distance to compensate. Brad resisted and was rewarded with a creditable 8th by the flag.

Another back-to-back prospect looms on the horizon for MotoGP with more memorable events coming up in Italy and Catalunya. The circuits of Mugello and Circuit de Barcelona-Catalunya will stage the championship on the weekends of 28-29 of May and 4-5 of June.

Brad Binder:
“It was an incredibly tough weekend for us. It started in a difficult way in FP1 and I made a good step for FP2 but it was difficult from then on. In the race I fought hard and did my best. I lost my left wing early and after that life was tricky! The bike was super-unstable and I had to fight like hell. It was physically draining and took a lot more focus than usual to do the same job. Thanks to my team. They worked extremely hard and we did the best job we could. Now it’s time to look forward and get back to where we want to be.”