Brad lines up sixteenth on the grid for the #ItalianGP 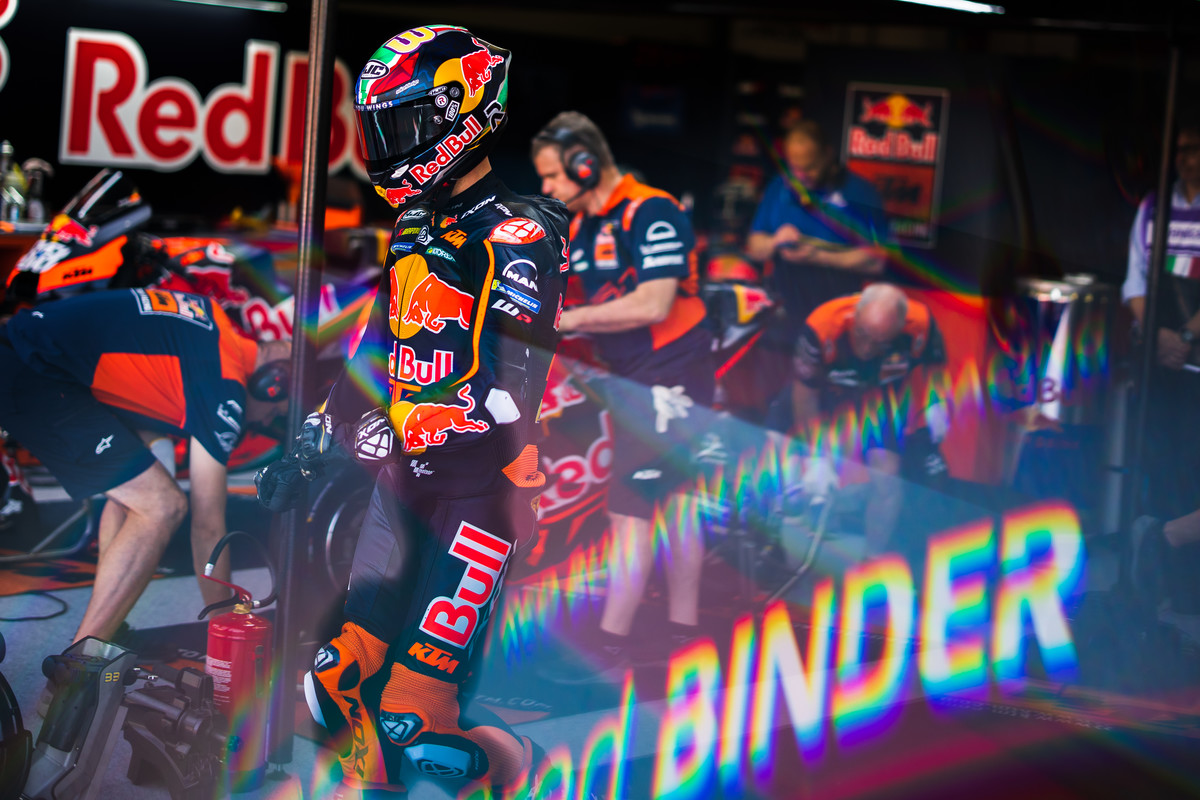 The Gran Premio d’Italia Oakley saw MotoGP fill the paddock space at a hot and humid Mugello circuit, north of Florence. The scenic and spectacular course was hosting the FIM world championship for the 36th time and provided the usual test of cornering speed and flow as well as the daunting, snaking 1.1km fast home straight.

Sunshine and early summer weather affected Free Practice 1 and 2 on Friday but the climate changed for Saturday when FP4 and the two Qualification outings – Q1 and Q2 – were run under dark, stormy and damp skies.

Brad Binder initially set a lap on Friday to sit in direct contention for Q2 but the South African could not progress in Free Practice 3 as the rest of the field marginally lowered the bar. All four KTM RC16s had to negotiate Q1 and both Binder and teammate Miguel Oliveira set the pace with slick tires as the track started to dry in between flurries of rain. Both riders would miss Q2 by just tenths of a second as the final minutes saw rapid changes to the order.

Brad Binder:
“FP3 wasn’t the best session for me but we made some changes for FP4 they felt better. I took the gamble of pushing for an early lap in Q1 before it became really wet. It went well but then the rain never really came! It was quite breezy so the track was drying in some places pretty quickly. I misjudged the session. Anyway, I’m sure I can have a solid race here. Things are not quite as they seem and I know we can push forward.”