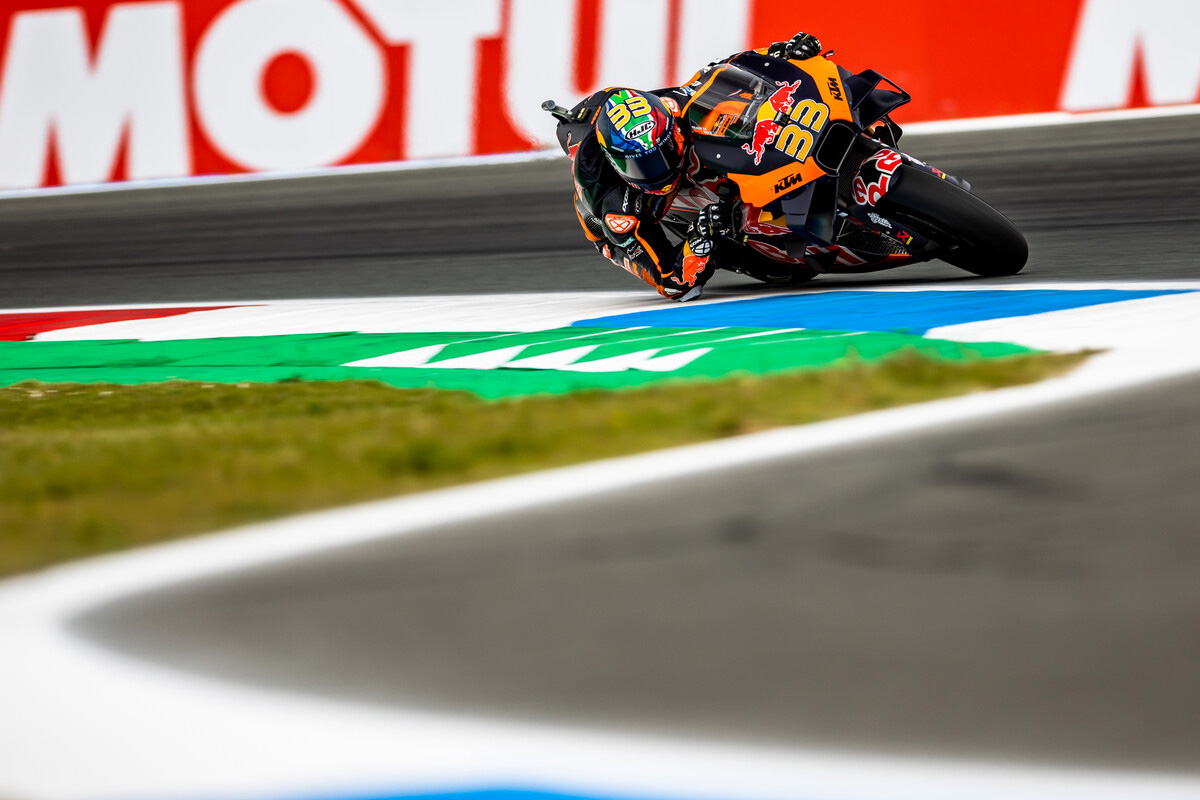 Red Bull KTM Factory Racing battled to strong results at the Motul TT Assen as both Brad Binder launched from a mid-grid slot to capture 5th in front of another busy venue of more than 100,000 spectators on race day, hungry for Grand Prix action.

The quick, technical and demanding TT Circuit Assen was packed to the rafters for the first time since 2019 and the wet weather that blighted the first day of Free Practice for round eleven of twenty in the current campaign steered clear for the 26-lap, 118km race distance on Sunday. Brad qualified in 10th place on Saturday and sat at the front of the fourth row.

As the race started Brad leapt to the fringes of the first five riders and was then battling with Maverick Viñales and Jack Miller for a sniff of the last podium step. He set his eyes on 4th place as Viñales escaped in the final stages – light rain even started to briefly fall at one point – but then Aleix Espargaro joined the contest in the closing two laps and the Catalan’s move in the final chicane squeezed the South African.

Brad was 5th by less than two tenths of a second and was less than 1.5 seconds from Viñales and the podium. 5th was still his second-best result of 2022 so far and with a race time almost 30 seconds superior to his 2021 effort at TT Circuit Assen.

Brad now rests 6th in the Riders World Championship as the MotoGP season takes a five week break. The Monster Energy British Grand Prix will fill the twelfth stop for 2022 MotoGP but will not take place until the first weekend of August.

Brad Binder:
“A good race and it felt like it was qualifying from the start to the end! I tried my-heart-out for the podium, I thought it was possible. On the last lap I dived up the inside of Jack but then Aleix got us both: I’m glad we all made it around and nobody crashed! Anyway, it was nice to have a top five finish; it’s been a while. I started at the front, more than I have done lately, and it’s easier to be fighting from 10th than say 15th. I think we got some good data for the team and it’s clear where we need to improve. Once we get it right then I believe we will be really strong.”