Brad finishes just outside the top ten in the #BritishGP 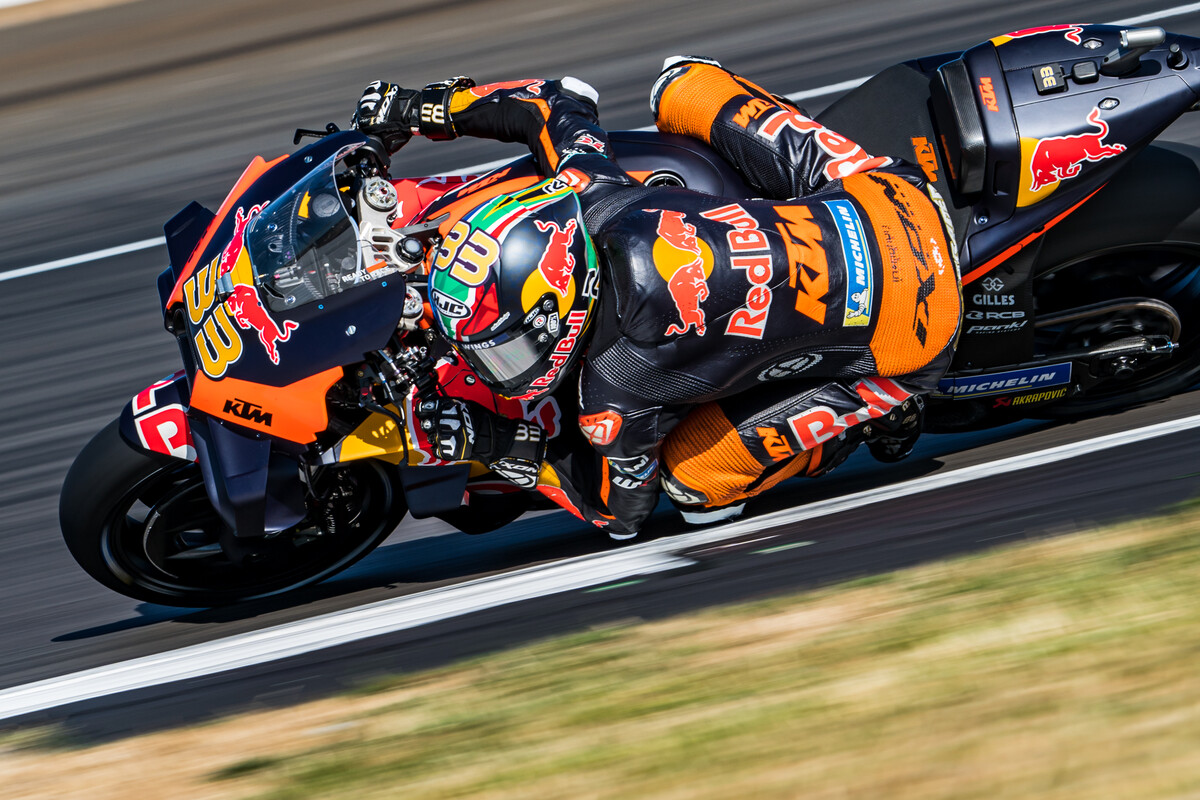 MotoGP fired to 20 intense laps at a sunny Silverstone for the Monster Energy British Grand Prix and with KTM RC16s starting from the fifth, sixth and eighth rows of the grid. The rapid and long 18-corner course was a wide, technical challenge for the riders and created a 12-rider strong group pushing for podium contention.

Brad Binder, who started alongside teammate Oliveira on the grid, was making gains on the lap chart as the race got underway but the medium rear tyre choice on the hottest day of the Silverstone weekend so far ultimately dented his competitiveness and he crossed the line in 11th; just 7 seconds behind winner Francesco Bagnaia.

Brad Binder:
“All weekend we had quite good pace on race rubber but in qualifying we keep trying to make a competitive lap-time to be a bit further up. I had a really good start today but unfortunately in Turn 5 I had a bit of contact and lost five positions. It put me off the back of the front group and although I caught up again I made a massive mistake with my tire choice. I paid for it because I had large drop in the last laps. Sorry to my team because we could have definitely done something good today. A big learning experience for us.”