Brad to start the #AustralianGP from sixth row of the grid 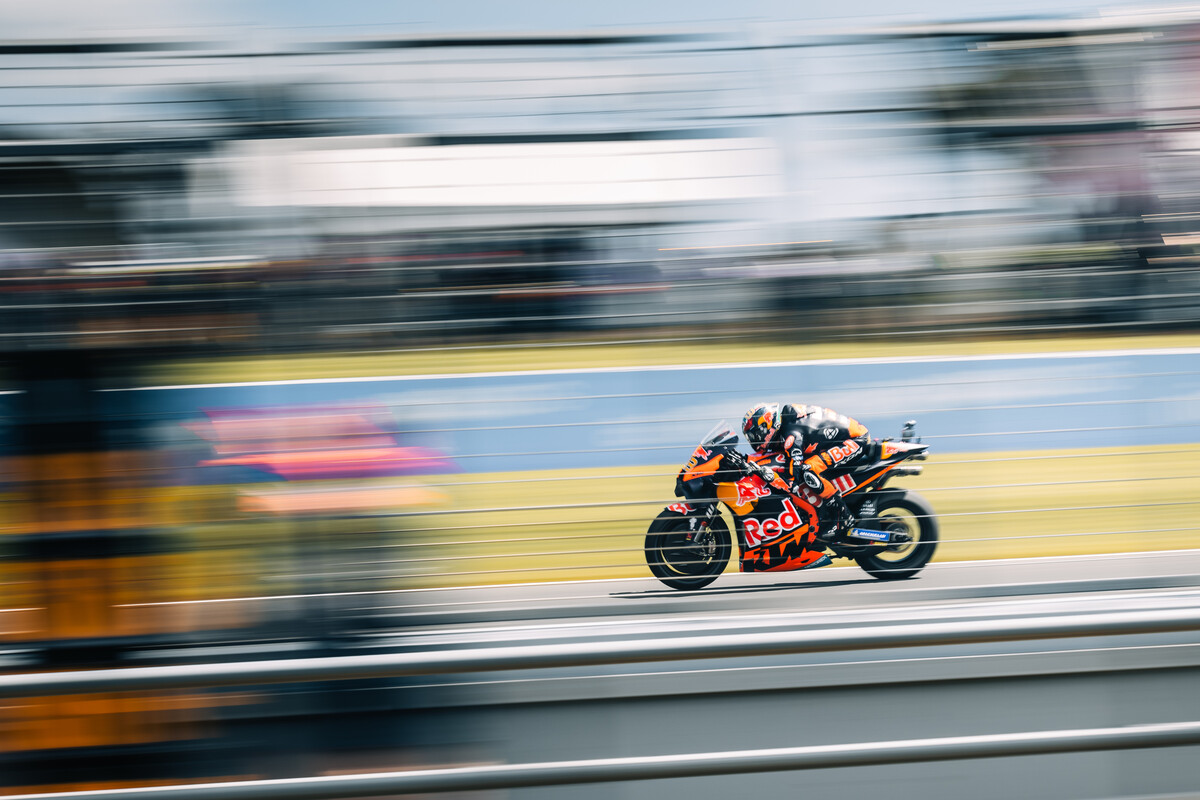 The spectacular flow and challenging climate of Phillip Island welcomed back the growl of MotoGP for the first time since 2019 and Red Bull KTM Factory Racing’s Brad Binder was the quickest KTM RC16 racer as the South African qualified 16th in Australia.

The Animoca Brands Australian Grand Prix instigated the final three race spell of the 2022 MotoGP season and with events in Malaysia and Spain left to run in a tight time span. The exposed but wonderfully natural and fast circuit 90 miles from Melbourne was open to MotoGP action for the first time since 2019, which meant three of the four KTM RC16 riders were novices in finding their markers around the 4.4km course.

As ever, Phillip Island was battered by the elements. Torrential rainfall flooded sections of the track in the build-up to the Grand Prix and left slick sections through a mercifully dry Friday program. Cool temperatures and strong winds were other common traits as the teams also had to change bike set-up to cope with the relatively low braking demands, high-speed turning and lack of front-end ‘load’ that makes Phillip Island such a contrast to the previous sites in Japan and Thailand.

On Saturday the weather remained bright and less breezy compared to Friday. Brad and teammate Miguel Oliveira combed their configuration options in search of better competitiveness for a ‘hot lap’ and while they were able to make gains in terms of their race pace potential for Sunday, were unable to break out of Q1. Brad came the closest and ranked 6th (for 16th in the general ranking) just a few tenths of a second away from making it to Q2.

Brad Binder:
“We need to accept that it’s been a difficult weekend so far but in FP4 I felt like we made a big step forward and I really felt comfortable on the bike. I was able to improve quite a lot and find some consistency, even if our all-out lap-time is not where it needs to be. There was a lot less wind today and that made things easier for us but we need to be able to carry more speed through these fast, flowing sections. I know what we need for tomorrow and how I can get better also, so we’ll aim to catch up during the race. It will be a long one and tire wear will be huge. We’ll come out fighting.”