Top ten finish for Brad Binder in the #AustralianGP 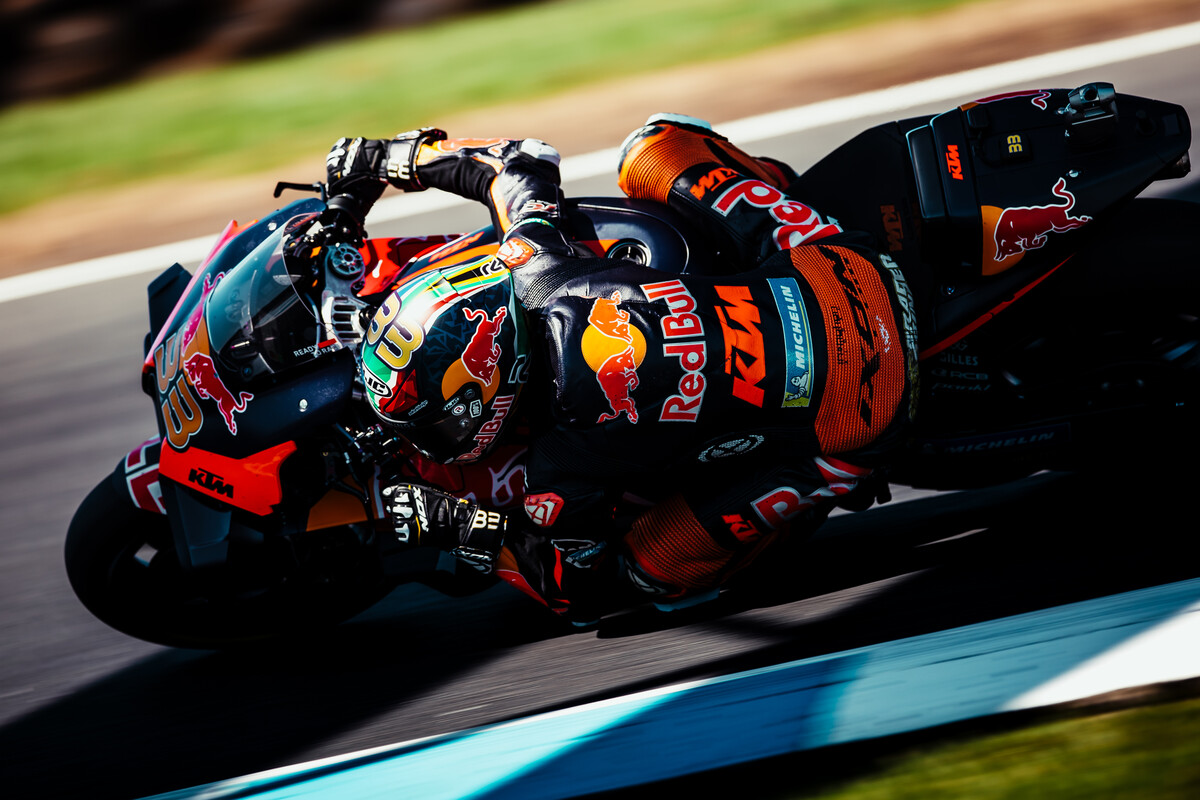 Red Bull KTM Factory Racing came through 27 demanding laps of the Phillip Island circuit with championship points as Brad Binder battled brilliantly to classify 10th for round 18 of 20 in 2022 MotoGP.

Sunny and breezy conditions graced the fourth round of 2022 MotoGP in five weeks as Phillip Island provided a close, tense and entertaining scrap for honours. The short but fast and flowing layout tested concentration, consistency, bike set-up and tire preservation. For the KTM MotoGP wing the Australian course was a contrast to the hard-braking and acceleration requirements found in Japan and Thailand in recent weekends. The event was also the first visit by the world championship to the Victorian state venue since 2019; meaning MotoGP ‘debuts’ for Brad Binder, home hope Remy Gardner and Raul Fernandez.

Brad was the leading light despite some tough times in practice and qualification that meant the South African had to getaway from 16th on the grid. #33 was then bumped off track on the first lap after making decent inroads from the start. He showed amazing pace to cut through to the leaders and reach as high as 7th before rear tire wear began to eat into his lap-times. Despite a last few tricky circulations Brad was less than six seconds away from the winner.

The Sepang International Circuit will host the Petronas Grand Prix of Malaysia next weekend and the penultimate date of the 2022 MotoGP campaign.

“It was an extremely challenging weekend and in the end we were the strongest when it came to the race so hats-off to the team again. They did a fantastic job and helped us salvage some points today. I had a great start but going into Turn 4 a few guys hit each other, they sat up and then someone hit me and I had to go straight on. I went from the top ten to outside the top sixteen. I had to claw my way forward and got up to the lead group but I knew that I was being hard on my rear tire. It was a race where you had to save rubber but I didn’t really have a choice after that first lap. I had to push and get as high as I could. Not happy at all to finish in 10th but we fought the best we could and we will take information and data from here to make sure it doesn’t happen again.”