Brad lines up 13th on the Sepang grid for the #MalaysianGP 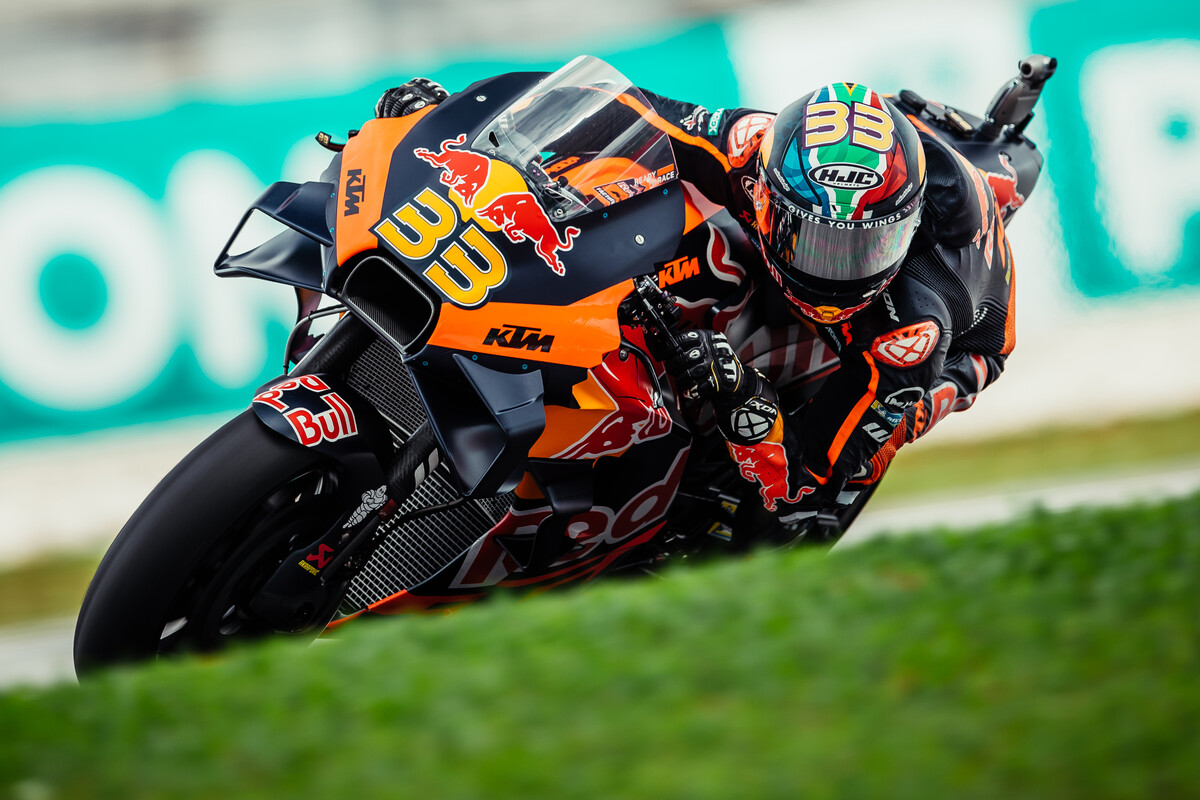 20 intense and simmering laps of the Sepang International Circuit will begin tomorrow with Red Bull KTM Factory Racing launching from the fifth row for what will be the penultimate round of the 2022 season.

The Petronas Grand Prix of Malaysia gave MotoGP another consecutive weekend of racing and marked the final date of a four-event continental swing. The 20-round calendar is drawing to a close with only fixtures in Malaysia and Spain left to run and the stuffy temperatures and unstable climate of Sepang was the stage for the first Grand Prix in the country since 2019.

After a decent recovery in Australia the previous week, Red Bull KTM started on a stronger footing at the track south of the capital city of Kuala Lumpur. Brad Binder was fastest in Free Practice 1 and when the rain fell before FP2 the South African was able to maintain his top position on Friday. Brad held a top ten slot in FP3 but was narrowly nudged out of Q2 contention with teammate Miguel Oliveira also not far away from the cut.

Race pace and set-up looked promising for the duo in FP4 but it was Brad who was the more proactive in Q1 and his best attempt almost allowed him to glide through to Q2; just two tenths of a second was the divider and #33 was less than half a second from the peak of the time sheets.

Brad Binder:
“It’s a pity not to enter Q2 but we don’t quite have the speed of the other guys over one lap. I gave my best in Q1 but it has been another learning experience for us and we know where we need to improve. Our race pace is not too bad so we’ll have to go again tomorrow and the key will be to keep as consistent as possible and that means we’ll be strong at the end of the race.”