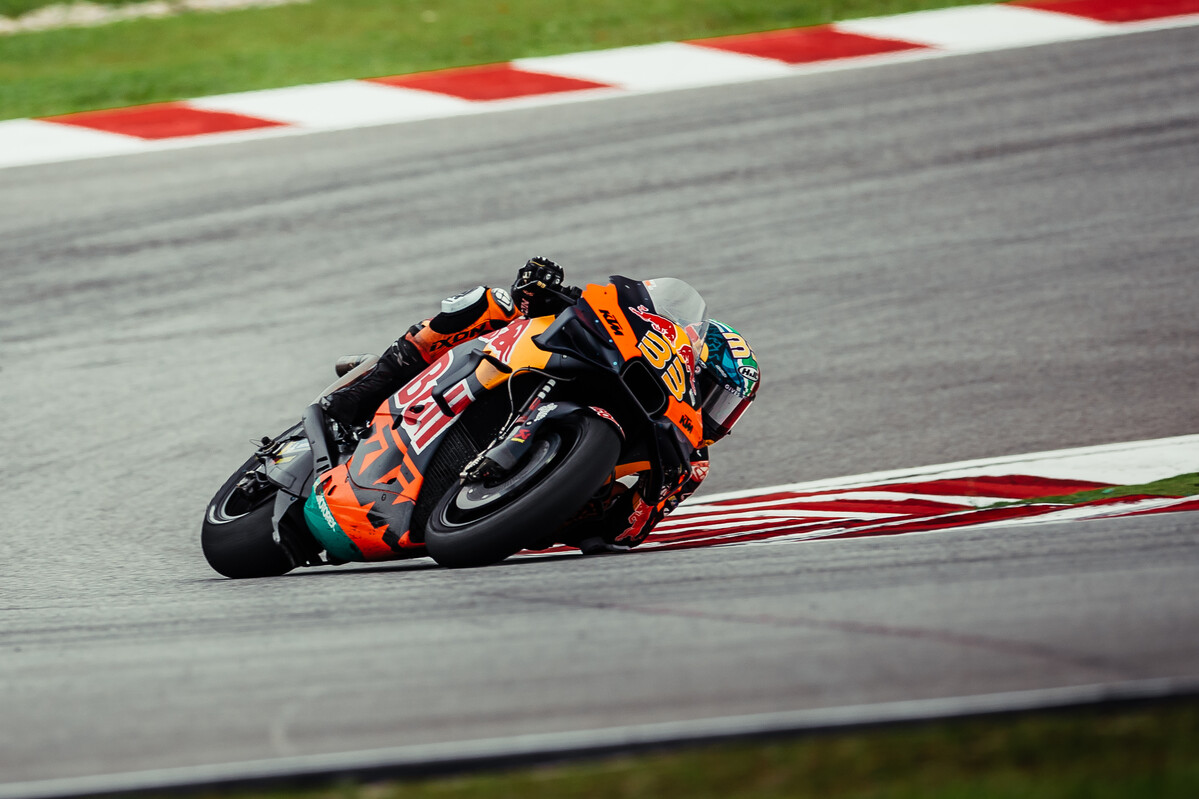 The penultimate Grand Prix of the season drew MotoGP to the sweltering climes of the Sepang International Circuit and under cloudy skies Red Bull KTM Factory Racing’s Brad Binder scored another top ten result to stay within reach of the top five in the championship standings.

Morning rainfall in Malaysia caused concern that the nineteenth Grand Prix of the season could be wet for what was the series’ first competitive return to the wide and fast Sepang International Circuit since 2019. Despite the grey clouds and the humidity the 20-lap MotoGP affair remained dry a large 88,000 crowd took their places.

Brad Binder launched his KTM RC16 from 13th on the grid and tried to maximize his feel for traction and grip. The South African was his customary hard and relentless self and bustled his way into the top ten, earning a deserved 8th at the flag.

After high mileage in trips to Japan, Thailand, Australia and now Malaysia, MotoGP returns to Europe for the curtain-closer. Brad has a 2-point gap over the next nearest rider in 7th but can still catch Jack Miller for 5th in the championship standings. The compact and winding Circuito Ricardo Tormo will stage the Gran Premio Motul de la Comunitat Valenciana on November 5-6.

Brad Binder:
“We learned a lot these last six weeks and had some ‘ups’ as well as some challenging weekends. I need to say thank you to my team because they did an unbelievable job and gave everything every session for me. Unfortunately, the result wasn’t there today and we still need to work to get where we want to be on Sunday afternoons. It is only a matter of time though.”