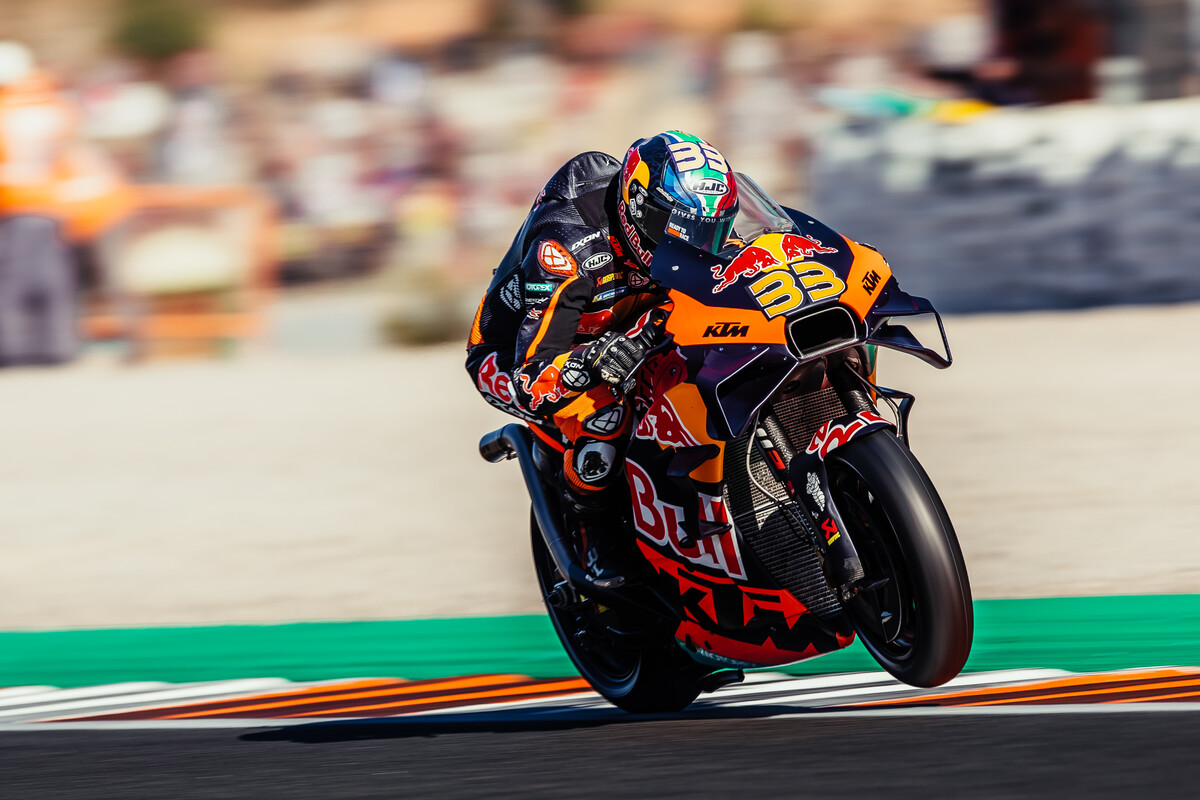 MotoGP arrived to the coastal city of Valencia and the 4km Circuito Ricardo Tormo that traditionally brings the world championship to a close. The flat, twisty ‘bowl’ venue consists of fourteen corners, most of which are tight and narrow, emphasizing the need for decent edge grip, turning and acceleration.

A sunny weather forecast brought some consistency through the practice and qualification schedule on Friday and Saturday even if the riders and teams had to deal with some strong winds on the first day and then cooler temperatures during Saturday morning. Brad ended Free Practice 1 and 2 inside the top ten but then harnessed the benefits of a revised chassis on his RC16 to push to a strong 3rd place in FP3 that ensured his direct Q2 status.

Brad clocked a time on his first ‘flying’ attempt in Q2 that elevated him to 4th. The South African attacked the chrono again in the final seconds but could not perfect a lap, which meant he was half a second from Pole and rested 7th.

“Today was pretty good. I had a little spill in the opening laps of FP3 which was a bit of a setback but when we put in the two soft tires I felt really good and I was able to put together some solid lap-times. I’m really happy to have gone straight to Q2 and then FP4 was really decent; my last efforts were my fastest. I’m optimistic for tomorrow and confident with the bike. I wanted a bit more than 7th in qualifying and couldn’t quite put the perfect lap together but we’re in good shape for tomorrow and let’s try and end the season on a high.”