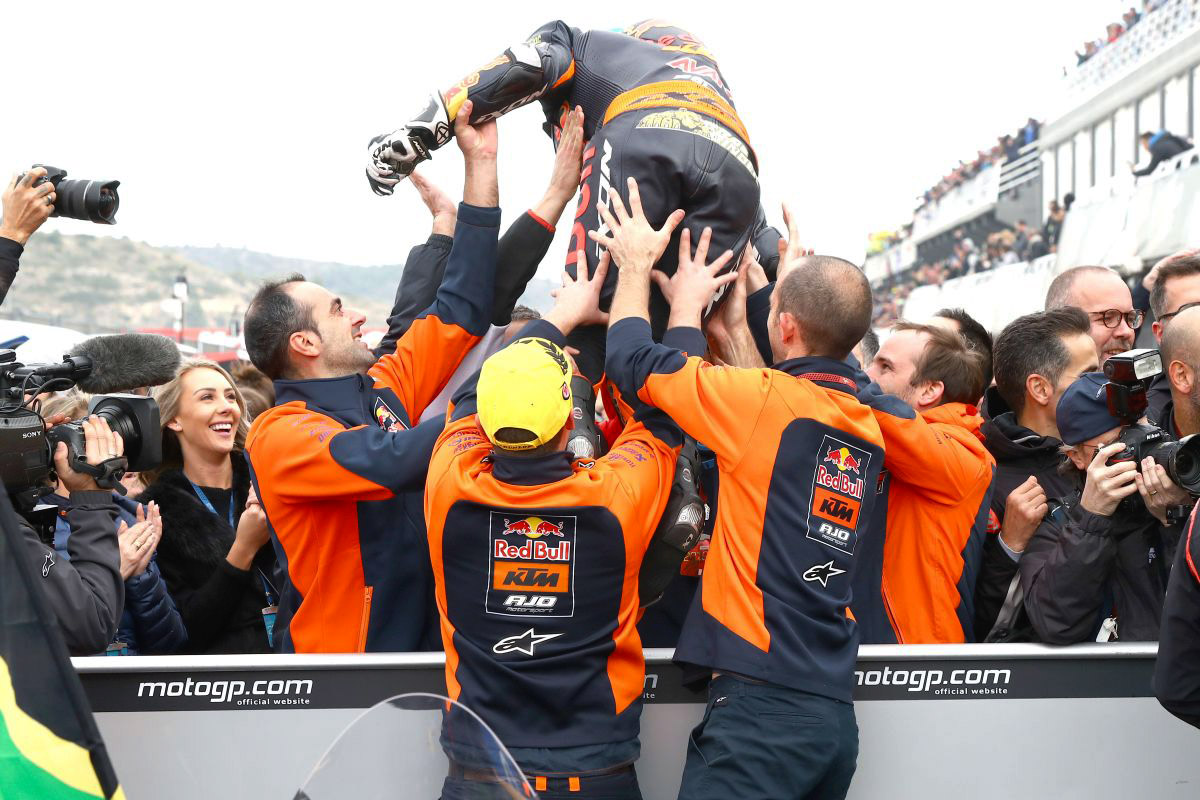 The Red Bull KTM Ajo wrapped up the 2019 season in style on Sunday with another victory at the Valencia GP, thanks to a fantastic performance by Brad Binder. A third consecutive race win for the South African rider secured him the runner-up spot in the 2019 Moto2 standings, just three points behind the World Champion.

The Moto2 race, which was reduced to 16 laps – following a series of incidents and the restart in Moto3 – would ultimately go down to the wire, with Brad completing a late overtaking move on the penultimate lap, to give him his fifth victory of the season. The South African made a great start from seventh on the grid, to move up to second place by lap two.

Brad stayed behind the contest leader until a late move in the final part, which saw him ultimately cross the finish line as the winner. The result gives him the runner-up position in the 2019 Moto2 World Championship, in a season in which he achieved a total of 5 wins and 4 podiums.

#41 BRAD BINDER
“I want to thank the team and KTM for all the work they have done throughout the year. The start of the season wasn’t easy but we kept fighting and working hard. We were in with a shot of winning the championship, and being just three points away from the title is incredible. Throughout the weekend I was riding alone, not following anyone, and today it was a bit harder trying to hunt down the other riders. I stayed focused, gave it all I could and in the end we did it. I have finished my time in Moto2 with a victory.”