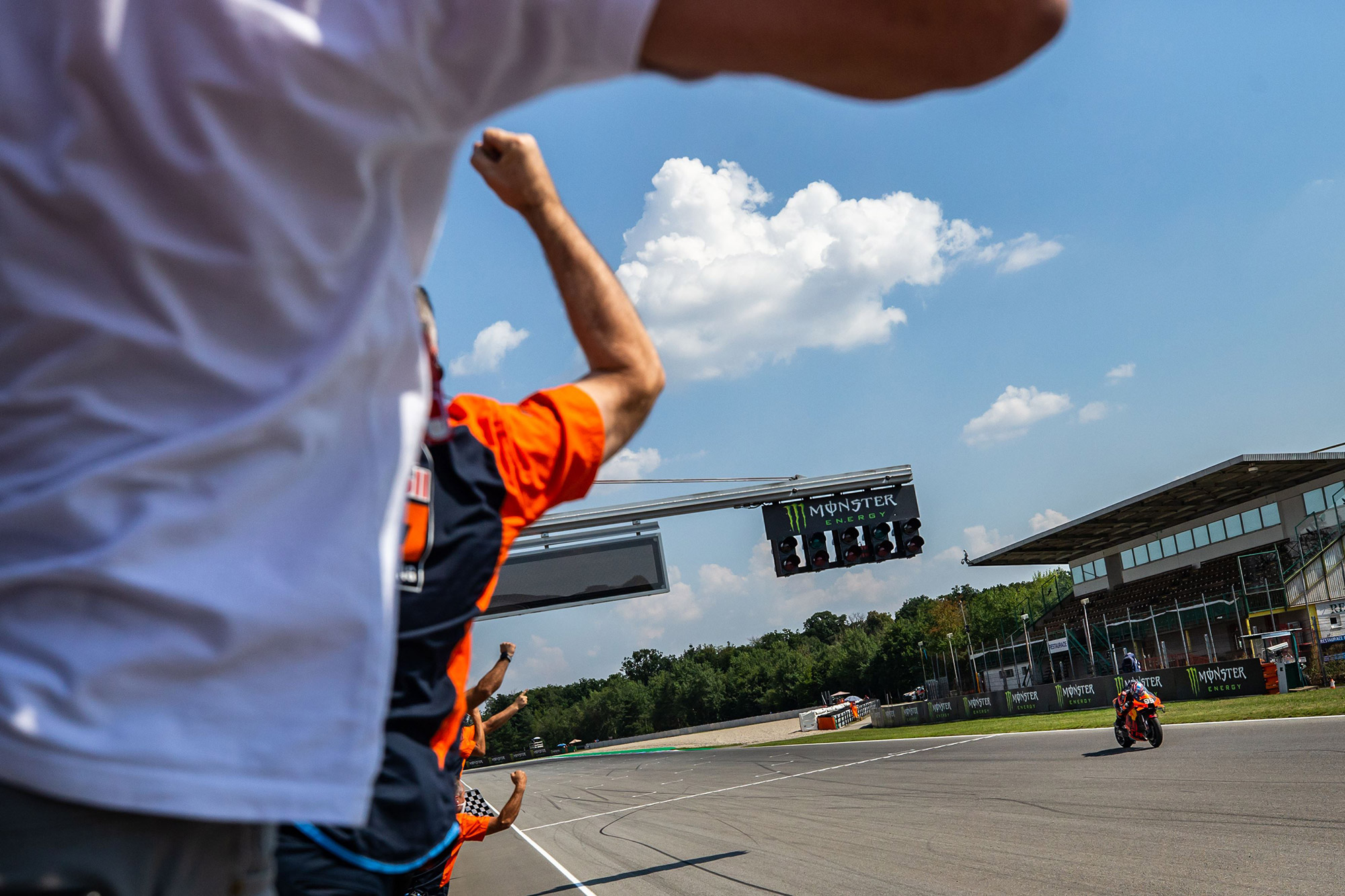 Red Bull KTM marked a major racing milestone today at a hot Monster Energy Grand Prix České republiky for the third round of the 2020 season. Brad Binder, in just his third outing in the premier class, took the KTM RC16 to a clear victory: the first for the company in MotoGP, the first for the South African (and for his country) and the second trophy from only three-and-a-half years KTM have been on the grid.

MotoGP basked in more elevated summer temperatures for the annual visit to the Automotodrom Brno. Teams and riders had spent the better part of two days refining set-ups in the search for traction and to preserve tire life across the bumpy asphalt. Red Bull KTM saw Pol Espargaro and Brad Binder launch away from the second and third rows of the starting grid with the Red Bull KTM Tech3 RC16s machines of Miguel Oliveira and Iker Lecuona also in the mix.

Both Espargaro and Binder settled into the top five from the outset. While Brad found extra speed to work his way to the front, Espargaro was in hot pursuit until he collided with Johann Zarco in the tussle for 3rd place and crashed out on lap 10. Lecuona was also a faller.

Brad went from strength to strength as he passed the winner of the first two Grands Prix, Fabio Quartararo, and also Franco Morbidelli to control the race from P1 and with authority for the last nine laps of the 21.

Brad Binder:
“Honestly, right now, I’m lost for words. I’ve dreamt of this since I was a little boy and today it came true. It is amazing to win my first GP [in MotoGP]. Thank you to everybody who supported me, and the whole team: they put an insane motorcycle beneath me today! I didn’t know if we could win but I knew we would have a go. It was the craziest ten laps of my life at the end. I was being as soft as I could. It was incredible. Unbelievable.”